During the times of the adverse situations of the pandemic, you want Netflix to provide you a jolt to the system. For that, you’ll be needing a good thriller that may not go severe on the bloodshed and violence, but still manages to rattle you to your core. The streaming service does have a solid selection from the genre.

If you need a bit of guidance on what thrillers you must check out, go through our recommendations below of the10 Best Thriller Movies On Netflix –

Netflix squeezed in the streaming sensation before the end of 2018 with Bird Box, the star-studded thriller starring Sandra Bullock who plays as a mother trying to protect her children in an apocalyptic world Set across two timelines; Bird Box presents a group of survivors through the end of the world after a mysterious force starts causing people to kill themselves on sight. Naturally, the movie is up for plenty of thrills and gags based on the anxiety staging some pulse-pounding set-pieces in the fight for survival, which is why it’s on our list of the 10 Best Thriller Movies On Netflix.

Drive may not be for everyone, but it portrays a gorgeous and transfixing twist on a thriller. Ryan Gosling stars as a Hollywood stunt driver who has been highlighted as a getaway driver, but his survival gets complicated when he strikes up a relationship with his neighbour, played by Carey Mulligan. The film tackles several severe issues of violence and masculinity; all while wrapped up in a semi-sweet romance story.

The amazing soundtrack alone is enough reason for it to be on our list of the 10 Best Thriller Movies On Netflix.

Before filmmaker Denis Villeneuve blew minds with Blade Runner 2049 or Arrival, he made a head-spinning psychological thriller called Enemy featuring two of Jake Gyllenhaal‘s best performances. Enemy is about a solitary college history professor who leads a mundane life, only to discover a doppelganger actor. He starts investigating the doppelganger’s life, and reality itself appears to bend as the professor spirals further and further down the rabbit hole.

It also features one of the scariest shots ever put into a film, which is why it’s on our list of the 10 Best Thriller Movies On Netflix.

Jeremy Saulnier created one hell of a pressure cooker with his 2016 film, Green Room. The plot concerns a punk rock group that inadvertently lands a gig performing for a bunch of neo-Nazis. But as they’re leaving, the group witnesses a murder and suddenly finds themselves at the mercy of the neo-Nazis led by the cold, calculating Darcy (Patrick Stewart). Green Room will happily fry all of your nerves as you see the rockers try to escape only to be met with extreme violence at every scene. Despite the harrowing violence and chilling experience, Saulnier still manages to find excitement and twists through the darkness.

The must-see thriller Uncut Gems is definitely one of 10 Best Thriller Movies On Netflix, it contains quite possibly the best performance of Adam Sandler’s career. He plays a Jewish jeweller and gambling addict in New York City’s Diamond District who much track down an expensive gem he purchased in order to pay off his debts. The film chronicles his journey pretty much minute-by-minute, with directors Josh Safdie and Benny Safdie maintaining a masterful sense of tension throughout. Seriously, from pretty much the first scene to the last this is a nail-biting thriller that will have your stomach in knots but your brain riveted. You’ve been warned.

This mind-bending release is the second from filmmaker David Fincher to appear on the list of best thrillers on Netflix. First unveiled back in 2014, the psychological thriller sees a dishevelled Ben Affleck accused of murdering his missing wife. With no body and no motive to speak of, there are supporters on both sides of the equation, however, as the mystery unravels, the tale of deception takes a strange turn.

David Lynch’s genre-bending 2002 film Mulholland Drive is not one that can be put down in words. It’s a confusing tale that sees Rita, a dark-haired beauty suffering from amnesia team-up with Betty, a fresh-faced blonde actress on the hunt to discover Rita’s true identity. Don’t expect to enjoy this film the first time around, David Lynch does not make movies for the casual viewer. While Mulholland Drive is one of the best thrillers Netflix has available, it will require a few watches to truly understand what is happening. 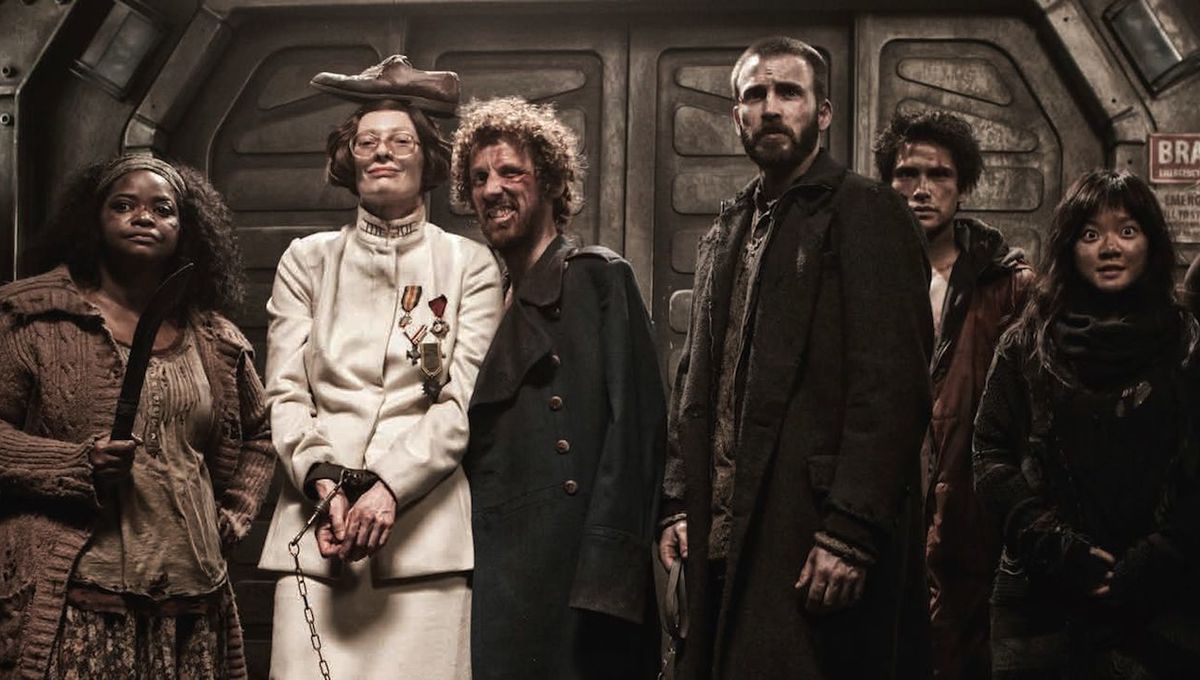 While Bong Joon-ho appeared into the fame after his film Parasite won Best Picture at the 2020 Oscars, Snowpiercer was shot way back in 2013. The movie takes place on a train that is housing the last of humanity after an attempt to stop global warming accidentally created a new Ice Age.

However, passengers on the train are now separated by income, and one man (Chris Evans) decides to lead a revolution in order to get better conditions for those in lower-class. The movie also stars Song Kang-ho, Tilda Swinton, Jamie Bell, Octavia Spencer, Go Ah-sung, John Hurt, and Ed Harris.

Matthew McConaughey is Mickey Haller, a criminal defence attorney who discovers that a high-profile murder case he has recently taken on might be connected to one he handled in the past and that his client might have murdered others.

The story is adapted from Michael Connelly novel of the same name and others featuring the character of Haller. The film itself has been called “briskly enjoyable entertainment.”

This film is a story of an 18-year-old young man who has been sent to boarding school after injuring another student, While he’s away he gets the news that his father has died in a car accident. As he searches for the truth about the accident, he uncovers more than he bargained for. His father was not only likely murdered but his family has been caught up in activities he could never have imagined.

Stay tuned to The Hollywood Tribune for latest updates on some other thriller movies on Netflix and more news from Hollywood and Beyond.