With the wounds of partition still fresh, will Lata and Maan find a way to reclaim their independence and express free choice to find, “A Suitable Boy”?

‘A Suitable Boy’ takes us back in time when India has just gained freedom from the clutches of the Imperial rule. The Mira Nair directed series is set in 1951 and is a fresh take on the lives of the freedom experienced by women in India. Apart from having the basic rights of having access to education, it explores the lives of women in terms of their marital status.

Mira Nair has brought to us some of the critically acclaimed movies like Monsoon Wedding, The Namesake, Salaam Bombay, Kamasutra, and many other films too.

If you are a fan of Andrew Davies’ works like—  Pride and Prejudice, Sandition, War and Peace, you are going to fall in love this show immensely. ‘A Suitable Boy’ is the adaptation of the classic novel written by Vikram Seth and the master-adaptor Andrew Davies has penned this six-part series.

Before you watch the show, here’s what you need to know about the show—

Release date of A Suitable Boy :

The show is all set to release on Netflix in India along with BBC One in the UK around the same date. The show is dropping on July 26, 2020, Sunday, at 9 pm.

Although the show began filming in the summer of 2019, it wrapped up pretty early to be able to release in mid-2020. It was being speculated that the show is likely to premiere in the latter half of 2020.

What is the plot of A Suitable Boy : 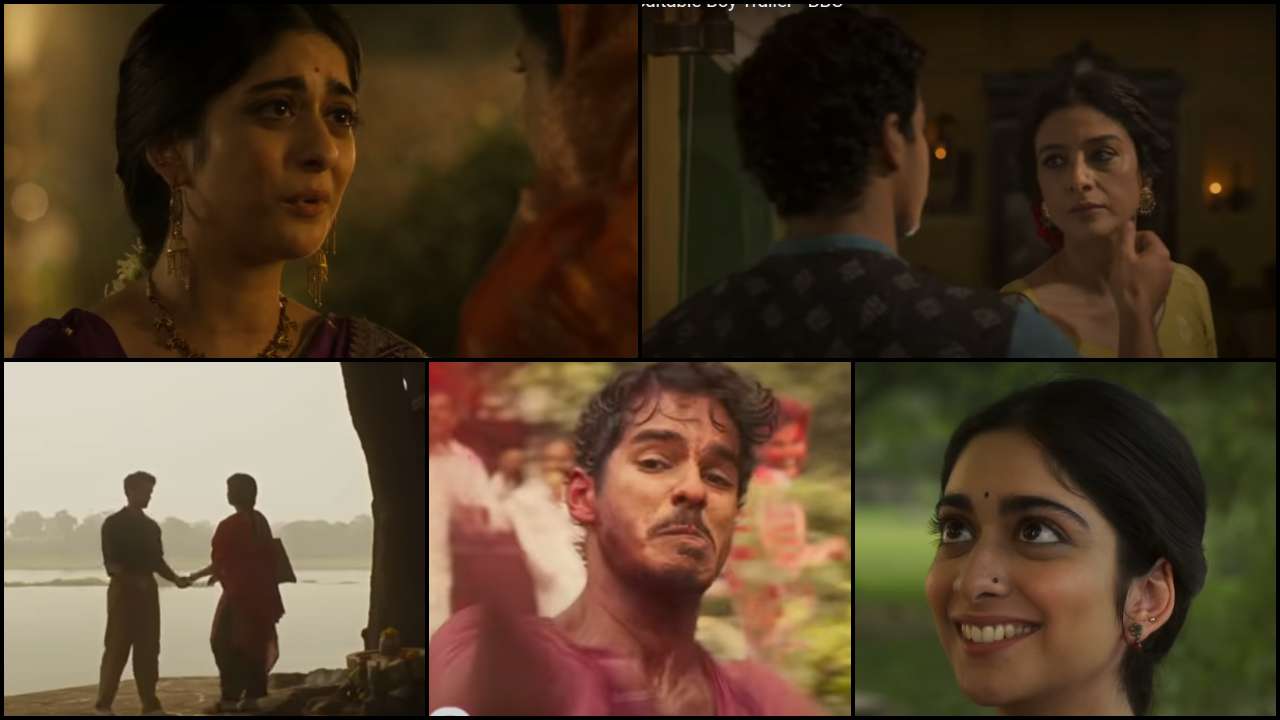 The story is set in the aftermath of India’s independence. It narrates the fortunes of four influential families based in Northern India in the year 1951. Amidst the chaos of adjusting to the newfound independence and preparation of the first-ever elections, it delves deep into the love stories that will be immortalised.

Lata (Tanya Maniktala), a university student is a hell-bent to pave her way towards independence. This includes rejecting her mother’s attempts to find her “a suitable boy” to marry because she has come of age.

A hedonistic young man, Maan (Ishan Kattar), who is connected to Lata through the marriage of their siblings is a disgrace to his father who is a politician. Maan is obsessed with this beautiful courtesan Saaeda Bai (Tabu).

The trailer of A Suitable Boy:

From the trailer, you can expect to be blown away by its sheer brilliance. Lata is struggling with finding her independence at home, as a woman. It is uncommon for a woman to refuse to marry and follow her happiness. On the road to freedom, she falls in love with a handsome man, but it poses a huge problem for their union because he happens to be a Muslim.

Maan is irrevocably in love with Saaeda Bai and his father is relentless on tearing them apart. Mostly out of embarrassment, because he’s a politician and his son is head over heels in love with a mistress.

This story will take you beyond your boundaries and let you explore yourself and love that is supposed to be boundless.

With the wounds of partition still fresh, will they find a way to reclaim their independence and express free choice to find, “A Suitable Boy”?

Stay tuned to The Hollywood Tribune for the latest updates on ‘A Suitable Boy: What To Expect From New BBC Drama?’ and more news from Hollywood and Beyond.

Is Keanu Reeves Returning for 'Constantine' Sequel? Here's What We Know