No more weird tangents or silly storylines – Archer Season 11 is here with a bang. Archer was created by Adam Reed, who executive produces along with Matt Thompson and Casey Willis at Floyd County Productions. The series is produced by FX Productions. It aired on FX for its first seven seasons before moving to FXX in Season 8. Seasons 1-10 of Archer are available for streaming on HULU.

For all those who don’t know, Archer premiered on FX all the way back in 2009. Drawing humour from inspirations such as the James Bond franchise, the animated series followed the adventures of a spy agency. The team is lead by Sterling Archer: the self-proclaimed “World’s Greatest Secret Agent.” In the dramatic conclusion to Archer season 7, however, he was left comatose after being shot multiple times and almost drowning in a swimming pool. 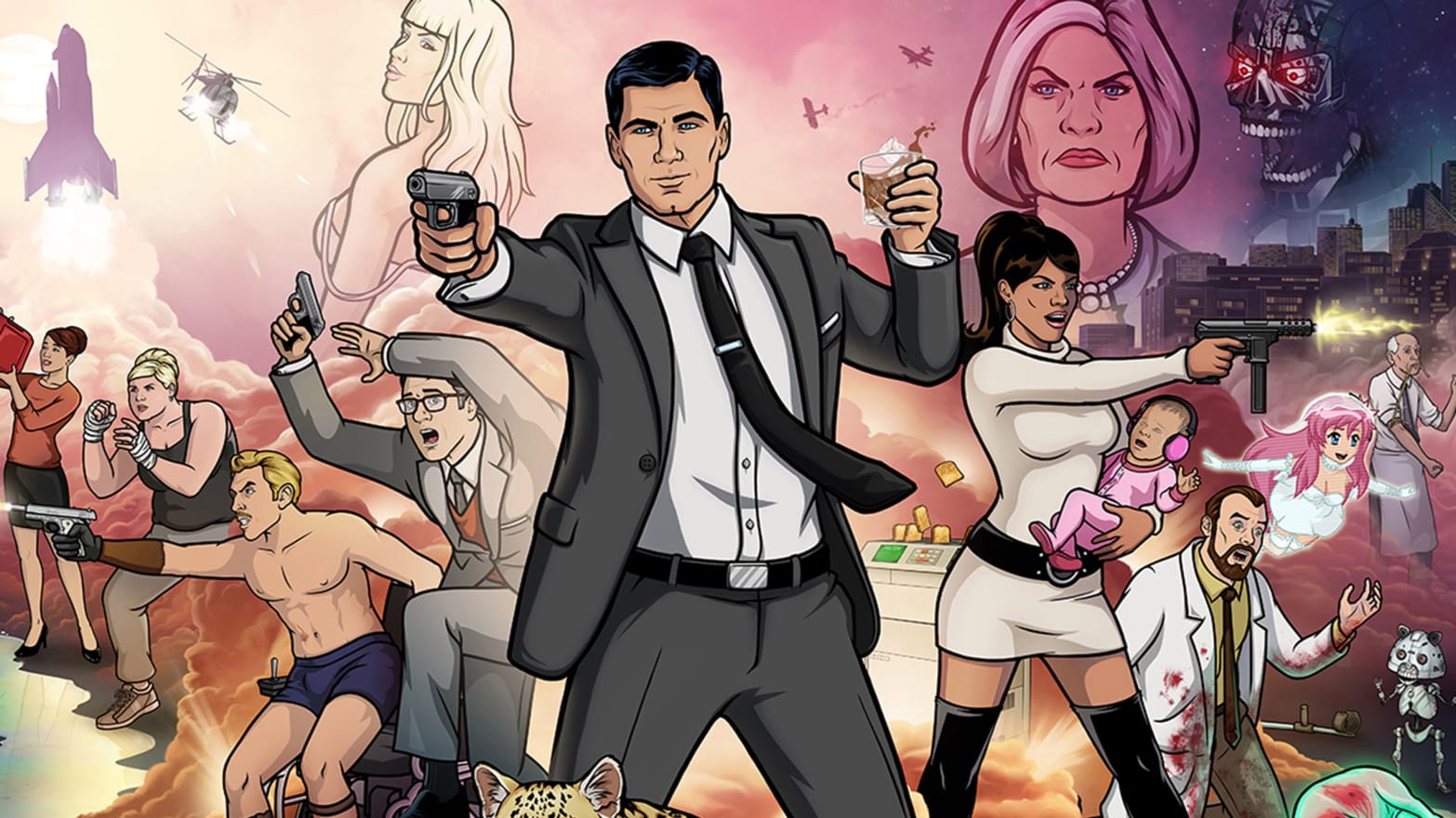 The team is back to its regular shenanigans with Sterling Archer at the helm alongside the usual personalities including Lana, Cheryl, Pam and Cyril. Thankfully, the trailer also hints at the return of original banter and pun-filled one-liners we know and love from the earlier seasons.

For the ever-hilarious “Archer” production team, unprecedented challenges call for unprecedented jokes. “Every other day, some sort of giant problem crops up because of working from home and coronavirus and whatever,” executive producer Casey Willis said. “So we have a [running] joke: ‘What’s that? Oh, now bears are attacking us? Well, I guess we’ve got to figure out bears now.’” 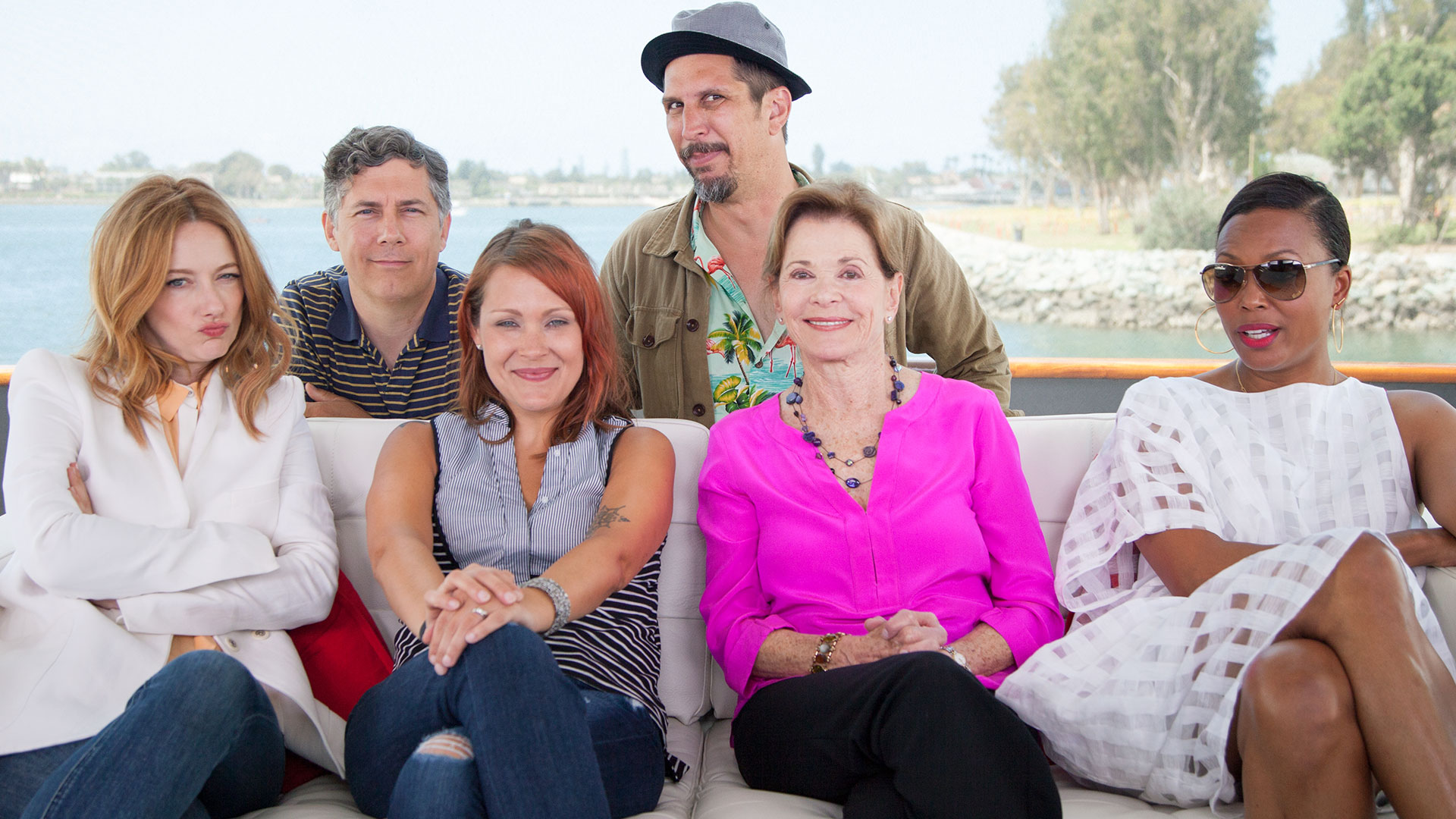 Guest actors — like Pamela Adlon, who joins the cast for the first time this year — and series regulars alike have pitched in, illustrating how committed everyone involved with “Archer” has been to launch the new season. 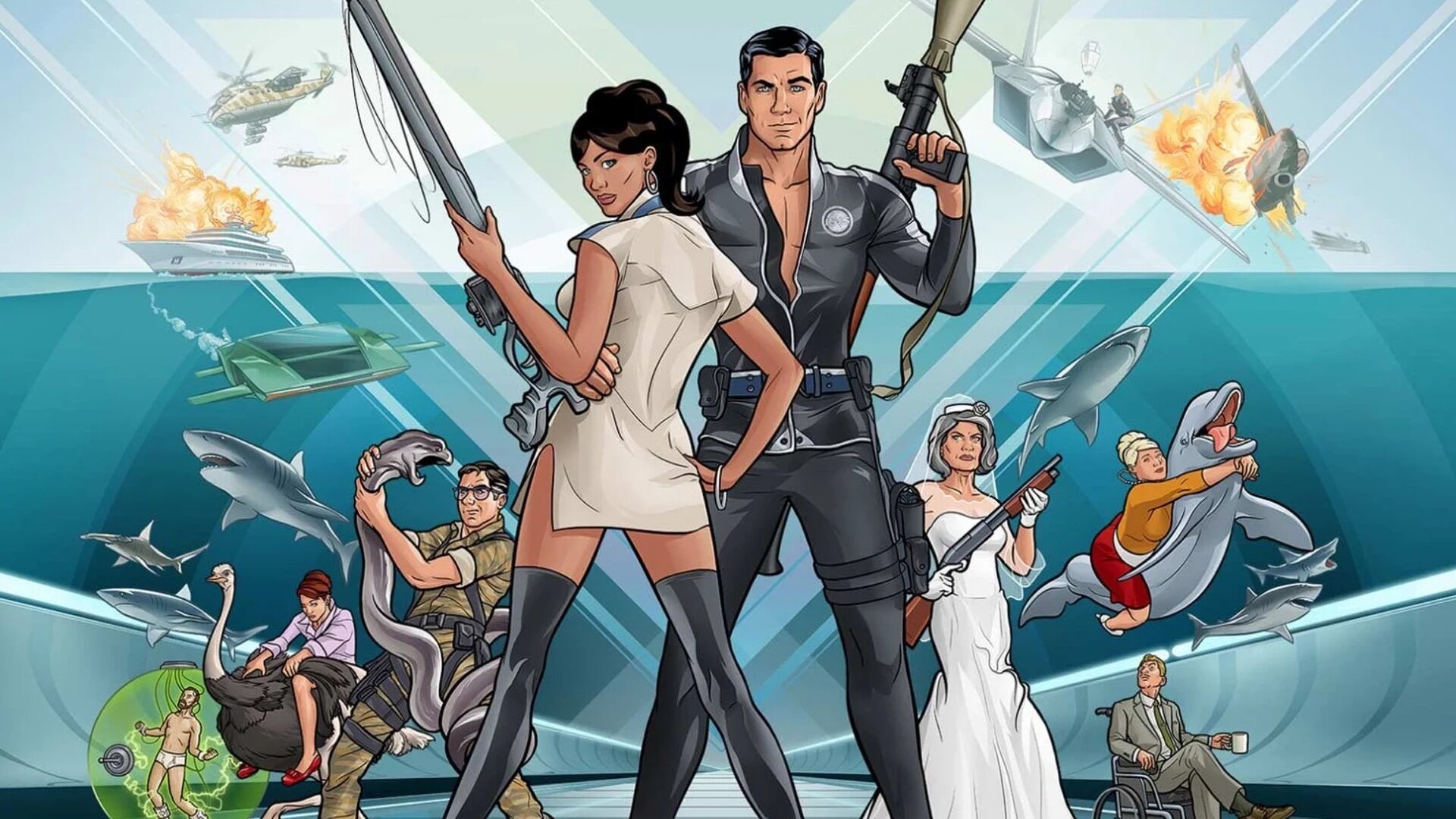 Archer season 11 will premiere on FXX September 16th, 2020 with an eventual Netflix release likely in the pipeline for soon after. The eleventh season was scheduled to premiere on May 6, 2020, but was postponed until September due to the ongoing pandemic. 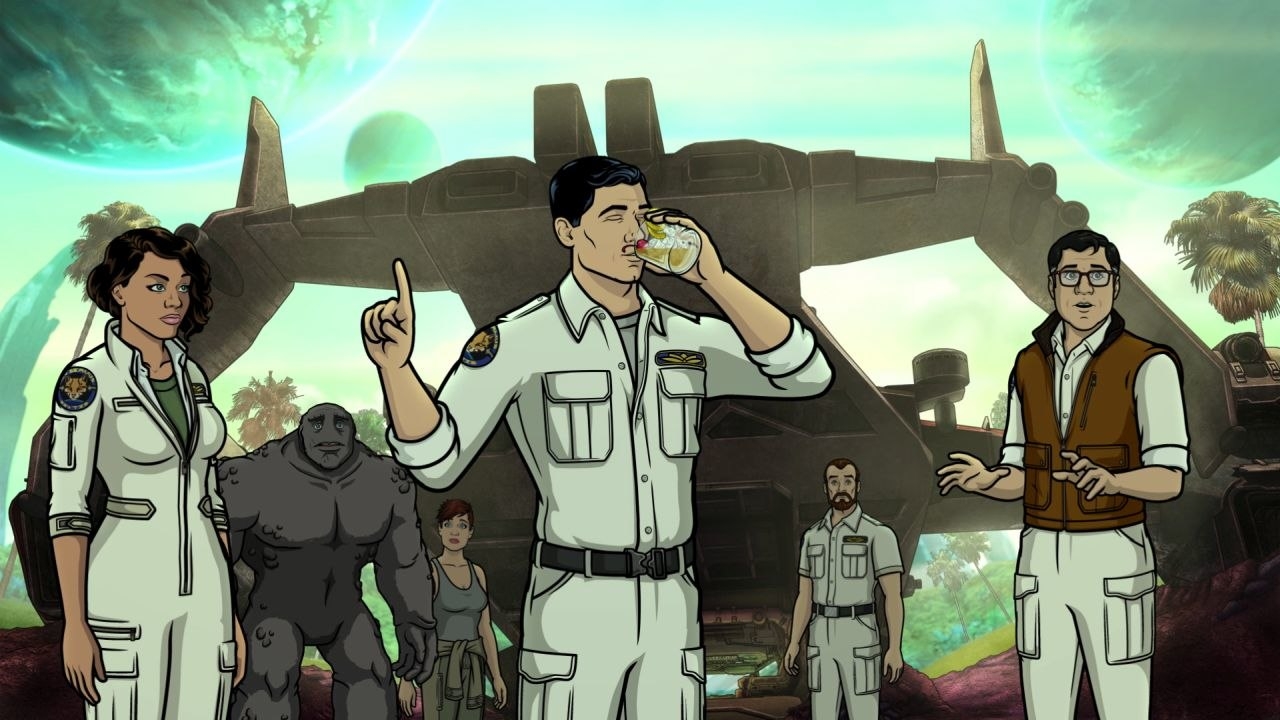 No official story or season-long theme was confirmed at the time of Archer season 11’s announcement. In more recent seasons, Archer has revolved around a different theme as one of the side effects of Archer falling into a coma.

The upcoming season reportedly marks a return to the series’ roots, after Archer slipped into the coma in 2016. In the past three seasons, fans have been given seasonal adventures set within Archer’s dreams. “Dreamland” (Season 8) portrayed the show as a ’40s Los Angeles noir, with Archer playing a private eye;

“Danger Island” (Season 9) saw him as a pilot, shifting from a dark story told in a shadowy city to an exuberant adventure set in sunny South Pacific. Each season has kept its cast and sly sense of humour, but little else — including one last voyage, into space, for “Archer: 1999”(Season 10).

The movie ‘Alien’ provided bookends for “Archer: 1999,” starting with Sterling waking up alone on the ship and ending with unknown things happening, Archer going crazy, and a head-fake homage to ‘Alien’s’ infamous breakfast scene.

This strong structure was matched by a cohesive visual palette — one the animation team had to engineer each season in a task rather unique to TV: Living in a different dream meant animators had to start from scratch every time. And their hard work sure paid off! 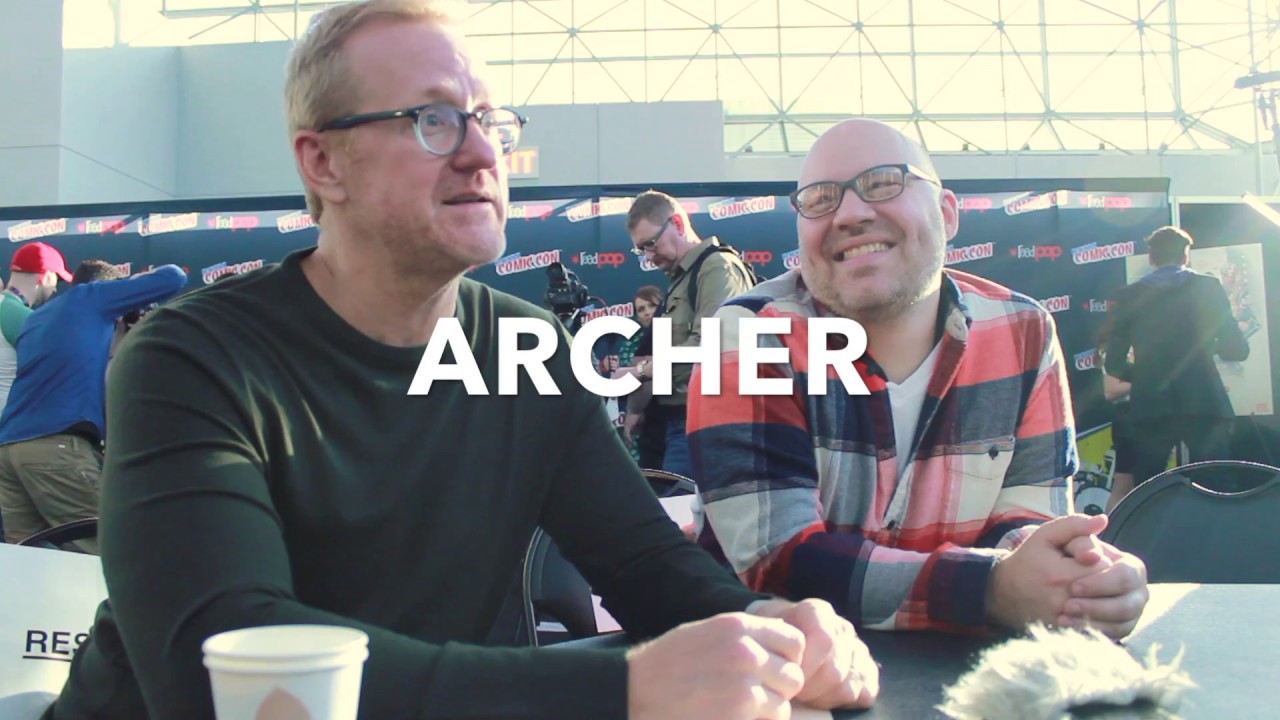 Entertainment Weekly exclusively spoke to executive producers Matt Thompson and Casey Willis about their season 11 shakeup. And when asked about the adventures of season 11, here’s what they said.

THOMPSON: The main thing is Archer and how lost he is. He feels everyone has left him behind. The only person who seems to give a f— is Pam, and she’s like, “Hey, buddy, let’s go get a drink, I still love you.” But everybody else treats him like an afterthought, he’s not what he was, and he’s actually making them worse at their jobs. He’s in the way.

And that exploration of truly something different for Archer as a character is exciting for us. So it’s about him, and how having him back in the group forces change upon all of them.

WILLIS: Archer can’t understand how everything moved on without him; he’s the centre of the universe in his mind. And Archer is going to change throughout the season as well.

We are not going to provide summaries for all the seasons, mind you; you have to watch this fun show yourself! And, it would make this article way lengthy.

The Archer season 11 trailer has arrived! And the eponymous spy has woken up from his long coma. (Finally!) First announced at a 2019 San Diego Comic-Con sneak peek screening and cast/producer Q&A by Nick Grad and Gina Balian, FX Entertainment Presidents, confirmed that Season 11 will follow hard-charging / hard-drinking Sterling Archer and his return to spycraft after awakening, mostly likely thirsty and angry at Lana, from a three-year coma.

And surprise surprise, Cyril Figgis got ripped! The operative that was shy now sports a half-hour that is bulging. Meanwhile, Cheryl has stopped drinking and eventually becomes “new better Cheryl.” Of course, having Sterling back — and today using a walking cane that is gadget-filled — is sure to rock the boat and restore order.

What Changes Could We See In Archer Season 11? 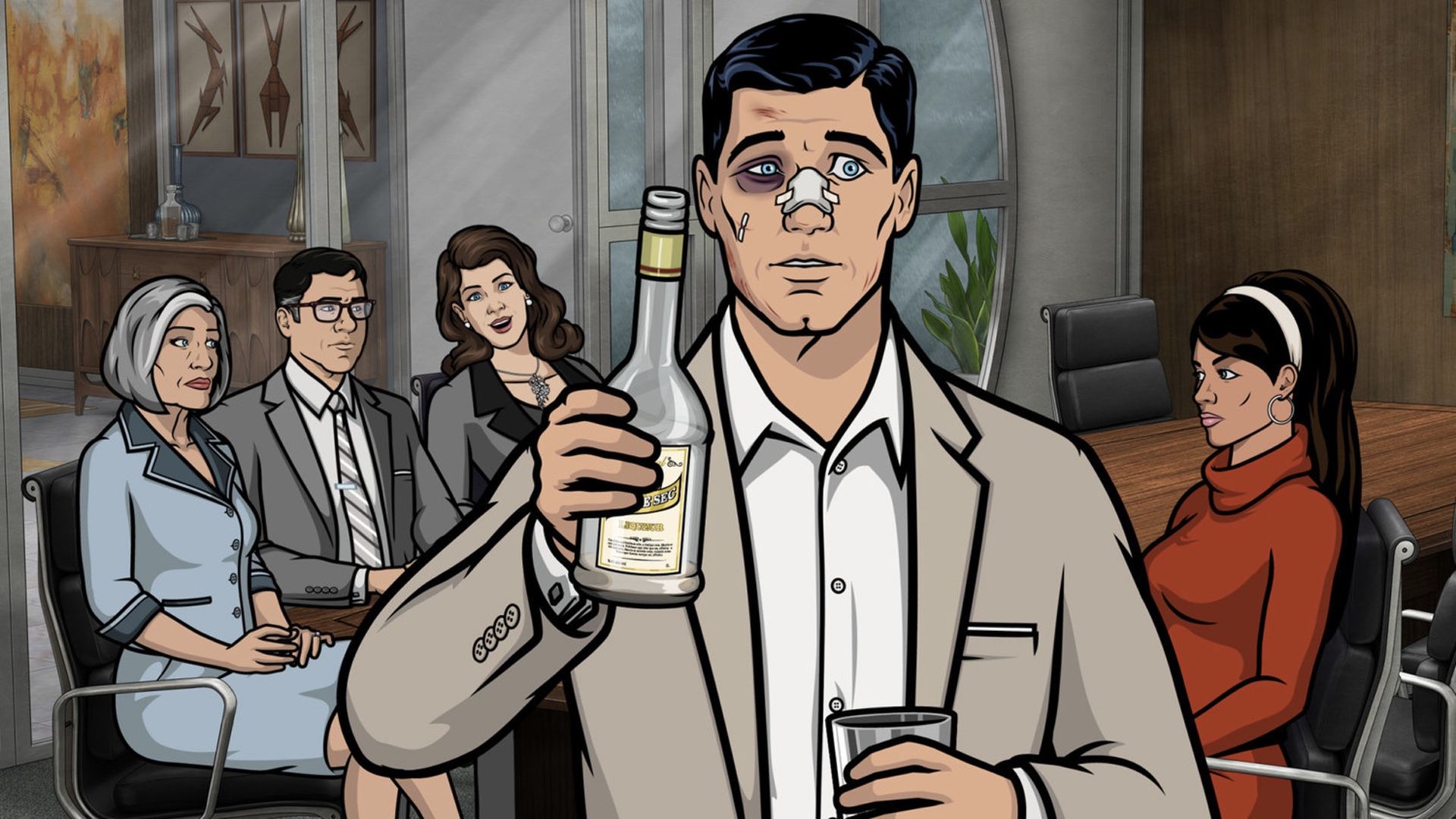 Surprisingly, Archer is advised that a stringent ‘no drinking on duty’ policy is set up. Archer being Archer, obviously, he tried to bypass that and get other people to drink. Nevertheless, Cheryl and Pam deny his offer, vocally committed to being better individuals and representatives. Likewise, his attempt at the group’s usual brand of comedy dropped flat — with Lana customarily calling for professionalism. Now, that’s gotta hurt.

Archer season 11 could serve as a test for its titular character, forcing him to adapt and redevelop himself all over again. In terms of metaphors, Archer’s journey will, therefore, parallel that of the show itself as it endeavours to remain fresh. Then again, as briefly teased by Cheryl at the end of the trailer, he could just as easily serve to drag the rest of the team down to his new level.

But, whatever the case may be, we love Archer and can’t wait for the spy to make his grand re-entry. Stay tuned to The Hollywood Tribune for latest updates on Archer season 11 and more news from Hollywood and Beyond.