Directed by Dean Parisot and written by Chris Matheson and Ed Solomon, ‘Bill And Ted Face The Music‘ is an upcoming American fiction comedy film hitting theatres late 2020. This film marks the 3rd instalment in the Bill and Ted universe. In addition to that, it is also the sequel to its previous, Bill And Ted Bogus Journey.

Brace yourselves cause today, we at The Hollywood Tribune will tell you all about the new release date and trailer of the upcoming American film, Bill And Ted Face The Music.

What Is The New Release Date For The Upcoming Sequel?

Due to the on-going pandemic, several studios have shut down worldwide. Above all, productions have halted and the shooting progress has been delayed. Thus, the virus that pushed back the release dates of Bill and Ted Face the Music from 12th August to 28th August and now, to September. The film will premiere on September 1st 2020 by United Artists Releasing.

Wanna know something else? The doors of theatres are wide open for customers. That means this film will soon be on screens in the US. Well, but you need to go with all care and precautions. On the other hand, the film will also be heading to TVNZ ON-DEMAND.

What Is The New Trailer Of Bill And Ted Face The Music About?

Bill & Ted Face the Music revolves around familiar characters, Bill S. Preston (Winter) and Ted “Theodore” Logan (Reeves). The film introduces us to Samara Weaving and Brigette Lundy-Paine as Bill and Ted’s daughters. Looks like they now have a family to take care of and are yet to fulfil their rock ‘n’ roll destinies. Things take a turn when they greet a person from the future and warn them that their rock ‘n’ roll is the only way that can save the world.

Make sure you guys check out the trailer and endorse every moment of the cinematic glory. Not only that but also take a look of the new Bill and Ted Face the Music poster by Orion Pictures as well and get a glimpse of what the film will look like.

What’s More To This Sequel? 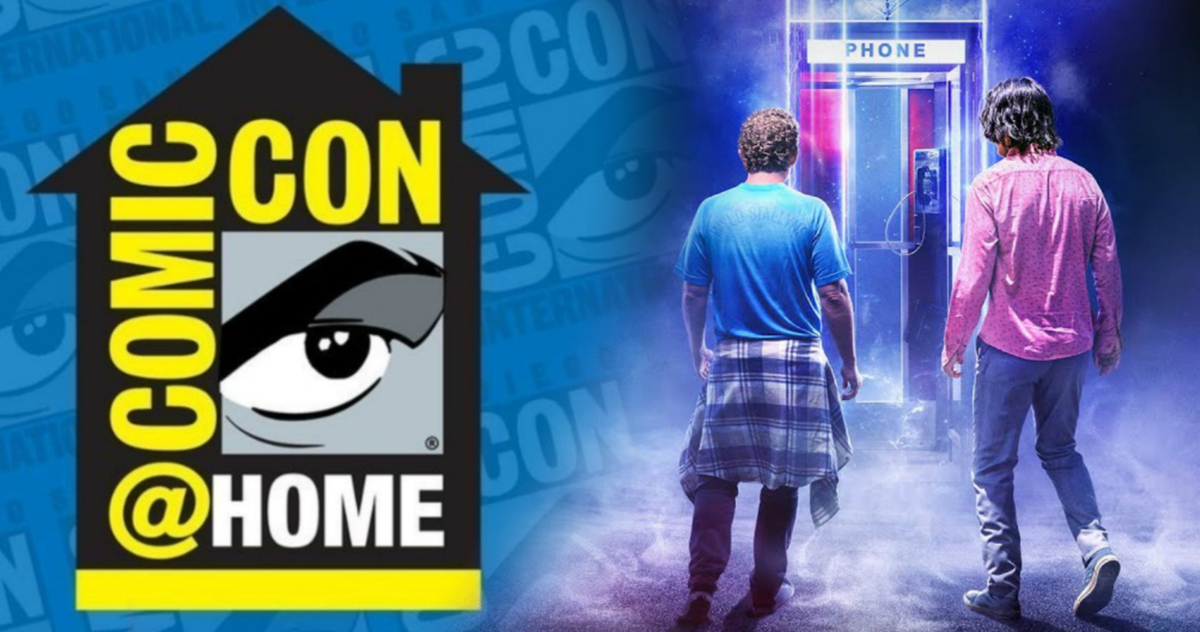 Bill And Ted Face the Music will move towards the Comic-Con@Home for enriching the most excellent panel discussion moderated by Kevin Smith. The event takes place on Saturday, July 25 at 3 pm PST.

The panel is said to include hot stars such as Keanu Reeves, Alex Winter, Samara Weaving, Bridgette Lundy-Paine and William Sadler.

In addition to that, it will also include the director Dean Parisot as well as the screenwriters Chris Matheson and Ed Solomon.

Stay tuned to The Hollywood Tribune for further update on Bill And Ted Face The Music and other news from Hollywood and beyond, until then, have a good day folks!