Da 5 Bloods opens with an excerpt from a 1978 interview of Muhammad Ali a critic of the Vietnam War saying “My conscience won’t let me go shoot my brother, or some darker people, or some poor, hungry people in the mud, for big powerful America.” He continues “And shoot them for what? They never lynched me. They didn’t put no dogs on me. They didn’t rob me of my nationality”.

Then Da 5 Bloods moves to documentary footage from that era that includes images of black GIs, casualties in Vietnam, to add to this, we get to witness the atrocities being fought in America and includes speeches from Malcolm X, Bobby Seales, Angela Davis, Nixon. To heighten the drama, Lee uses footage of Nguyen Van Lem’s execution, which is shocking, to say the least, but cannot be unseen. 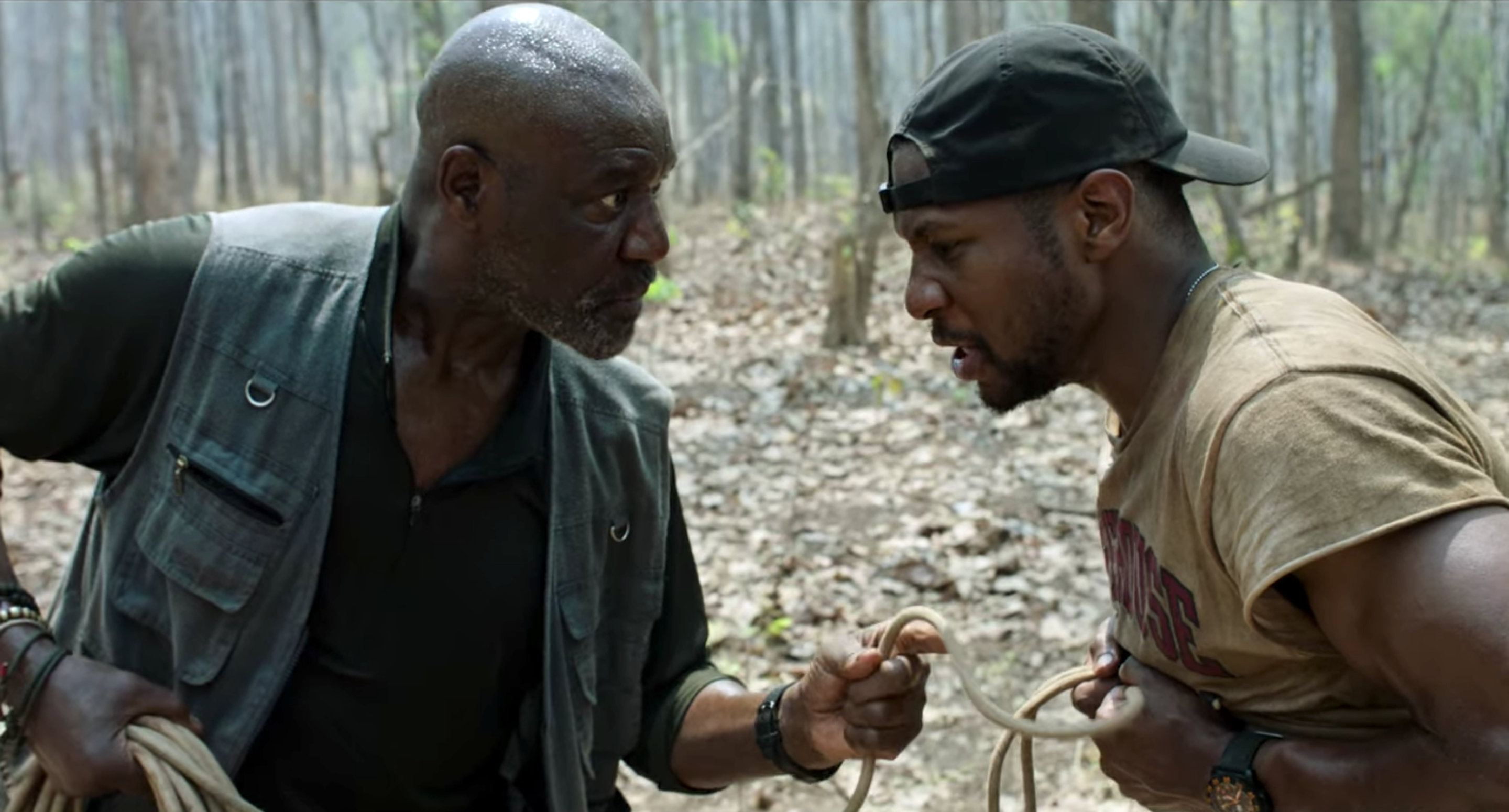 The prologue aptly summarizes how horrific Vietnam War was and thereby setting the tone of this movie. The film opens up with the four remaining “bloods” meeting up at a hotel in Ho Chi Minh City to find and recover the body of their fellow comrade, the fifth “blood” and bring him home. Also in their plan is to recover a stash of gold that they had found during their time in ‘Nam, which was intended for the Vietnamese that fought with Americans. Da 5 Bloods starts off with a nostalgic tone quickly turning into a heist-thriller-cum-tragedy that is equally hypnotic and passionate.

The five men – lead by Paul (Delroy Lindo in one of the best performance to come out of a Spike Lee production) a paranoid, PTSD afflicted ex-con who wears a “Make America Great Again” cap. He too like his president despises ‘minorities’, wants to build a wall and he displays all of his failings on his son David (Jonathan Majors) a black studies teacher. 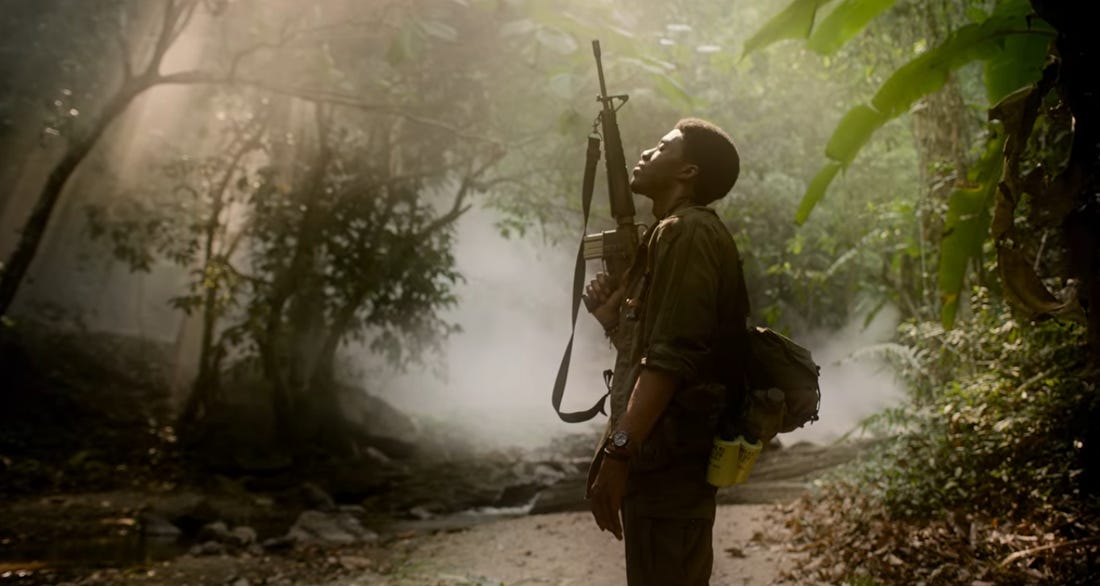 Paul is the distrusting one among his colleagues which includes medic Otis (Clarke Peters), sardonic Melvin (Isiah Whitlock Jr.) and the wealthy idealist, Eddie (Norm Lewis). Chadwick Boseman plays the character of Stormin’ Norman also the “bloods” leader in Vietnam, and we hear Otis saying to his godson David that to Paul “he was like a religion”. They are assisted to the base of their jungle journey by a trustworthy guide called Vinh (Johnny Tri Nguyen), and he provides the context from what he calls “The American War”. Vinh also points out the fact that they have come to a place that they figuratively never left.

“Da 5 Bloods” cuts back and forth to their time in ‘Nam and present day, and in those flashbacks the four ‘bloods’ play themselves without any de-ageing CGI (which Irishman was filled with). Though Da 5 Bloods seems to be striking at first, the visual language is remarkable in this movie. Surprisingly it also happens to be the first Vietnam movie that is entirely seen through the eyes of black soldiers. In addition to this, there’s plenty of commentary about present vs past events plus it’s filled with plenty of action which keeps the Da 5 Bloods running for 157 minutes. 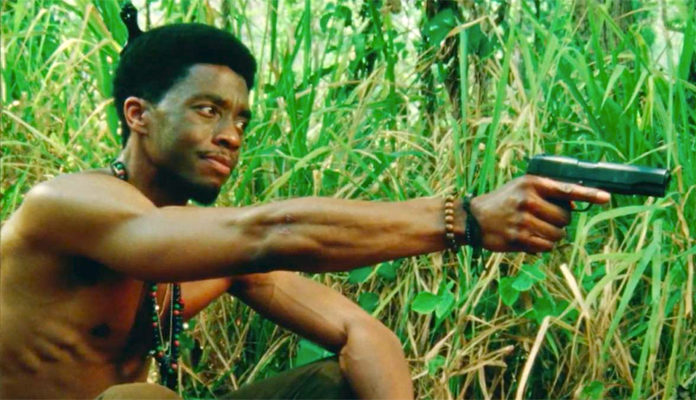 Cinematographer Newton Thomas Sigel shoots both extraordinary and horrific images while playing with different aspect ratios which you cannot be annoyed about. On the underhand, to engulf this experience we hear Marvin Gaye’s distinct yet mournful Inner City Blues (Makes Me Wanna Holler) and Terence Blanchard’s beautiful yet terrifying score across the movie. Lee’s use of Gaye’s album “What’s Going On” is what will stay with you long after the movie is over.

The movie also has disc jockey called Hanoi Hannah who lets them know about Martin Luther King’s death, and it is she who taunts them by asking them why are fighting for a country that treats a black man as a second class citizen. 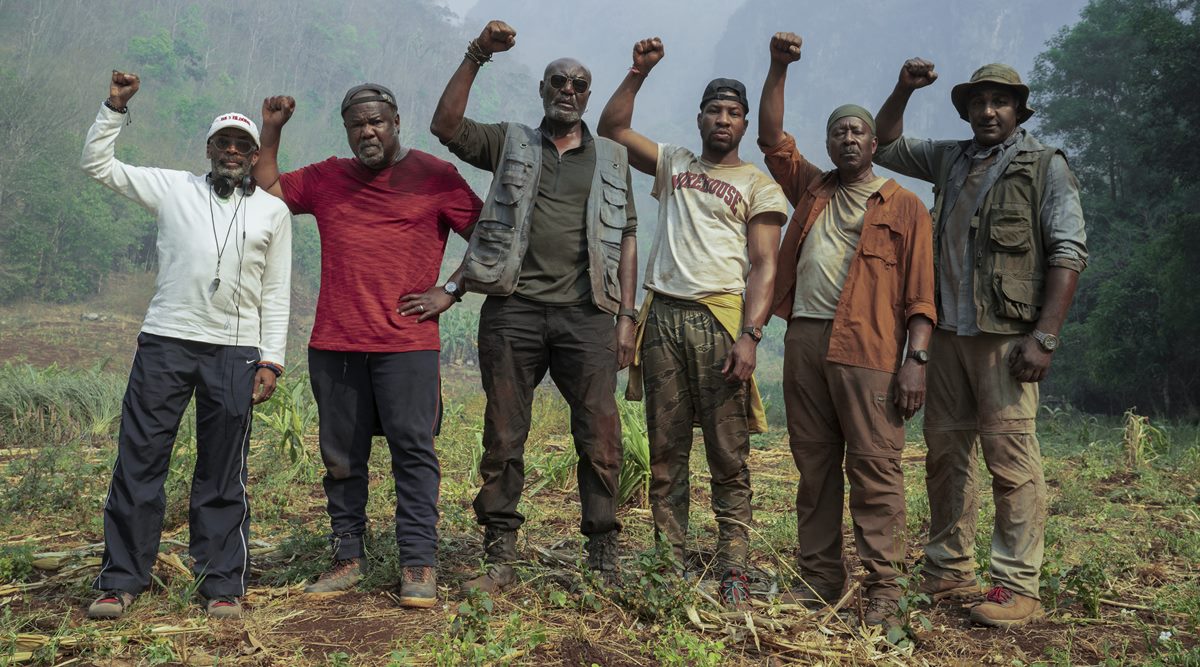 Finally, Lee has made a fresh-exciting movie that everybody deserves to enjoy, but what separates Da 5 Bloods from other movies is its perception of blackness, whether they are in heroic situations or in human ones. It’s not at all surprising that it ends with Martin Luther King giving a speech on April 4, 1967, exactly one before his assassination, where he quotes poet Langston Hughes “Let America Be America Again”.

We from The Hollywood Tribune family will definitely recommend Da 5 Bloods to all of you.