danny G is a 22-year-old artist who is taking over the Hip Hop/ Pop scene in Nashville. The young up and comer has defied genre limits and drawn inspiration from top pop artists such as Charlie Puth while also harnessing influence from rappers including Drake and YBN Cordae. danny G has been releasing multiple songs as part of his “Quarantine Tapes”, the revenue for which, will be donated to the Recording Academy’s MusiCares COVID-19 Relief fund. 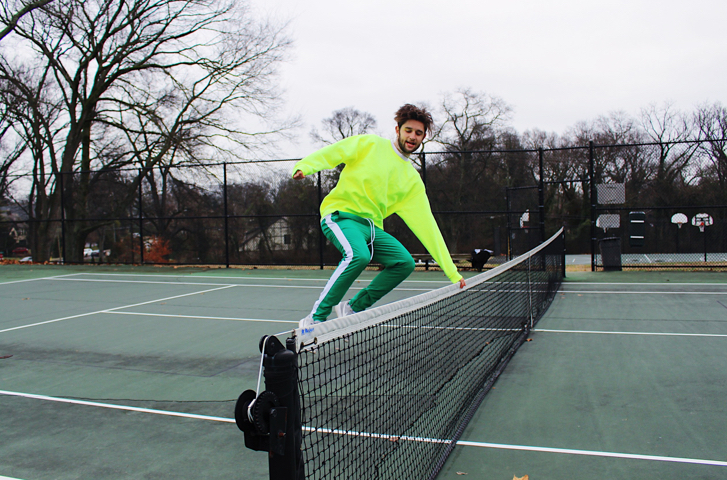 danny G’s “Lucky” impressed us so much that we arranged for an interview with the man himself! Talking to The Hollywood Tribune, danny G revealed how the idea of creating “Quarantine Tapes” came to him and spoke about how he got into music! You can read the full interview below followed by a review of danny G’s “Lucky”.

“I’ve been singing and writing my entire life. I literally started writing when I was 6 or 7, like, I would just write. And so it all kinda started with that idea of writing and creating for me. I used to perform in like second and third grade. I’d perform for people at recess and stuff like that. I have just always loved being up on stage. So from there in highschool I got into choir and stuff like that. So I did two travelling choirs. I did like a classical one then I did a jazz choir and that’s how I kinda got into that side of music.

Then I got into college and kinda got into more pop and hip-hop stuff because I’ve always loved listening to rap music but it wasn’t until college that I really taking the rap side seriously. And so through college I explored more about artistry. I just kept writing songs, kept creating, started making more rappier stuff and so now I kinda blend them all in.

In my music you’ll hear the jazz elements, pop, hip-hop and all of that stuff. So it’s kinda just all from my experience and yeah it’s kinda just I fuse it all together and that’s kinda what I’ve been doing now.”

What Went Into Producing ‘Lucky’ And What Were Your Thoughts While Making The “Quarantine Tapes”?

“So, basically I just put out a song called “lucky” and it’s part of quarantine mixtape that I’ve been putting out throughout the month of May. It was a really cool experience for me because I was back home in Colorado where I grew up. 6 weeks into the quarantine I decided to make a mixtape and I made it almost entirely by myself just on my computer and so all the songs are a 100% written by me and everything.

So that was a really cool experience because being in Nashville, I’ve had the opportunity to collaborate with a bunch of incredible people, but now doing it all by myself, I feel like these songs that I’m putting out throughout May really reflect where I’m at and who I am as an artist. And it all keep pushing me forward, so yeah I’m really happy with the music that’s coming out this month and I feel like people are resonating with it and I feel like it’s coming right from my heart really.

It’s been a supercool experience and kind of like a silver lining in the quarantine because I don’t think I would have, you know, been isolated by myself writing these songs, under normal circumstances.” 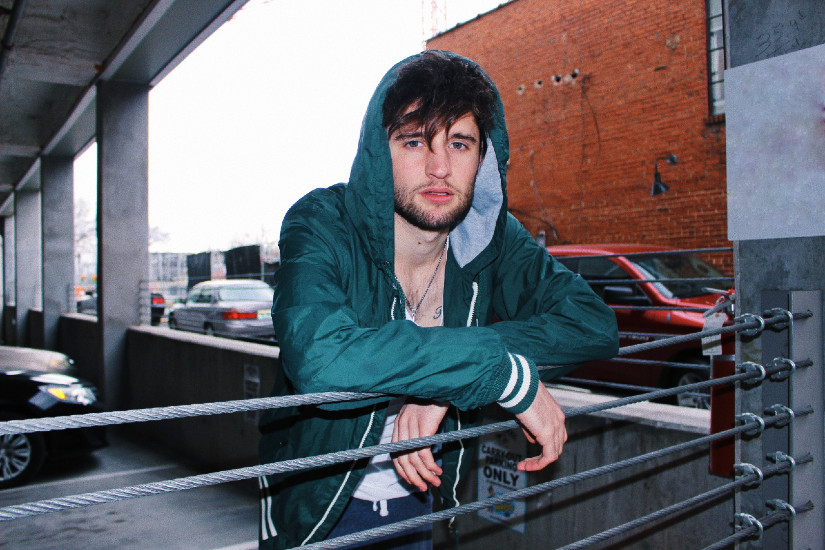 “A whole bunch of different stuff. I love like pop music so I listen to a lot of Charlie puth, Anthony Russo, and then on the hip-hop side, I like YBN Cordae, it’s a guy I like a lot. I like J. Cole, I like Drake, I like Russ and one of my favourite groups is a group called Surfaces and they do kinda alternative pop and I just love them because they push a very uplifting positive message which is why I try to do with my music. They just send very carefree vibes. I’ve been modeling a lot of my recent stuff after Surfaces, for sure.

But, in general I love everything. I listen to a little bit of everything and try to use the influence as much as I can!”

I think every artists has elements in what they do that is just them and nobody else can replicate that and so I’d say find what that is, like, what makes you special and use your natural gift and your natural uniqueness and just push that out because that’s the thing that people resonate with the most.”

The lyrics in danny G’s “Lucky” are not the most encompassing. At the heart of the lyrics in “Lucky” lies a question which, I have no doubt, is so relatable that it gets you thinking- “How did I ever get so lucky like this?” The question stays with the listener till the end and narrates the story of one such person trying to answer that question for himself.

The voice used in danny G’s “Lucky” sounds very relaxed, which in turn, makes the song relaxing. It goes well with the heavy bass and the piano in the background. The vocals really give that “chill-out, the world isn’t out to get you” vibes and I like that about this song. 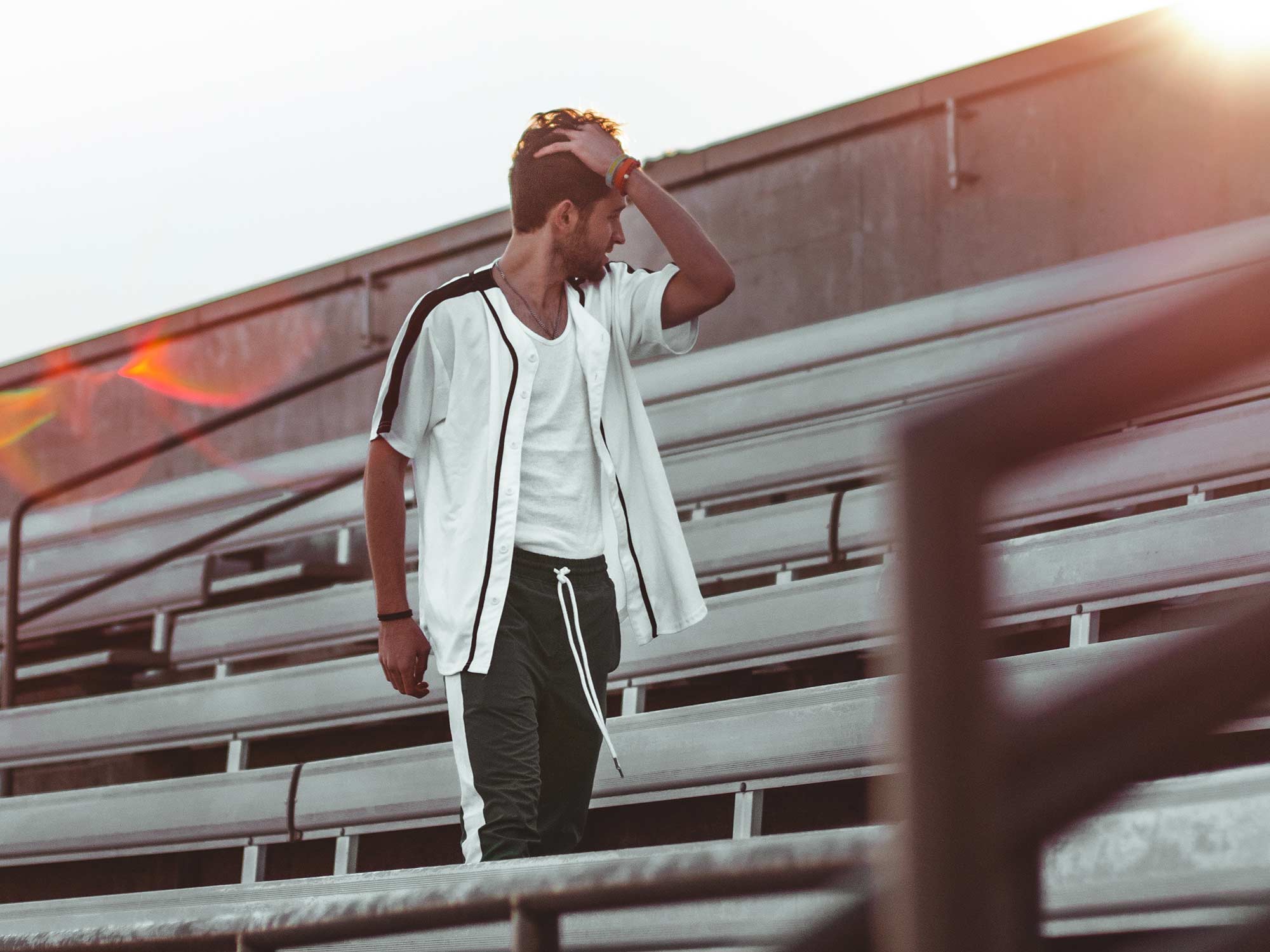 The song begins with an intro played on a piano and that sets the mood for the rest of the song. The arrangement gives a very Lo-fi feel to danny G’s “Lucky”. The drums and bass add to the Lo-fi element in “Lucky”.

It is really interesting to see Lo-fi blended with Rap. danny G claims to blend genres and actually does it in “Lucky”. The album “Quarantine Tapes” sounds refreshing and fills you with motivation to make yourself work, while the lyrics in “Lucky” tell you to be grateful for the things you’re fortunate enough to have. It would be fascinating to see what else danny G has in store for his fans.

You can listen to danny G’s “Quarantine Tapes” on Spotify. You can also visit his YouTube channel.