Exclusive Interview With L.A.’s Kuwalla On “In My Feelings” [Review Included]

‘In My Feelings’ deals with all the bad habits teenagers are into and it is an attempt to inspire them to get rid of them for good.

The moment we heard ‘In My Feelings’ by— Kuwalla, a popular band in L.A, we found ourselves head-banging to the song! The alt-rock song has a peculiar effect in lifting your spirits and that’s the kind of energy we need in 2020. The single released on July 10, 2020, and it is produced by Jin Wooh.

This song took us back to the good old ‘Emo phase’ and made us feel like teenagers all over again. The piece in the beginning- electric guitar, is incredible and it must have needed a great amount of finger work! At certain points, it almost feels like we’re listening to Skillet, My Chemical Romance, or Crossfade.

We were so impressed with the song that we just had to interview the band! Kyle from Kuwalla was really generous with his time and we had a lot of fun talking to him! You can read the full interview below, followed by a review of their newly released song ‘In My Feelings’. You can follow their Spotify playlist here! 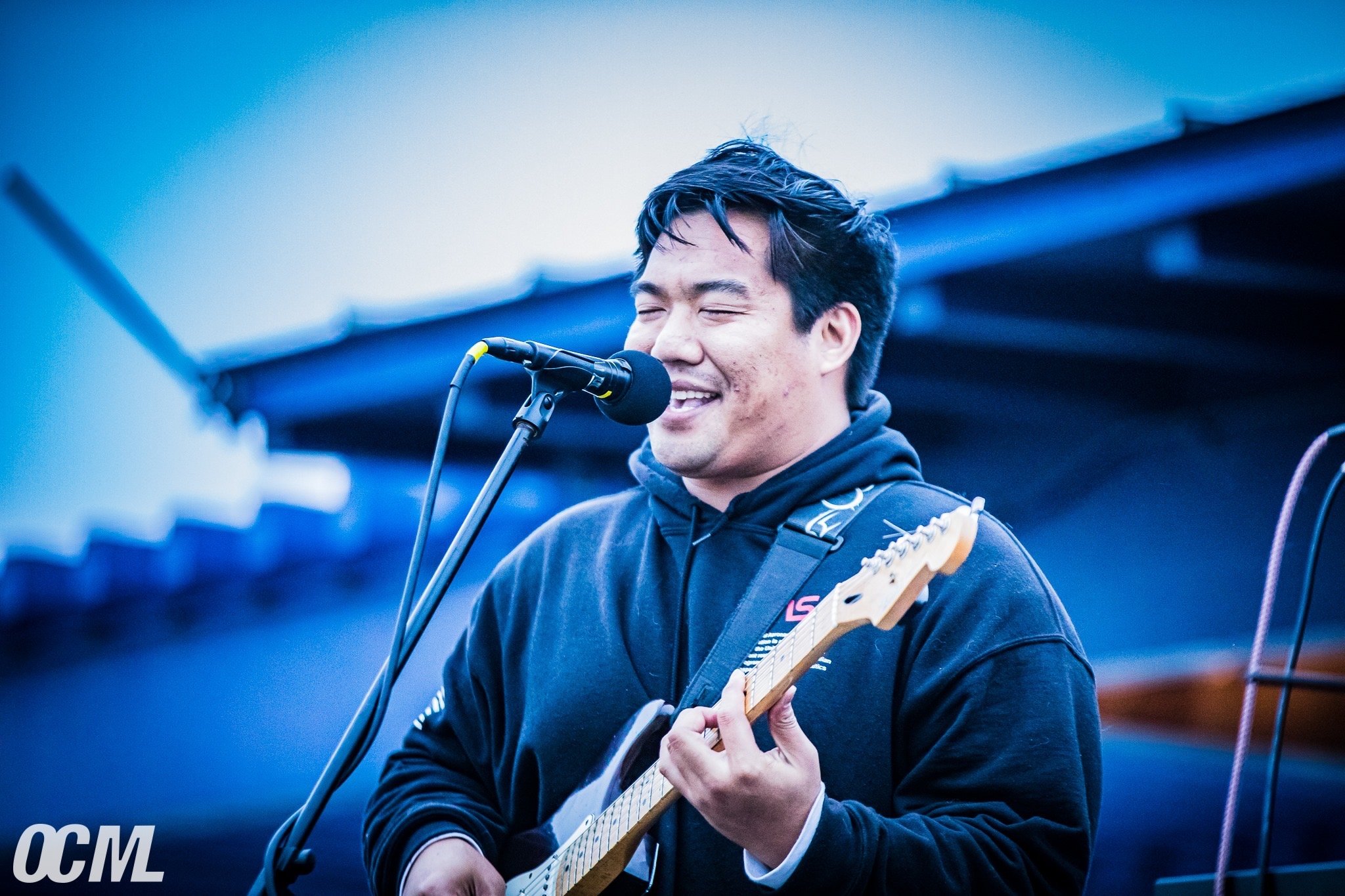 Tell us how you got into music!

Yeah, absolutely! In school, I think in the fourth grade they let you have music as an elective, so in the fourth grade I chose to play the violin, in the school band and from there I did it for a couple of years and then I wanted to take private lessons for Violin!

So, one day in our class there were couple of other students who had joined in and one guy was playing guitar and he happened to be really good and so after watching him play guitar in my violin lessons, I told my parents I wanted to play guitar *we both chuckle* and so luckily my dad who worked for fender guitars up until maybe 2010, already knew the back and forth of guitars and stuff so I didn’t have to take lessons anymore because he’d be the one to teach me. So yeah, that pretty much began my music career!

How did Kuwalla happen? How did you guys get together?

Kuwalla came to be in 2013. We were in college and under a different name. And at that time, our bass player who was with us when we first started the other project, by 2013 he’d gone up to another college because his focus wasn’t really music anymore. We had applied to have our older project play at that college and so we needed a fourth person, a bass player.

So, in 2013, we were able to start Kuwalla. That’s not when the name started. We were under a different name back then, but we landed on the name Kuwalla towards the end of 2013. It was a business decision, really. The other name was too hard to remember and we picked kuwalla because it was kinda friendly to everybody.

Tell me something about ‘Just Fine‘, what went into making it and how the idea of it came up!

So, I’d written that song towards the end of 2017. It had come about because my fiance and I, earlier that year, had our first child and towards the end of that year, we had found ourselves without a place to live unfortunately and we were just kinda living in and out of our car and going back and forth to work for a good about six months until we were finally able to get into a place.

So during that six month time period between 2017 and 2018, I wrote the song. It was just really about trying to make things work when you didn’t really have much. We originally had plans for the song to be recorded in 2018, we had gone through a whole process and recorded it all and gone to a producer and everything right when 2018 came, our producer had a falling out with the studio he was working with and the song never got completed.

It took much much longer than expected to just get the recording from that producer so that we could take it to someone else. So, we thought we can’t do that again. As time went by, and people got married, and fast forward to the beginning of this year, we decided you know what? How about we cut the middleman and try to record it all ourselves?

Fortunately, we were able to invest in just a couple more pieces of equipment which would allow each of us to individually record our parts at home and through that, we were able to collectively get all the parts of the song together. We then sent all of it to Jim, our producer. And he was able to produce it and master it and everything.

So, just in the last few months, we were able to push that out faster than we’d ever before. So, yeah that was kinda the whole ordeal with that song. The idea came to me in 2017 and in 2020 we were able to release it. 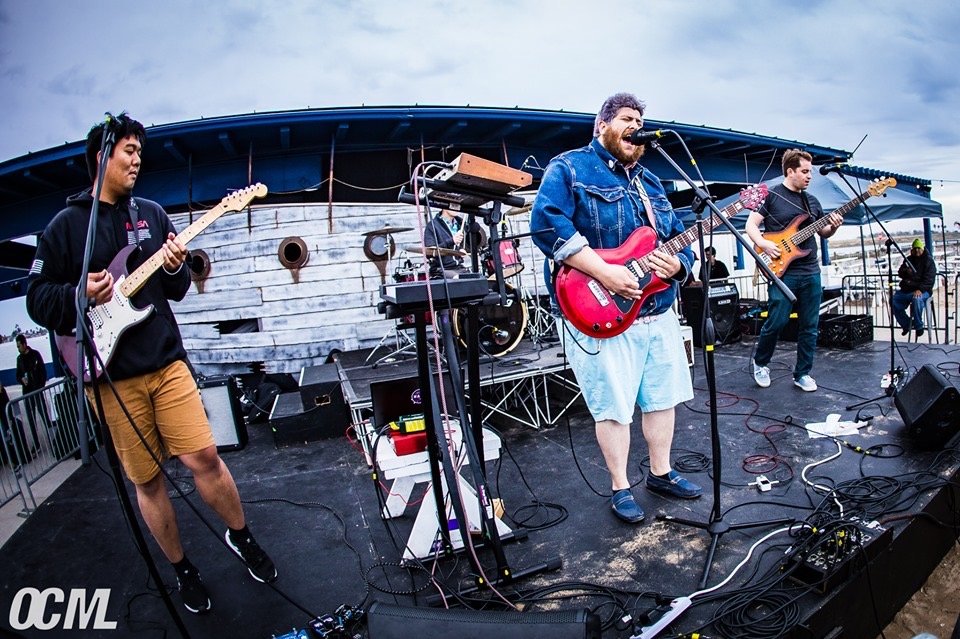 What would you like to say to musicians who have just started out or are looking forward to start their career in music?

I have a couple of things to say! When it comes to getting that first big win, the first thing would be to not have any fear. You always have to know how others are going to consume your art. By doing that and developing opinions of others first and making them up for yourself is only gonna not help you. *Laughs* Whether you think it’s perfect for you or even if you’re stuck at it, release it, let it go.

The other thing I wanted to say was, Big wins are fun…when you get them *both laugh* and it can totally depend on what you count as a big win, obviously. When you’re trying to just get one, try to get your art or project out to as many people as possible. Because a win isn’t just one big person you expect to see it, really what we’ve come to find is that even just a small response or if somebody said ‘thank you for sending this to me’ even if they didn’t fully view it, that is what counts.

Because ultimately, the more people you get to see it, whether they give you a response or not, is what’s most important. You need to keep doing it and not expect anything in return.

There’s so much awesomeness to this song and moreover, it stands out from the regular twerk anthems that are a thing right now. The lyrics are strong and have a deeper meaning etched to them. “Give my attention to less important things, can’t learn your lesson that you try to teach. Somehow I hang around…can’t stop the letdown,” strike the right chords, given the pandemic situation we are in. 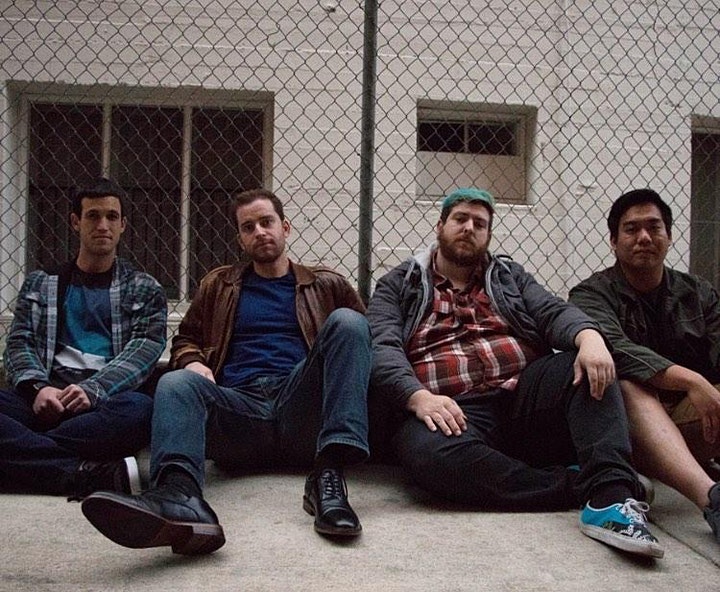 There’s so much negativity encircling our lives, it is a challenge to focus on the good things that surround us. The narrative aims to empower the teens to not get distracted as it will only derail them from ditching the bad habits and loosen the focus they have gained.

Here is the detailed review of what we think about ‘In My Feelings’ by Kuwalla:

‘In My Feelings’ deals with all the bad habits teenagers are into and it is an attempt to inspire them to get rid of them all for good.

Further, the lyrics go on to describe the devil may care attitude mostly hinting at selfishness that probes the way for bad habits to relapse. This song serves as a wake-up call for all the troubled teens who are engaging in bad habits.

Given the timeline that we are a part of, ‘In My Feelings’ is of great relevance today. We’re constantly trying to find an escape route and often, it leads us through bad habits and drugs. A bad sort of a cheap thrill to make you feel good.

The line that goes “…I’m not who I used to be, I’m tryna save what’s left of me…” resonates within us and speaks to each of us on different levels, given the troubled times that we are living in.

‘In My Feelings’ has powerful vocals and it feels like a voice that is calling you to stop all the messed up things you could be doing. The pitch is great and tone is just right for the mood they are trying to establish.

The four musicians of Kuwalla, involved in making this single, give a one-off experience of what they call the melting pot of Southern California.

The electric guitar is intensifying though!

This song has the potential to make it to some of the popular TV shows in the form of Background score to support a powerful badass character. It is also like one of the songs you could jam on a road trip with your friends.

Overall, ‘In My Feelings’ is a song that should definitely make it to your playlist.

Tune in to Kuwalla’s Spotify playlist here! You can also check out their Youtube channel.

Stay tuned to The Hollywood Tribune for more such features and let us know who you’d like us to feature next!

‘In My Feelings’ deals with all the bad habits teenagers are into and it is an attempt to inspire them to get rid of them for good.