Free Guy is an upcoming American film directed by Shawn Levy. This fictional- comedic- action film will hit theatres soon. The team behind the movie keep us up to date through blogs, social media and press. Fans eagerly wait and look forward to the release of the film.

The series was first announced back in October 2019. The non-stop production and progress have attracted viewers to anticipate the outcome. Today, we will talk about ’Free Guy: Release Date, Cast, Plot and Every Detail.’

The film has been scheduled to release on 11 December 2020. Originally it was scheduled for 3rd July 2020 but the outbreak has delayed the release. The shooting of the film has been resumed, even after the outbreak. Sources say that the film is nearly complete. Looks like we have got a few months to wait. If it weren’t for the pandemic, we would already be in theatres with bowls of popcorns. Don’t worry, safety comes first!

The cast for the upcoming film includes of Ryan Reynolds, who plays as Guy, Jodie Comer who plays as Milly / Molotov Girl, Joe Keery, who plays the role of Keys, Lil Rel Howery who takes the role as Buddy, Utkarsh Ambudkar who plays as Mouser, Taika Waititi as Antoine and Camille Kostek as Beauty.

The social media platforms have been updating and keeping the fandom engrossed in its work. They’ve been using the digital medium to keep the audience engaged. That sure is an interesting way to keep us busy! Free Guy is one of the most anticipated comedy films. The story for the upcoming film has been written by Matt Lieberman. Matt is well known for his comedic-action-scripts. This film will make tears roll down your cheeks. Not of sadness, but out of laughter. 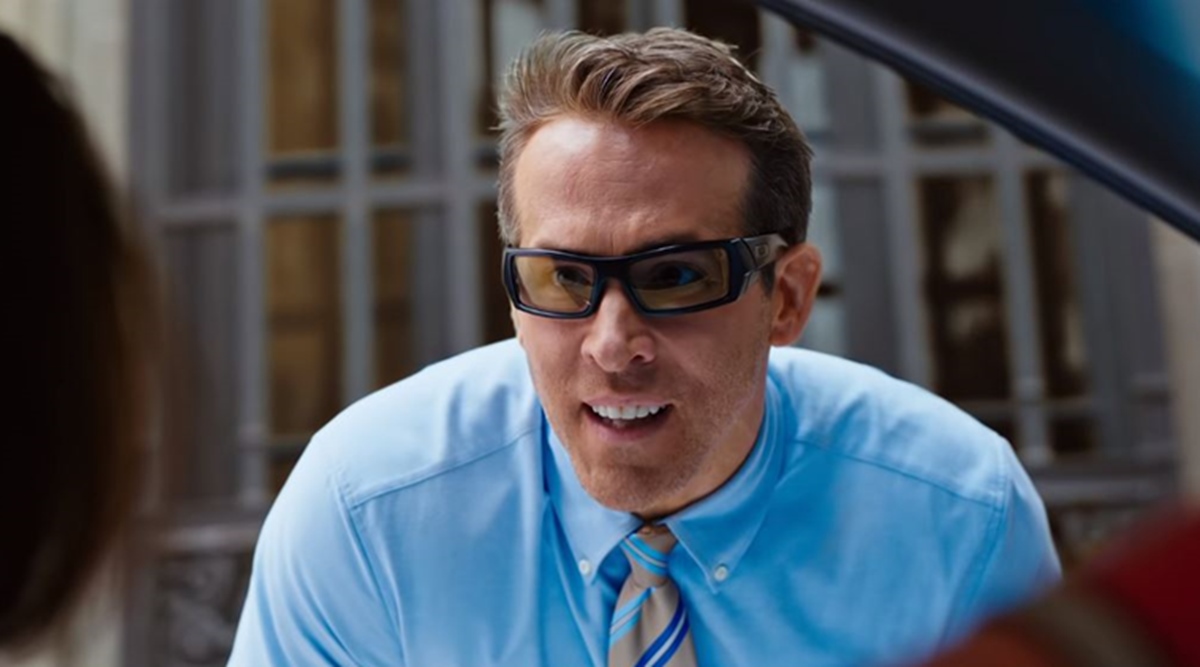 The plot revolves around a bank teller referred to as Guy (played by Ryan Reynolds) who figures out that he has been a video game character stuck inside a video game that will be pulled offline. He is trapped inside the brutal world of video games and now has to race to save the game. Ryan is a non-player character and has to be quick on his toes before the creators of the game shut it down.

It is due to the programmers that have coded and decoded him into a virtual world. Milly (played by Comer) and Keys (played by Keery) have inserted the code into a game called Free City. The game was published by Antoine (played by Waititi). Looks like Guy is stuck in a real mess and has to take drastic steps to become a hero. The concept of the film sound fun as it is something that most viewers have dreamt about.

The official trailer for Free Guy has been released by 20th Century FOX. The trailer shows us a glimpse of our favourite, Ryan Reynolds venturing around in the crazy virtual world. The Hollywood Tribune would recommend you to watch the new trailer as words can’t explain how crazy and amazing the movie looks

We will let you know as soon as there’s another update. So stay tuned to The Hollywood Tribune for more news from Hollywood and beyond.

Know Everything About The Hitman’s Wife’s Bodyguard