We Dare You To Complete These Missions On Your First Attempt!

Seriously who hasn’t heard about Grand Theft Auto: San Andreas?  GTA San Andreas is one of many games developed by Rockstar Games and has its own charm when compared to other Grand Theft Auto instalments. Due to the popularity of the game, it has also been re-released on PC, so fans do not have to depend on a console to enjoy it. 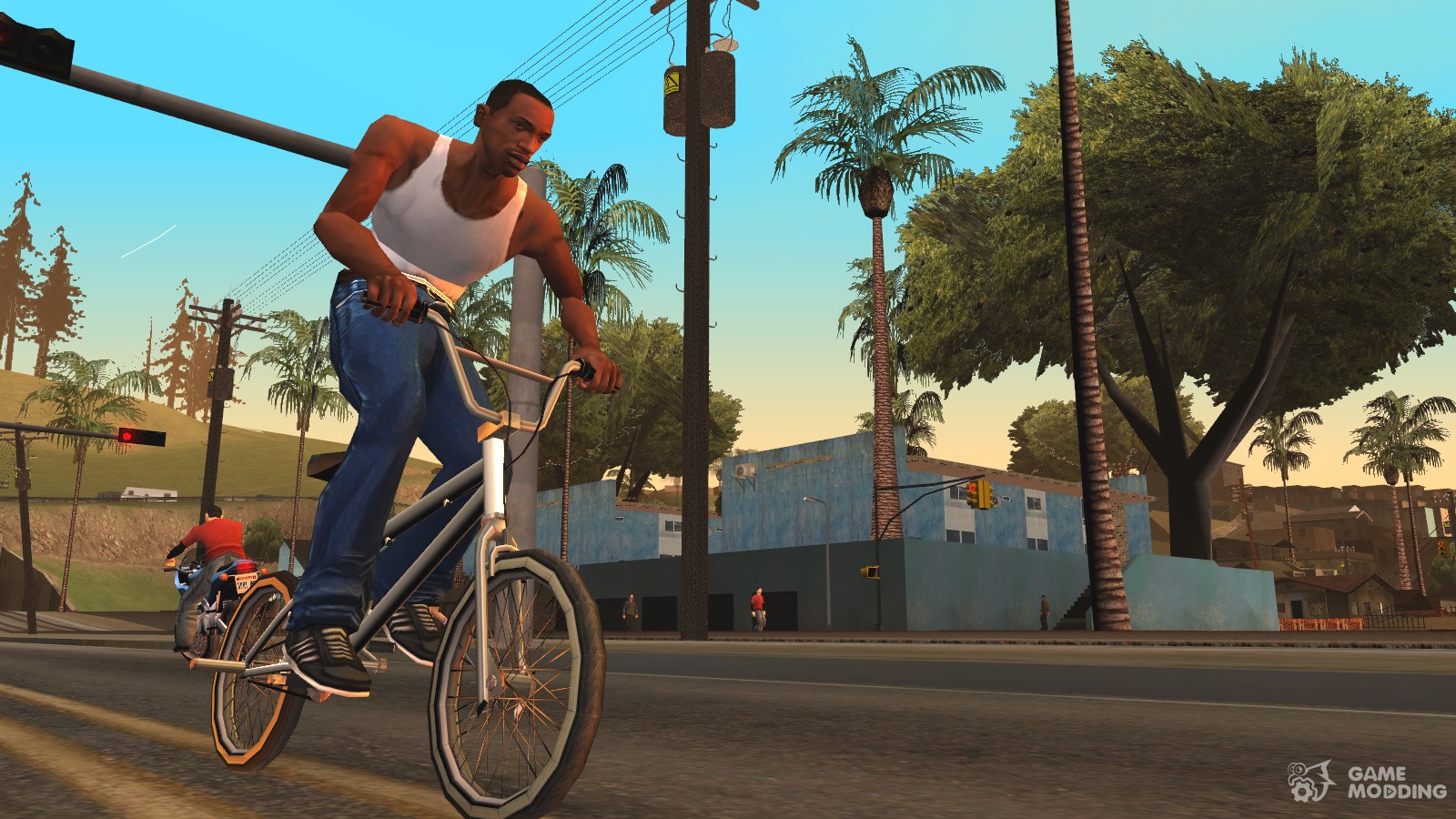 The game’s plot is based on multiple real-life events in Los Angeles, including the rivalry between the Bloods, Crips and Hispanic street gangs, the 1980s crack epidemic, the LAPD Rampart scandal and the 1992 Los Angeles Riots.

But what makes GTA San Andreas stand out from other GTA instalment, even over a decade later are its missions. There are quite a few absolutely thrilling missions that you can play, and their difficulty can often be frustrating.

So today, we from The Hollywood Tribune are going to take you through The 5 Hardest Missions that GTA San Andreas has to offer. 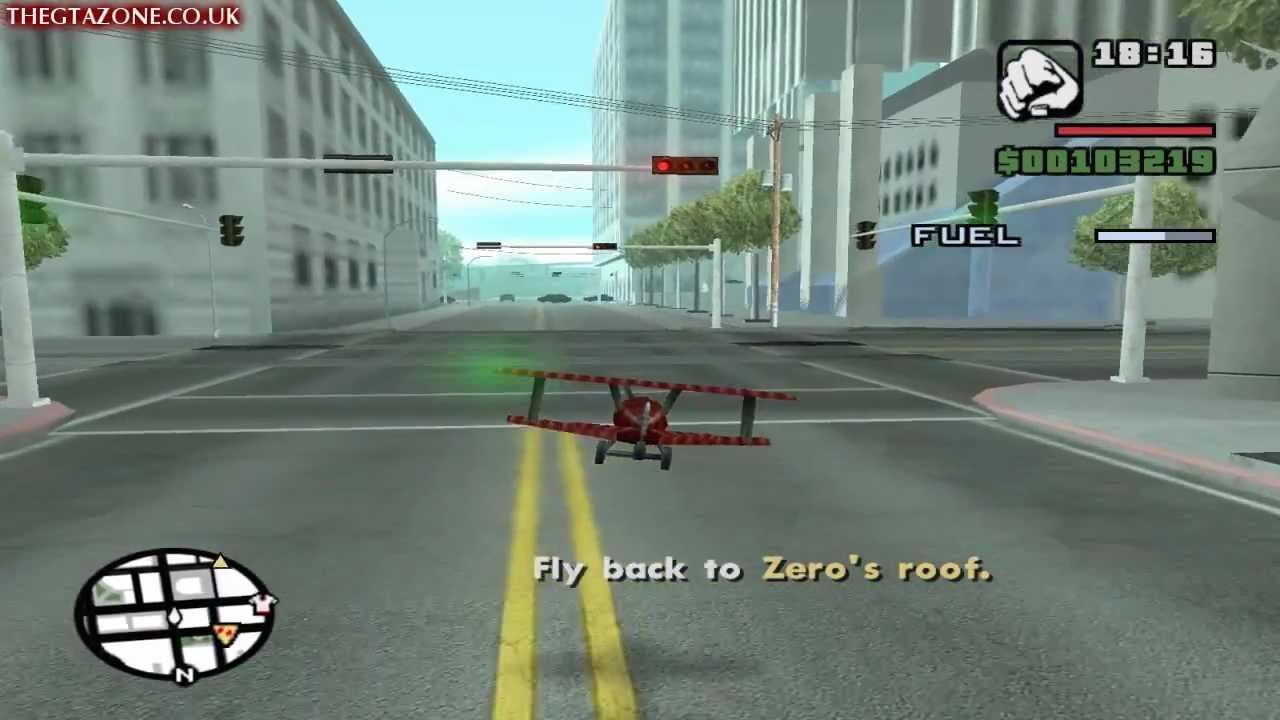 RC planes and Grand Theft Auto have a long history together, and Supply Lines lives up to it in more ways than one. In this mission, we seek out revenge for Zero’s humiliation, and the deeper you delve, the more you start to relate to the characters.

Supply Lines is a mission you will always remember and is, without a doubt, a significant cause of countless broken controllers. Who knew flying an RC plane could be so frustrating. 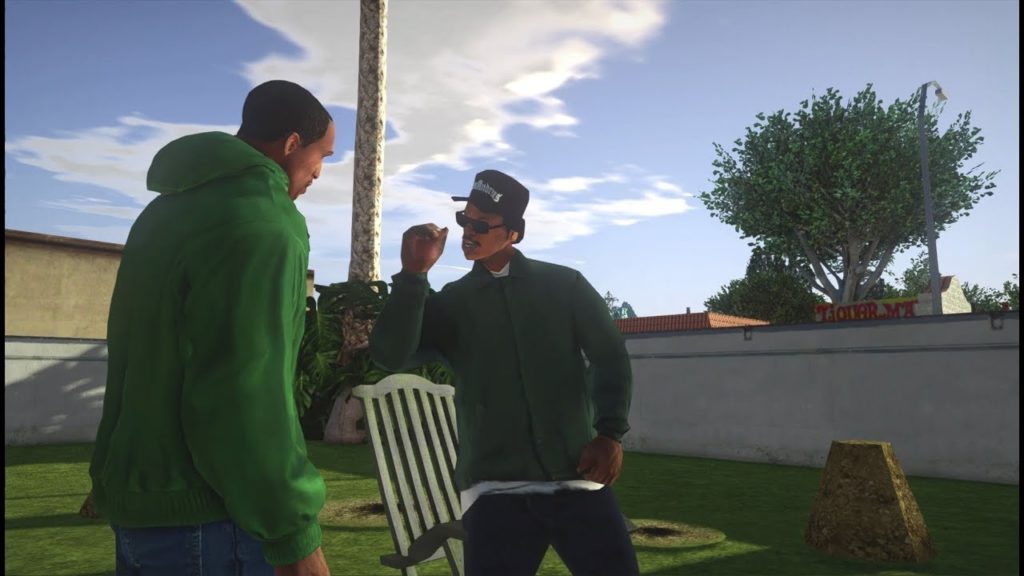 Fourth on this list of the hardest missions in GTA San Andreas: 5 Hardest, is Robbing Uncle Sam. In this mission, you are tasked with stealing national treasures and putting it in a van using a forklift.

While manoeuvring a forklift in-game is hard enough as it is, you also have to defend the other Gang members from guards who are standing in your way and even chasing your van filled with stolen goods. 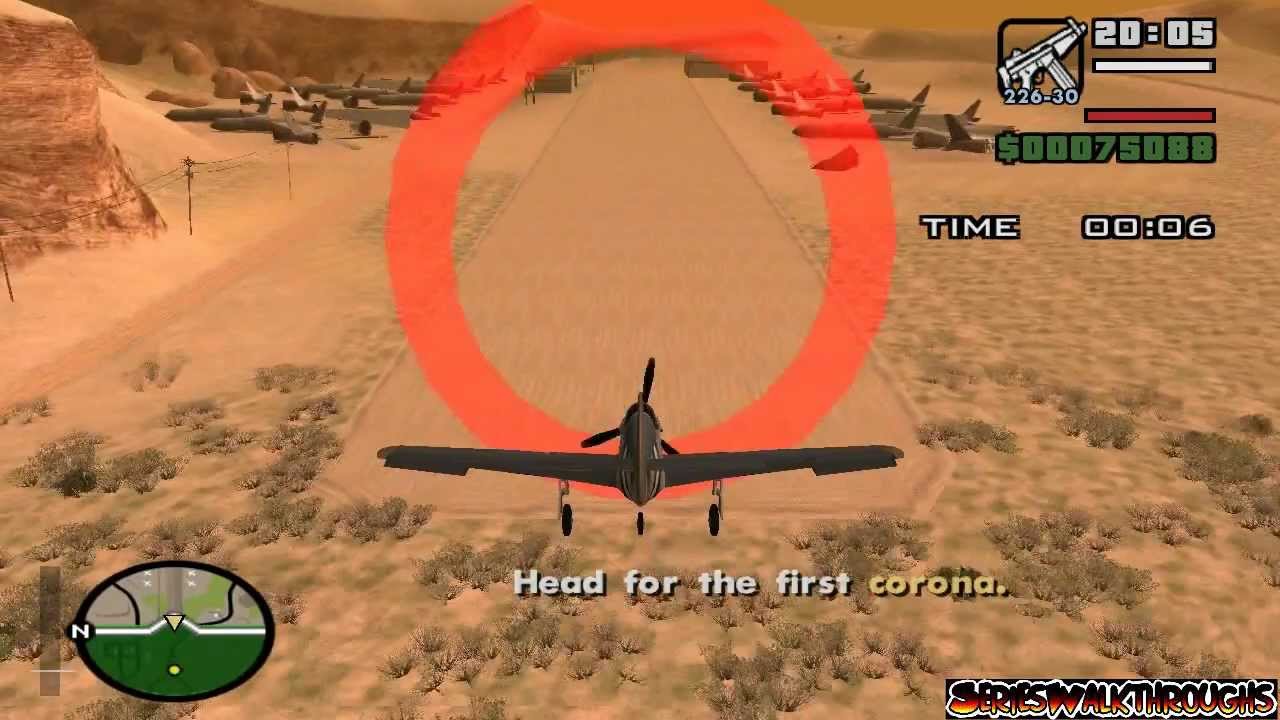 While playing Grand Theft Auto: San Andreas for the first time, this mission will at first be a surprise to you, as the game’s protagonist CJ is forced to attend flying school to receive a flying certificate. The Flying school has a series of tests and sub-missions which need to be completed for your character can earn a Pilots licence.

The first part of this mission is not hard, but as you progress further and start using different planes, flying starts to get a bit more tedious. However, it is all worth it in the end as flying around the map of San Andreas is one of the most enjoyable video game experiences to date. P.S. you can also unlock a bunch of cool aircraft if you complete the gold medal achievements in each test. 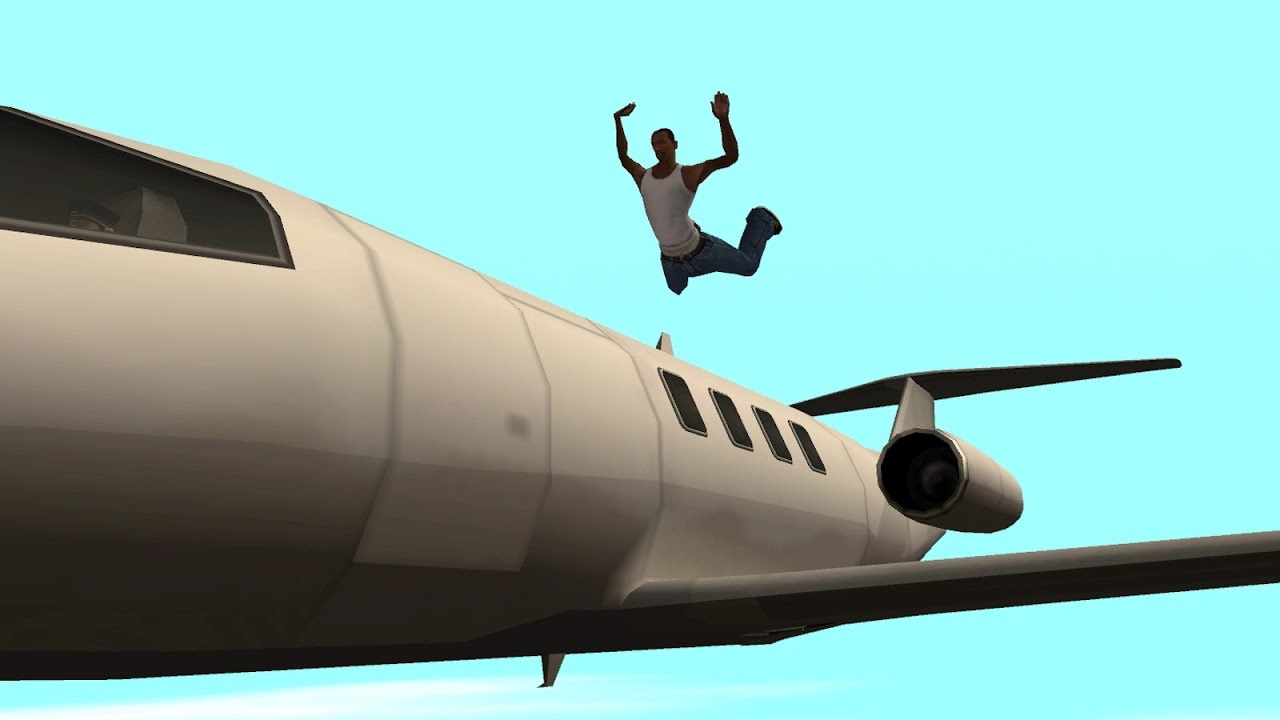 This is the kind of mission that will have you pulling your hair while playing. Another airborne mission, Freefall has your character CJ, attempting to chase down a rather fast jet with one of the slowest planes in the game. Because apparently dealing with the terrible flying mechanics isn’t enough torture.

The game forces you to fly level with a jet travelling much faster than your own propeller-powered plane, you then have to jump out and parachute onto a plane which is travelling at roughly 600 miles an hour and around 45,000 metres over sea level. In case you haven’t had enough already, you then have to engage in a mid-flight gun-battle with a bunch of hitmen, kill the pilot and somehow manage to land the plane safely at the nearby Airport.

We may never know why Rockstar decided to fit what is pretty much the plot of an entire movie into a single mission, but what we do know is that it is definitely up there with some of the hardest missions the GTA series has to offer.

1. Wrong Side of the Tracks 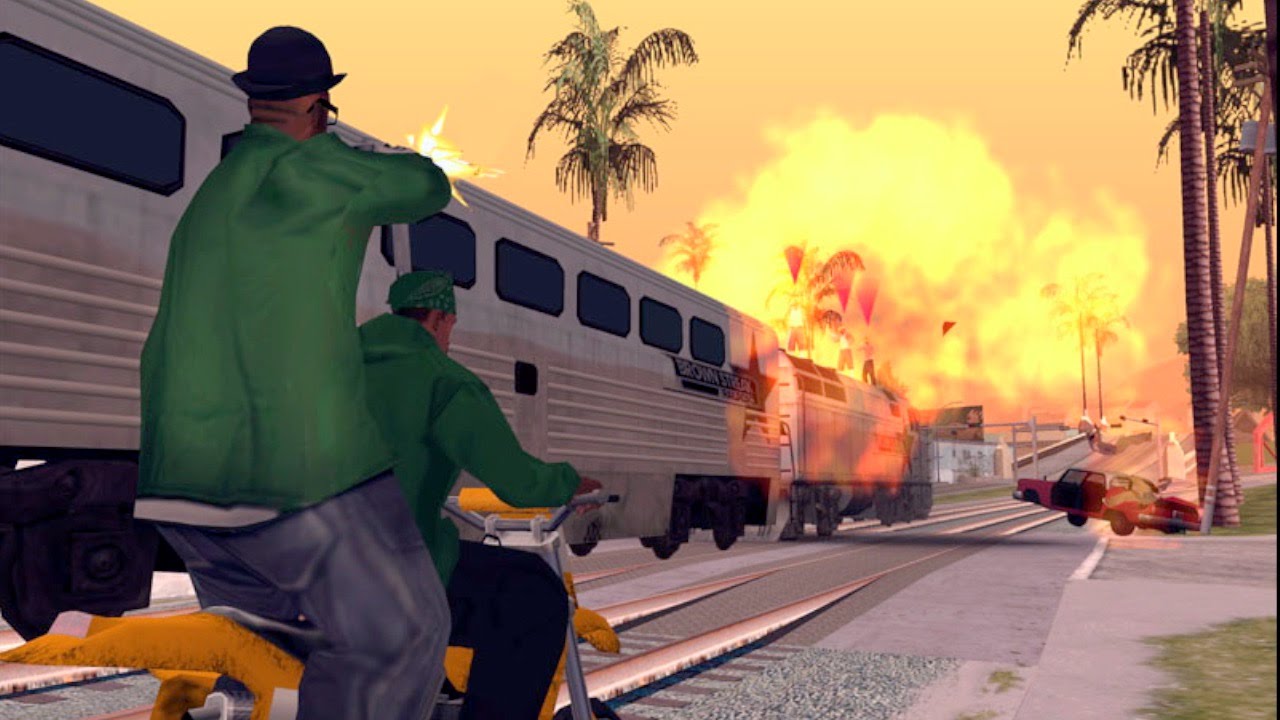 ‘All you had to do was follow the damn train CJ’, is a line all of us have heard multiple times when playing this mission.

Big Smoke and CJ take on a truckload of Vagos gang members in“Wrong Side of the Tracks” with Big Smoke’s aim being more useless than any stormtrooper ever seen. Spraying bullets at the direction of Vagos gang members is just one of the more annoying aspects of this mission. What makes it even more difficult is that you have to rely on an AI character to shoot the enemy, while you try to stay close to the train.

This is not a mission that you’ll complete in your first attempt, but it is recommended that you beat it and move on as fast as you can. Try too long, and you risk losing interest in the game, which is almost criminal because we assure you that the game only gets better from there on.

Finally, we come to the end of the list of GTA San Andreas: Top 5 Hardest Missions. We hope that you gamers, new or old, enjoyed the little trip down memory lane as we revisited these missions.

Stay tuned to The Hollywood Tribune for news updates on Grand Theft Auto and more as we bring you news from Hollywood and beyond. Share this article with your friends and ask them about their hardest mission experience.