Load Up Your Guns Its Battle Time!!

HyperScape, a much-awaited game was recently released by Ubisoft. True to its name the game was really hyped up before it’s release as gamers knew they had something unique coming their way. HyperScape received a positive response from the gaming community; the only con is that players are urging for some improvements in the next update. 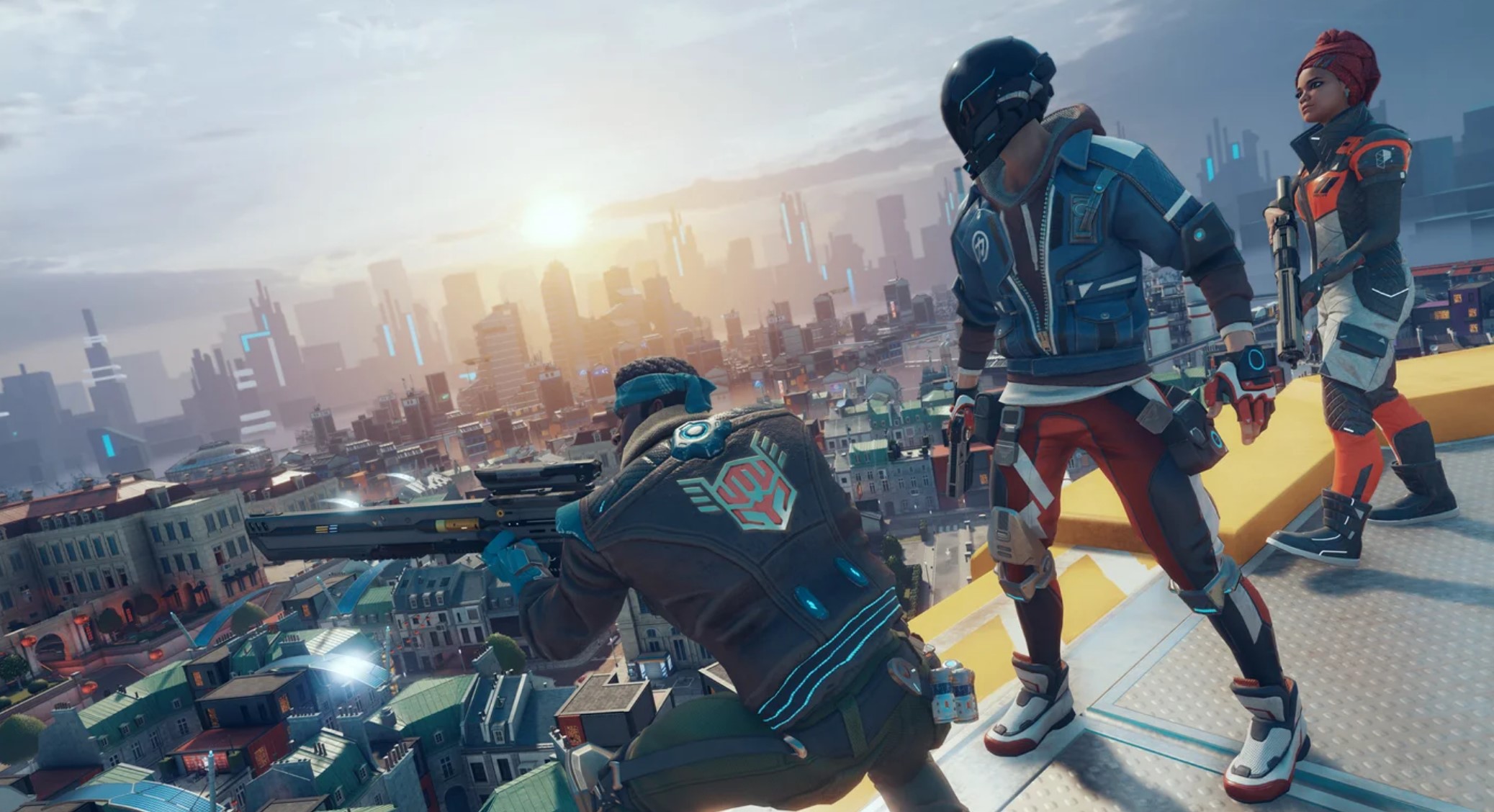 Hyper Scape is a recently released first-person shooter game, which is free to play and based on the theme of battle royale. HyperScape is developed by none other than Ubisoft Montreal and published by them as well. It is available for PlayStation 4, Microsoft Windows and Xbox One.

The released beta versions also had a fruitful run after which it some unique features were added like a video integration where gamers can Twitch in the live stream to alter the match outcome. 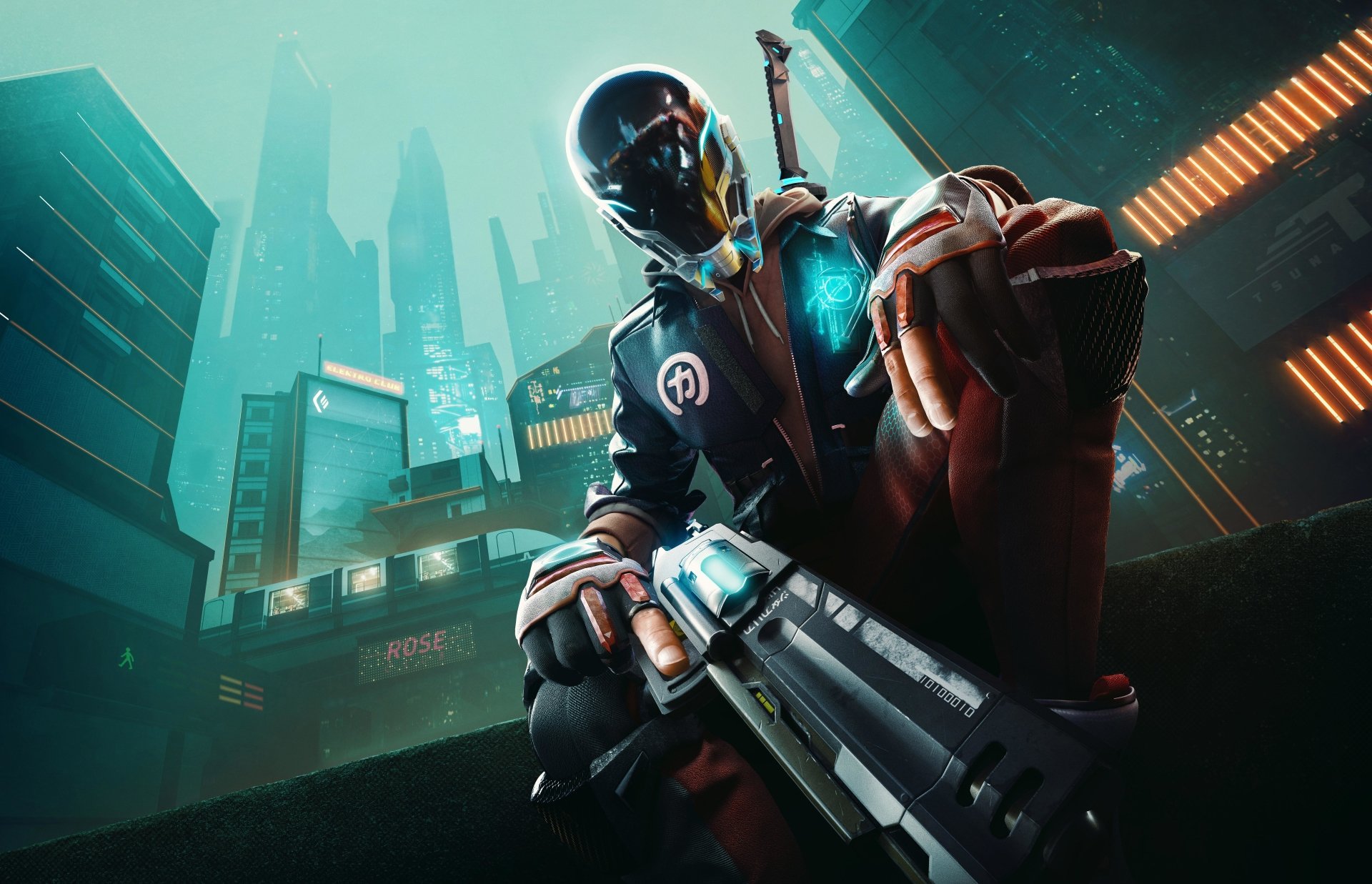 HyperScape takes place in the year 2054 and is situated in the metaverse at Neo-Arcadia. Prisma Dimensions made sure gamers get a full-fledged experience. We find various players who fight with each other for Crown Rush.

HyperScape is similar to the other battle royale games. We see around 100 fighters are spawned in a map which shrinks as time passes. Players have to find and kill their opponents, a new feature which is added is that a Crown appears which a player has to defend for 45 seconds or kill everyone out there until the fighter is the last one standing on the map.

During the course of the game, players can find various weapons but can only pick up 2 of them. They can also have special abilities like magic and hacks to give them an edge over other players making HyperScape a bit of Sci-fi.

If any player gets killed, they form an eco which warns it’s teammates about enemies nearby and when an opponent gets killed, the benefactor receives a revive point to bring back one of their dead teammates.

In HyperScape the AI can modify the map according to the majority of the vote they get in a poll which the players can decide on twitch, which includes revealing every enemy, infinite ammo and powers, etc.

There are tiers in HyperScape where players can move up by coming daily tasks, weekly tasks, attending twitch live, etc. On average, players can get 400 experience points per day. 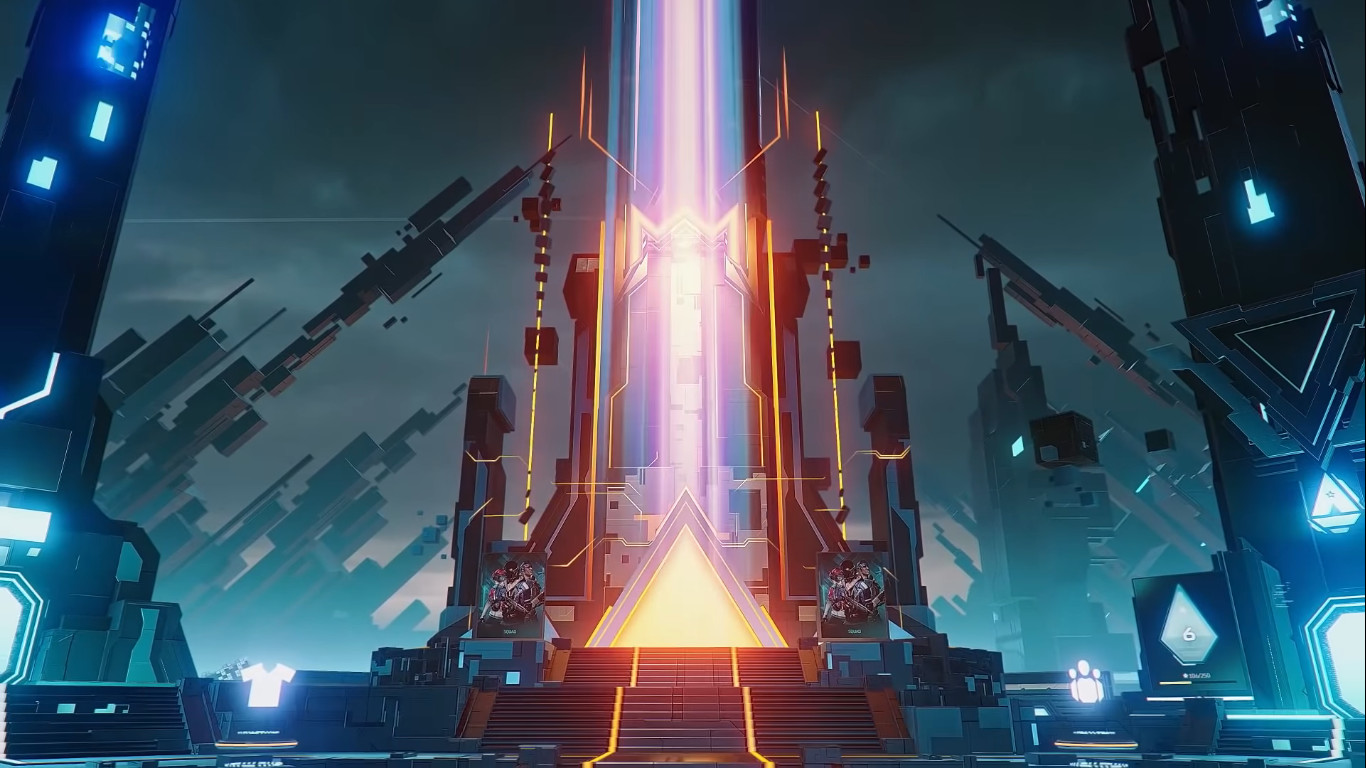 The beta version was only released for Microsoft Windows on 12th July 2020. After getting the green light from gamers worldwide, HyperScape officially released on Xbox One, PlayStation 4 and Windows on 11th August 2020.

The game was revealed on 2nd July and was in development for more than two years. 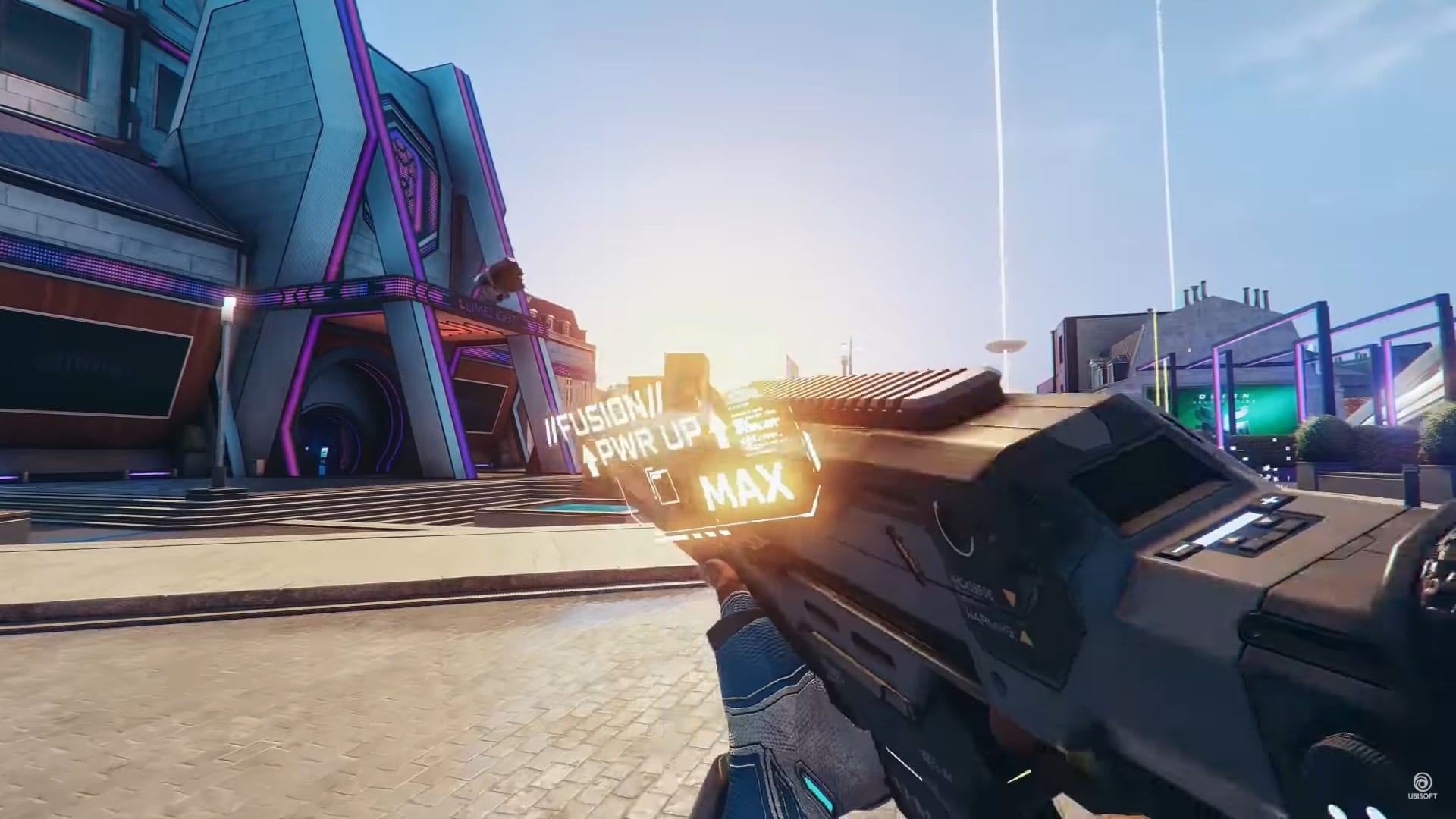 Before its release, one of the most trending questions that gamers asked Ubisoft is whether Hyper-Scale would feature Crossplay. To the utter sadness of players, Unisoft denied the feature of Crossplay in HyperScape.

A silver lining will always be there, and after much discussion, Ubisoft decided to include Crossplay in HyperScape along with other unique features on their new update, which elevated excitement among the gaming community. 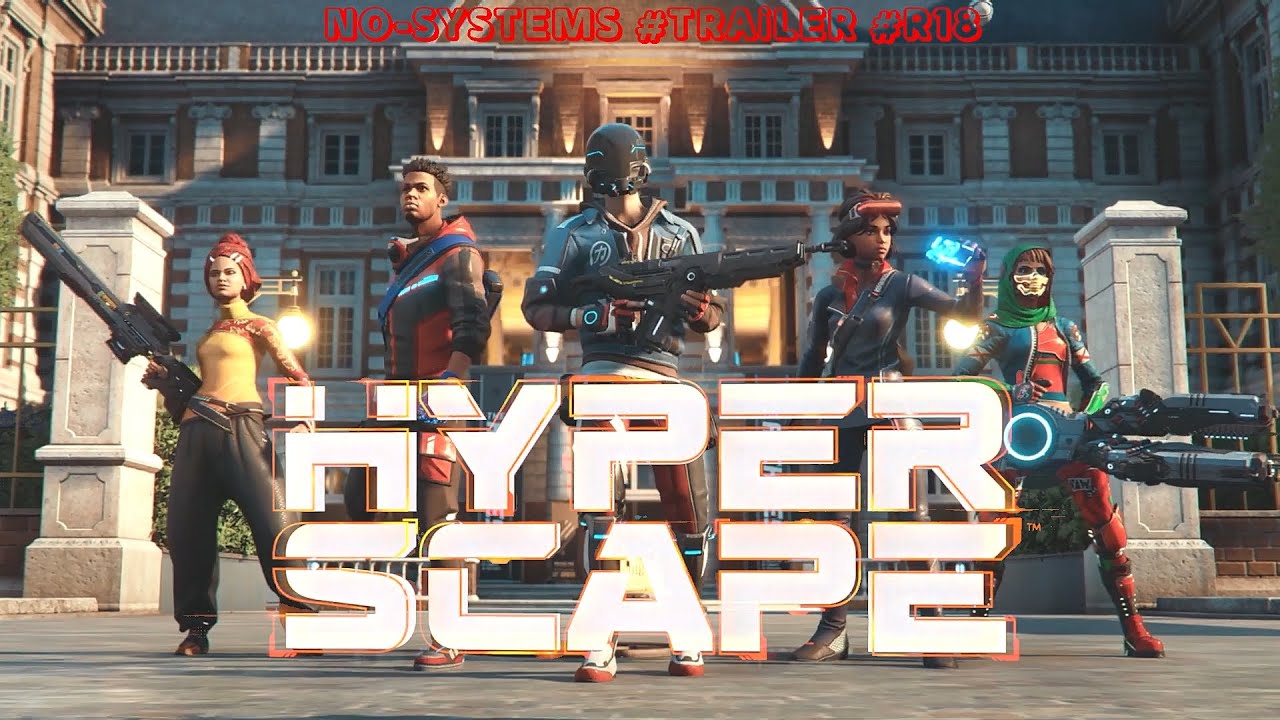 HyperScape gained loads of love from the gaming fans. But it was poorly ranked by IGN at 5/10. According to Ubisoft HyperScape is the Future of Battle Royale. But IGN refers to it as overrated and explains that Ubisoft’s idea of making the game unique doesn’t give birth to any outstanding improvements. They called the game a misunderstanding, frustrating something that could only be enjoyed by a small community of goofy gamers.

Another problem which IGN pointed out is that, if a team did all the hard work by killing the majority of players, but someone gets the crown and runs around for 45 seconds, they win. Ubisoft created this feature so that the unskilled player also has a chance to win, but IGN noted that gaming is all about skill and called it unfair for gamers.

Some features including the invisibility mode during combat and many others are tagged as pointless and out of limits in a Battle Royale.

Gamers all over the world also pointed out many issues and told Ubisoft to update all of them, but their response was positive and gave it a rating of 4 / 5.

All in all, we can say Ubisoft tried something new with the same concept, and that might be the reason why the game was over-hyped. But with few updates and base maintenance, HyperScape could become one of the best Battle Royale games and challenge others for the top.

That’s all from us for now. Don’t forget to comment your thoughts on HyperScape, and make sure you share the article with other gamers to keep them updated.

Stay tuned to The Hollywood Tribune for the latest updates on HyperScape and more news from Hollywood and Beyond.

'Freaks-You're One Of Us': New Trailer And Release Date