Currently based in Alabama, Trevor Lee is a freestyle rapper and Hip-Hop artist from Houston. Known for his viral Barbershop freestyle, which garnered the attention of over 3.7M cumulative TikTok and YouTube fans, Trevor has teamed up with R&B artist Victoria Jones to shed a light on tough topics like suicide in his new single “Fadin'”.

The Hollywood Tribune had the pleasure of getting in touch with Trevor to talk about his new music video “Fadin’”. You can read the full interview below!

Can you tell us a bit about how you got started in music and when did you decide to pursue hip hop?

I don’t know if it was all the “I will not…” sentences I had to write as punishments as a child or my overactive ADHD brain, but I fell in love with the pencil and pad combo early. Short stories turned to poems, then poems turned to songs once I picked up the guitar at age 13. My friend and I started a band, lol. We were obviously an ambitious duo with him learning bass while being completely tone-deaf, and I as a hyperactive frontman. These dudes showed up to one of our rehearsals, threw on some Dr Dre instrumentals, and started freestylin’.

I was already into hip hop & R&B as a dancer, but that’s when I caught the rapper “bug”. I leveraged not receiving any other gifts that following Christmas to ensure I get Fruity Loops as my ONLY gift. A year later (14 y.o.), we were performing around our county while planning to record our first album. Like I said, ambitious.

“Fadin” is meant to raise awareness around mental health. What do you hope listeners get out of your single? How do you want to inspire others?

When Victoria Jones brought the chorus concept to me, It just happened to click with an instrumental I was sittin’ on at the time. I was immediately inspired. I didn’t want to just write another corny “im here for you, so hang in there..”-ballad that I personally haven’t been able to connect with. However, writing from a real POV as someone who deals with mental hardships in order to educate those who cannot relate… THAT was a challenge that interested me. It would take me somewhere I hadn’t been creatively yet, and would be potentially fulfilling if not therapeutic.

I can’t speak for others. However, it helps me feel as though my struggle has been addressed and communicated to those around me that may not relate, and informs them on how they can appropriately support without the guesswork. 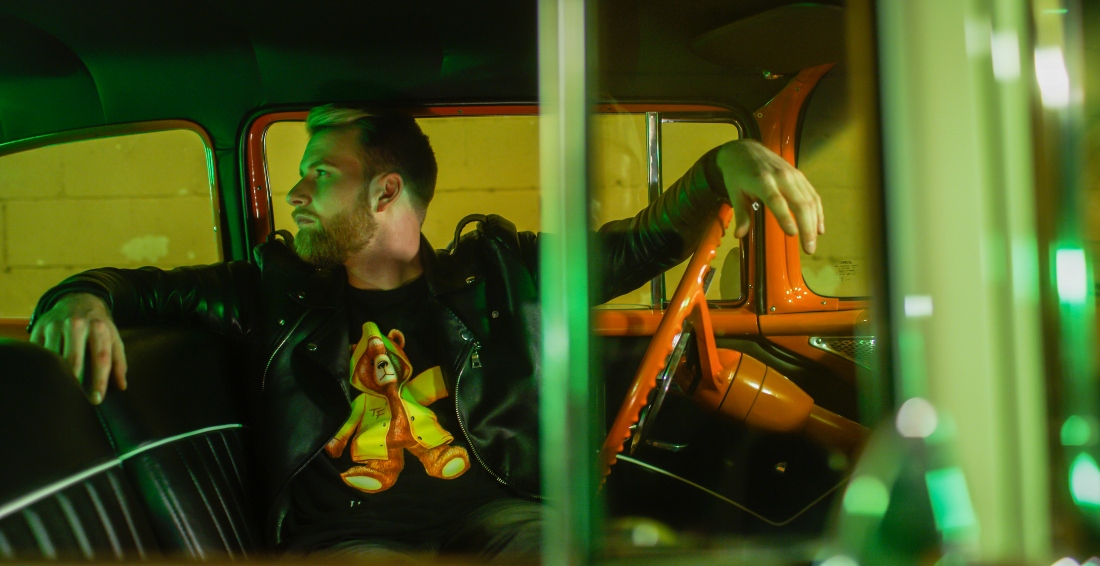 What was your favourite part about shooting the official music video for “Fadin”? And what was the most challenging part?

Although, most would say that car from Mann Engineering. It’s only second to including meaningful people and locations from my life. I spent a crucial year and a half of my life in Hazel Green, Alabama. During that time, I was a DJ at the bar (Knight Moves) featured in the opening scene. They became family, And have been another home away from home whenever needed.

Cody Dusseau, the person I’m playing pool within the opening scene, has been a close friend for a decade now. We met playing at that very pool table.

The convenient store featured is a staple for anyone that’s from Hazel Green. The actor behind the register, Taher, was at the end of his actual shift when filming. He and his family have owned the store for a while now.

The car wash has been a key pregame spot as far back as I can remember.

I consider using these elements in the video to be my ode to Hazel Green for It’s contribution to my personal story.

The biggest challenge was maintaining the mental space of the character. The toll lasted long after filming. Thankfully, I’ve got great people in my life that checked on me in the days following the shoot.

Do you feel musicians have an obligation to weigh in on more serious topics like mental health or the current state of civil unrest? And why or why not?

Musicians have the same responsibility and obligation as any other human that is part of a community. We should all contribute to our immediate communities, and contribute at least as much as we take.

Before social media, a human could not easily weigh in on things outside of their immediate communities. A creator’s art has always had the potential to reach beyond these and even live beyond the creator’s life. Art can reflect life, inspire life, and reveal one’s own life through consumption. Therefore, the art itself is a statement. Anything beyond that is the creator’s own prerogative. 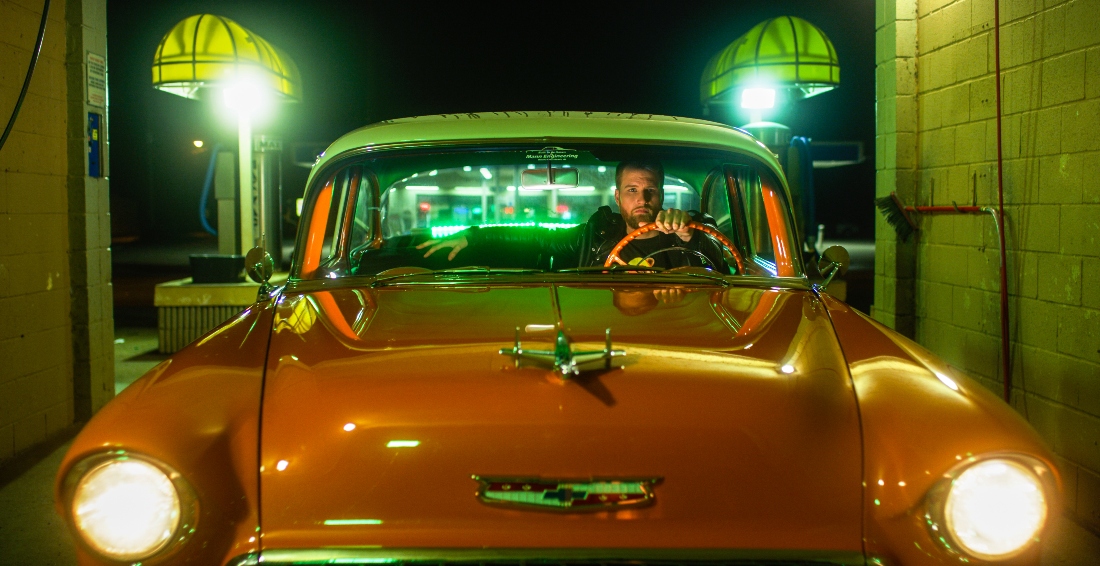 You and Victoria Jones have an organic synergy on this track. Was the collaborative process easy and how did you know that her voice was perfect for it?

Victoria deserves all of the credit for this synergy. She chose my voice as a writer and performer to collaborate with and help her bring this record to fruition. She is wonderfully humble, and a joy to work within the studio. I’ll let her answer the second part of this question.

“Man! Trevor has a proven track record of hard-hitting lyrics, witty wordplay and potent vocal delivery! That being said, the making of this track was made easy, even in the studio, it just flowed! Trevor shot me the verses shortly after I sung a few lines of the chorus and I just knew this was meant to be! As it pertains to organic synergy; this track between him and I naturally synced because we share a matched passion and personal connection to lyrical storytelling and mental health! “

Don’t forget to share this because everyone should listen to “Fadin'” at least once. We bet, they’ll put it on repeat. And as always, stay tuned to The Hollywood Tribune for more awesome song recommendations, music videos, and Exclusive Interviews of super-talented musicians and artists! For more exclusive content, head over to THT EXCLUSIVES and subscribe to updates!