Do you often sing when you’re nervous? I know I do. If there’s a 4-middle schools worth space-rocket prototype in flames, after an unsuccessful launch, I don’t know if I’d be singing or screaming. Probably the latter. The teaser shows Steve Carell’s character in Netflix’s Space Force, General Mark R. Naird doing something similar.

You heard us loud and clear. Space Force. May 29th. Trailer tomorrow (!!!!!!) pic.twitter.com/9fzhyo1DZi

The U.S Armed Forces have a new branch: Space Force! And that’s not it. Steve Carell is leading it. Space Force is going to be a workplace comedy series created by Greg Daniels, the creator of The Office and the co-creator of Parks and Recreation.

Here’s everything we know about Netflix’s Space Force.

When Is Space Force Premiering On Netflix?

FIRST LOOK: Steve Carell is the head of Space Force, the newly formed sixth branch of the US Armed Forces.

The plans for the series were announced in January and early in April, Netflix announced that Space Force will drop on Netflix on 29th May. As we come closer to the release date, we can’t help but imagine what Space Force has in store for its audience. We, at The Hollywood Tribune, have some theories about what the plot for Space Force will be and what’s going to happen in Netflix’s Space Force.

What Could Possibly Happen In Netflix’s Space Force?

So far as we are concerned, and how we’re accustomed to seeing Steve Carell as Michael Scott from The Office, we’re pretty sure that the comedy bit will be on point, as always. Apart from that, General Mark R. Naird (Steve Carell), who is a four-star general with the dream of having a leadership role in the U.S Air Force, is called upon to lead the newest branch of the U.S Military, Space Force.

We see the General operating out of a remote military base in Colorado, after uprooting his family. The main plot revolves around him working with a team of scientists as they attempt to meet various goals set by the White House.

Who’s In The Cast? 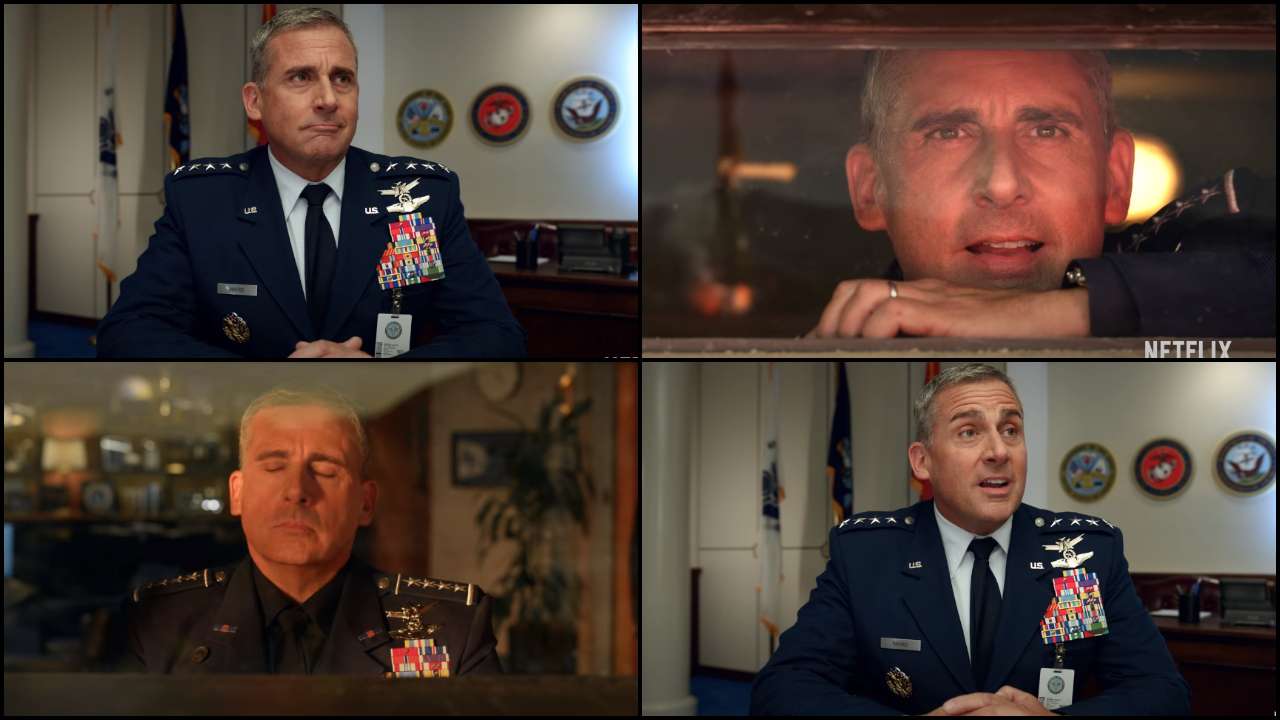 Well, Steve Carell is. He’s U.S Air Force General Mark R. Naird, who has been given the responsibility to lead a new branch of the U.S Military. Apart from Carell, John Malkovich, Ben Schwartz, Diana Silvers and Friends actress Lisa Kudrow are set to be in the cast for Space Force.

What’s Already There To Watch?

Netflix has already released the first trailer for Space Force on 5th May. On 4th May, Netflix teased the trailer’s debut with an image which featured Steve Carell in the Space Force’s “Lunar Camouflage” uniform. Because, like the picture says, “the space will never see us coming.” It’s pretty witty if you ask me. Will General Naird succeed in launching a space-rocket or will space actually never see them coming? I guess we’ll just have to wait for the show to roll out to have our questions answered.