Padma Shri Awardee Poet, K.S. Nissar Ahmed, 84, who was also popularly known as “Nityosava Kavi” passed away on May 3 while he was at his hometown in Bengaluru during the Coronavirus outbreak.

Nissar Ahmed was a renowned poet and had received innumerous accolades for his invaluable contribution to Kannad poetry. He was awarded the Padma Shri back in 2008 and the highly esteemed Rajyotsava Award in 1981. His notable works include the unparalleled “Nityosava” which meticulously describes the pulchritudinous beauty of Karnataka, he released it in the 1970s for which he was awarded the highest literary award of the State, i.e Pampa Award (2017).

The entire country is mourning over the loss of such a great personality and his most beloved art-lovers are in demise after he was declared dead in his residence on Sunday due to natural age-related ailments.

Kokkare Hoshalli Sheikh Haider Nissar Ahmed was born on 5th February, 1936 at Banglaore and was an integral literary part of the Navya movement.  He was also the Professor of Geology. 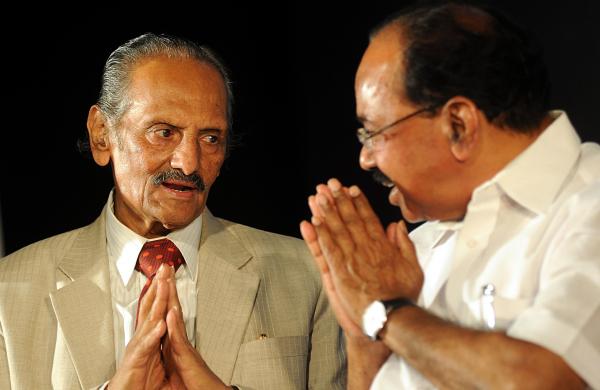 Recently, Ahmed received the news of the death of his son who lives in America and was completely crestfallen. His wife Shah Nawaz Begum (77) also passed away earlier this year at a private hospital in Bengaluru. Nissar’s health was rapidly deteriorating in his last days due to age-related issues and the doctors too advised him to stay admitted in the hospital. But, Ahmed however, got himself discharged and was staying at his residence in Bangalore where he finally died today.

Various public figures took to Twitter to mourn the death of Nissar Ahmed:

One of the most celebrated Kannada poets Professor K S Nissar Ahmed is no more. The 84 year great poet breathed his last an hour ago at his home in Bengaluru. End of an era. Prof. Ahmed was a colossus. Was a thorough gentleman. Rest in Peace Sir. #Karnataka

Padmashri Nisar Ahmed no more. A great loss to our state & the literary field. May his soul rest in peace. pic.twitter.com/IXO4td6qgi

KS Nissar Ahmed’s funeral will take place tomorrow amidst the Coronavirus lockdown in India. Nissar’s funeral will proceed in JC Nagar after his son arrives from Dubai.

World’s Strongest Man, Hafthor Julius Bjornsson To Attempt A World Record Deadlift Of 501 kgs(1104 pounds) LIVE. Where Can You Watch It?

Giant Asian ‘Murder Hornets’ Seen In US For The 1st Time. Should You Be Worried?

Giant Asian 'Murder Hornets' Seen In US For The 1st Time. Should You Be Worried?