Rob Murat is an R&B/pop artist and actor from Queens, New York, currently living in LA. He has also starred on the Netflix series “On My Block” and has recently received high praises for his music from publications like Medium Magazine, Broadway World, and CONTRAST. Rob has also made guest appearances on the FOX TV series Bones and has acted opposite Academy Award winner Halle Berry in the CBS TV series Extant, executive produced by Steven Spielberg.

The Hollywood Tribune had the distinct pleasure of talking to Rob himself about “Love Me Love”, his role on Netflix’s On My Block, and a few other things! Read the interview below to know the story behind the music video and how it came to be!

Why don’t we begin with some introductions? Tell us a little about yourself and how you got into acting and music?

First of all, thank you so much for taking a moment to chat with me. No matter how many interviews I do, I never miss the opportunity to say thank YOU for the time and interest. That said… I am a NY native now living mostly in LA. Music may very well be coded into my DNA. My grandfather was an internationally known big band musician and composer from Haiti. I grew up playing multiple instruments and performing in talent shows all throughout my school years, but I didn’t start thinking about music professionally until I was well into my college years at UPENN. As my music career was taking shape, acting training became a serious part of the equation when I found myself seeking more outlets to express myself artistically.

We’d like to talk to you about a couple of things today! How about we start with your newly released music video “Love Me Love”? It says in the video that you came up with the idea, correct? Would you like to tell us how and when the idea for this video occurred to you?

Yes – I conceptualized the story for the video. The idea of telling a different kind of love story where the “crazy” that lurks in the shadows of some relationships – plagued by insecurity and jealousy – is exposed for what it is… crazy! LOL. The seed for the visual concept of any song I create is often planted at the songwriting stage where lyrics and melody come to life. My songwriting process is assisted by being able to envision the story playing on the screen. This was definitely true in this case as I began to explore what the world inside of an insanely jealous mind could look like. 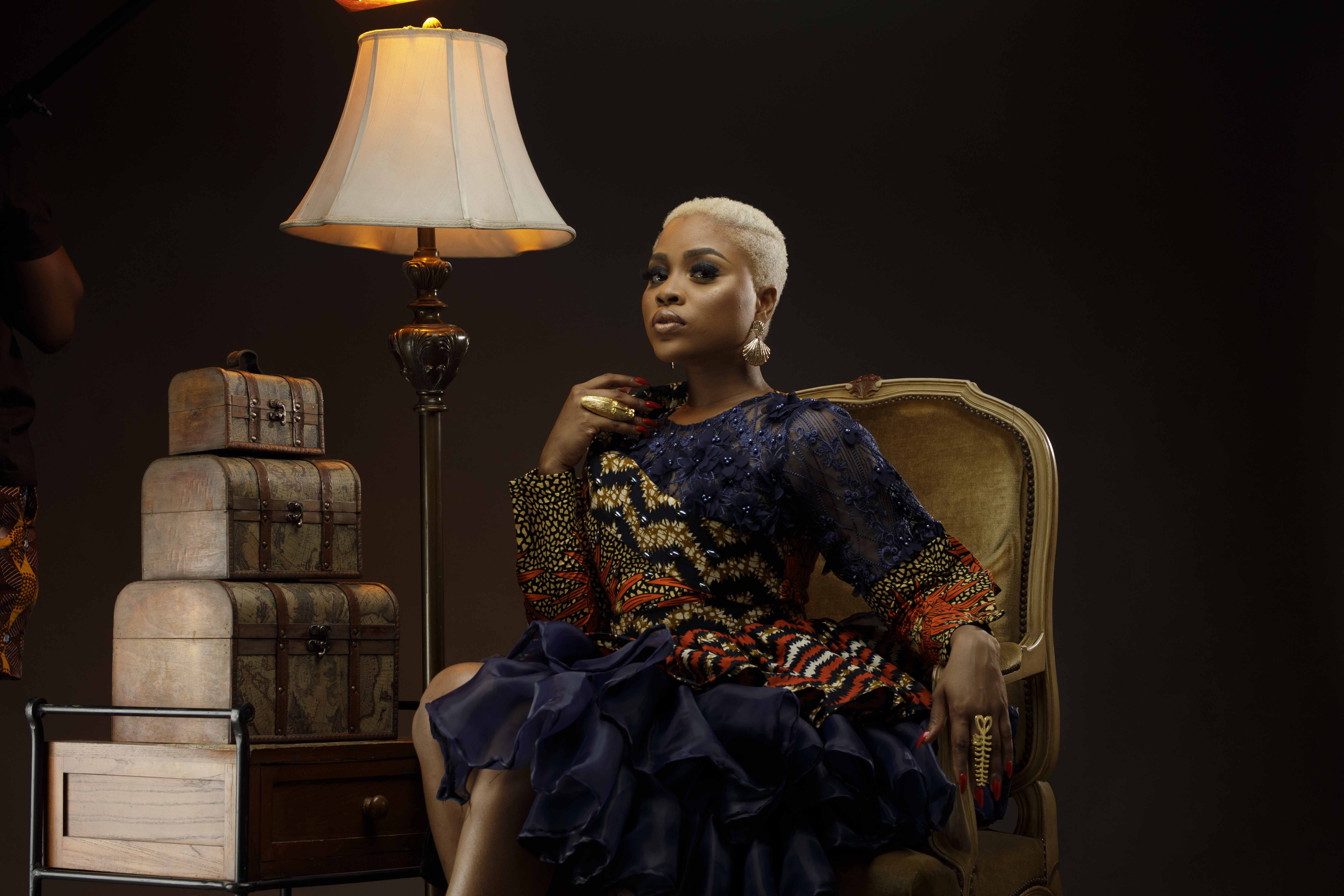 Adina Thembi is a gem. She is a bright spirit and vocal force to be reckoned with. We connected so organically on this track and the entire experience was a treat. This project was perfect for me to make my oﬃcial live-action directorial debut. This definitely felt like it was meant to happen – and exactly this way. On the production side, collaborating with my cinematographers, Andria Chamberlin (in LA) and KP Selorm (remotely in Accra) to pinpoint ways to achieve the visuals I storyboarded was a fun highlight. On the performance side, I had a blast getting ALL the way into character for a peek inside of my character’s deranged mind.

Would you like to talk about the deeper message of the music video?

There’s a level of absurdity in this short music film we created. That was purposeful. From the amplified cinematic opening to the hacking of surveillance cameras, it’s all slightly ridiculous. And then again, so is being in a relationship that triggers insane jealousy any time your partner is not within sight.

What were some of the challenges you faced while shooting?

The logistical hurdles of a lingering pandemic and the fact that I am here in the States while Adina is in Ghana was probably the biggest production challenge we faced. But, I was able to put together amazing teams in LA and in Accra with the assistance of my production partners, Maureen Aladin and Kwame Fukye. I crafted a unique story that would make sense and we as a unit were able to figure out an eﬀective and relatively quick approach to make it happen. 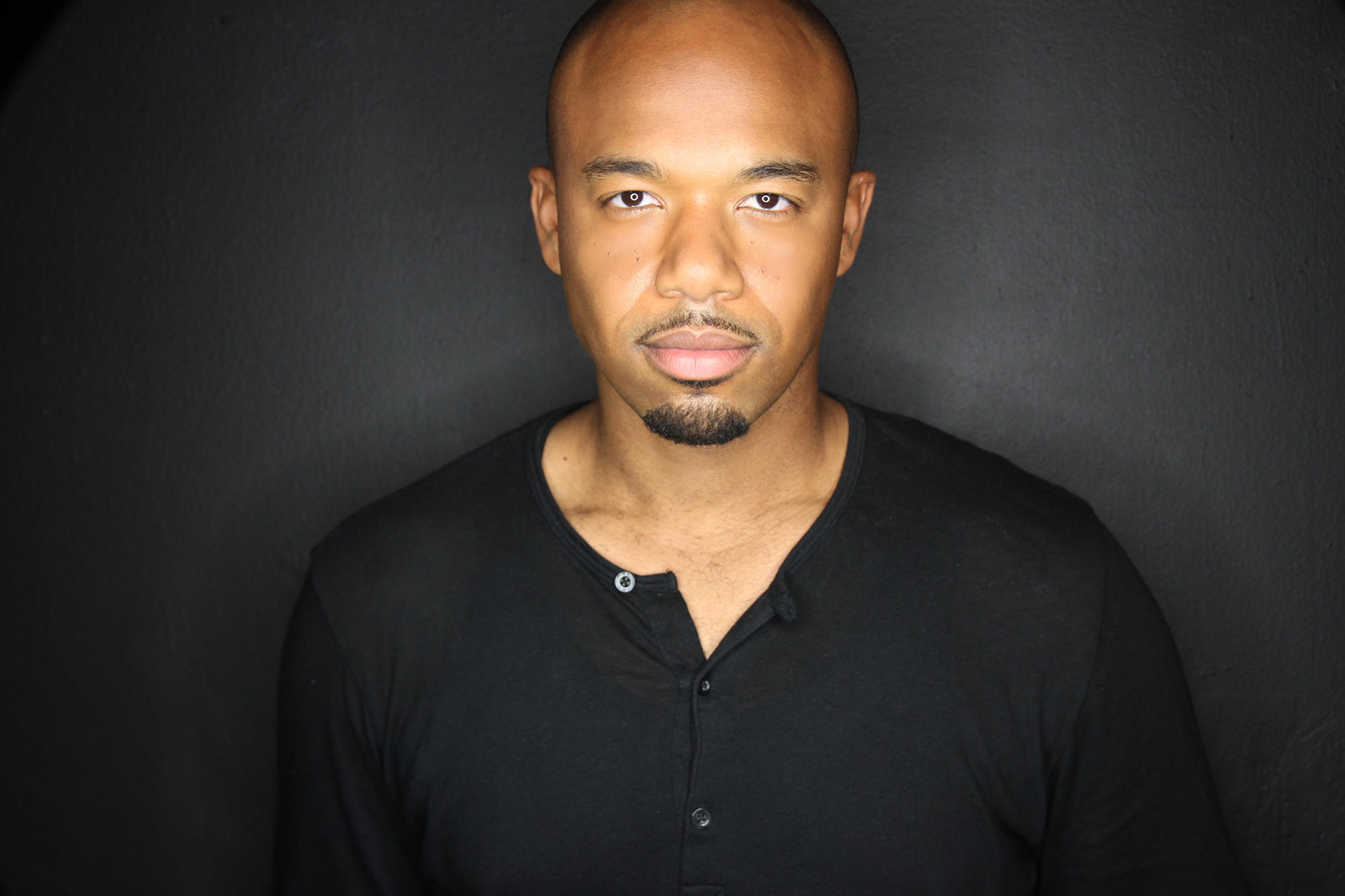 We’d love to hear you talk about your role in Netflix’s ‘On My Block’!

No matter how much praise the series has gotten, On My Block is one of those shows that you can’t possibly know how good it is until you watch it for yourself. I play Coach Ron, a slightly awkward High School football coach, in a storyline that showcases a group of atypical kids growing up in a rough South Central LA neighborhood. Show creators, Lauren Iungerich, Eddie Gonzalez, and Jeremy Haft have been able to orchestrate an impressive mix of feel-good storytelling, comedic silliness, unexpected drama, and a touch of suspense. We are currently filming the fourth and final season of the series. Stay tuned…

If you could choose 5 things that you want in your life right now, what would those be?

I am thankful to have quite a bit of it in my life. And I work mindfully every day to secure more of it for me and my family.

Do you have a message for aspiring artists who have just started out in the music/acting industry and are looking forward to a career in it?

Absolutely. If you know within the deepest depth of your being that you are doing what you were destined to do, CONTINUE – no matter what. And if, by chance, you aren’t sure, do whatever it takes to keep digging until you uncover what that calling is – no matter what.

Don’t forget to share this because everyone should watch “Love Me Love” at least once. And as always, stay tuned to The Hollywood Tribune for more awesome song recommendations, music videos, and Exclusive Interviews of super-talented musicians and artists! For more exclusive content, head over to THT EXCLUSIVES and subscribe to updates!