Netflix India on Friday dropped the trailer of an upcoming crime thriller called Raat Akeli Hai, which stars Radhika Apte and Nawazuddin Siddiqui. This film is a part of 17 originals that are set to premiere on the streaming platform in the coming weeks. Radhika Apte shared a video on Instagram, where she gave a tiny glimpse of her character from the film.

In the clip that she shared, Radhika is seen sitting with a frightened look on her face. She also captioned the post, where referred to the iconic retro song “Raat Baaki.” Apte also mentioned a character from the film called Jatil Yadav and wrote whether he will ever know about a particular incident that seems to be the base of the story.

Certain reports suggest that the film talks about a love story in the heartland of India. The film Raat Akeli Hai is produced by RSVP and Macguffin pictures and marks Radhika’s and Siddiqui’s Netflix reunion after Sacred Games. Radhika Apte has previously appeared in the streaming platform through Ghoul and Lust Stories.

What is the Plot of Raat Akeli Hai? 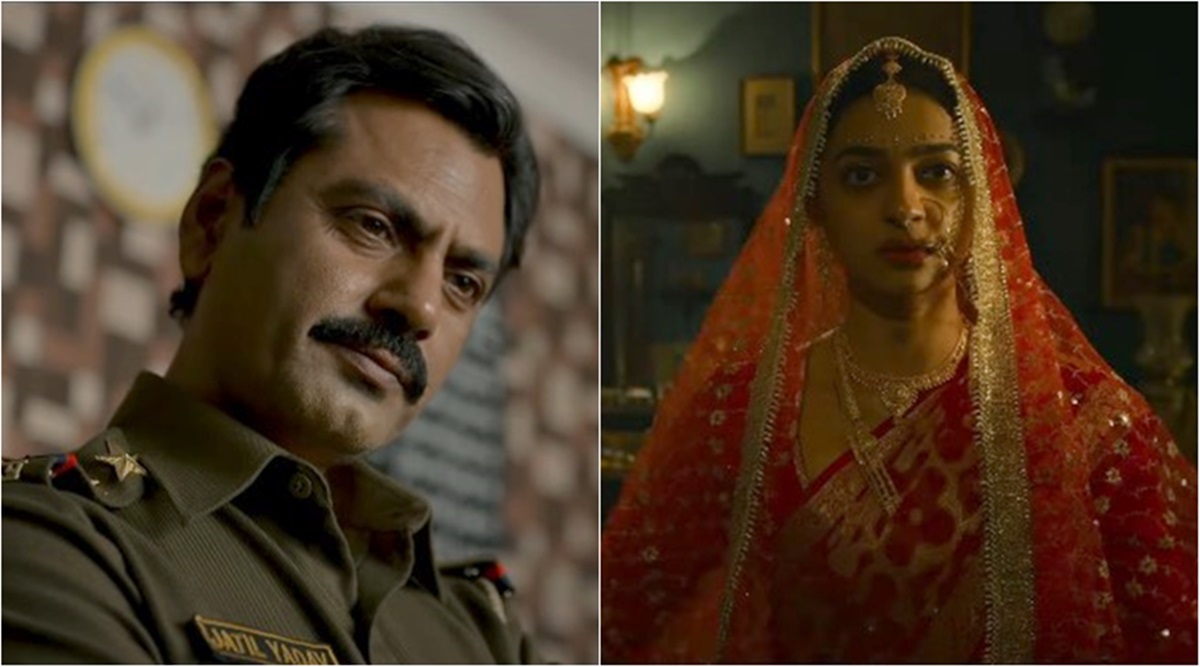 The crime thriller marks the directorial debut of casting director Honey Trehan, who is known for movies like Talvar, Delhi Belly, Udta Punjab, and Raees. The film follows police officer Jatil Yadav played by Nawazuddin Siddiqui, who is out to investigate the murder of a wealthy landlord.

The moment his character sets foot to investigate the murder, it is clear that there is something sinister waiting to happen, with each member of the family hiding something. The trailer of Raat Akeli Hai gives the audience a peek into Jatil Yadav’s attempts at unraveling the truth behind the gun-shot that killed the wealthy landlord during his second wedding.

The family calls this an accident, but Jatil believes that there’s a lot more truth to be found. Ranging from the victim’s first wife to his daughter and even his widow played by Radhika Apte, everyone is a suspect to Jatil Yadav.

Who’s in the Cast of Raat Akeli Hai?

The trailer is filled with exciting moments in which Radhika Apte’s character is one of the high points. The film has a solid ensemble cast, which includes the likes of Tigmanshu Dhulia, Shweta Tripathi, Khalid Tyabji, Aditya Srivastava, Shivani Raghuvanshi and Ila Arun.

When is Raat Akeli Hai Releasing? Where is the Trailer?

Raat Akeli Hai is set to premiere on Netflix on 31st July 2020, and you can watch the trailer released earlier today on Youtube. While talking about Raat Akeli Hai, Siddiqui said in a statement, “Raat Akeli Hai is the kind of story that draws you in immediately and takes you along the winding journey.”

To this, he adds how his character Jatil Yadav is a social misfit and says, “He is always in search of justice – and does not rest until he finds out the truth.”

Radhika Apte calls her return to Netflix a homecoming and says, “I play the character of Radha, the new bride of the deceased, who is stubborn, feisty, arrogant and yet mysterious. She alternates between suspicion and being vulnerable. To peel layers of her character has been an inspiring challenge for me.”

Fans are excited about the OTT release of this film due to the COVID-19 pandemic. Several movie stars and filmmakers are turning to OTT platforms for the release of their movies, as movie theatres are currently closed for an indefinite period.

For more updates on Raat Akeli Hai, do stay tuned to The Hollywood Tribune as we provide news from Hollywood/Bollywood and beyond.

The Old Guard 2: Is It Happening? Here's Everything We Know