This song celebrates that cute feeling you get when you’re crushing on somebody. Those butterflies in the tummy and with your face lit up with a 360-volt smile, wondering if your crush feels the same way about you.

Saying goodbye to the final days of summer vibes brings loyalties in a melodious union with Alto Moon in their new song ‘Body Language’. The song is such a feel-good one that it succeeds in bringing good vibes to both your mind and body. ‘Body Language’ is a fantastic blend of pop beats by loyalties and soulful R&B by Alto Moon.

Friends Dan and Michael worked on various music projects together and since 2016 and this very partnership led them to create ‘loyalties’. Mike writes the song and Dan deals with the production and mixing. This new single ‘Body Language’ will make you feel the things that words could never do about falling in love.

This song celebrates that cute feeling you get when you’re crushing on somebody. Those butterflies in the tummy and with your face lit up with a 360-volt smile, wondering if your crush feels the same way about you. The song explores all of that amidst a pleasant summer mood.

‘Body Language’ released after their previous song, ‘Sad Sometimes’ blew up on TikTok. It went on to become popular as it featured TikTok star and singer-songwriter, Emma Oliver. The song got endorsed by TikTok and it also got more than 400k streams across various platforms— Apple Music and Spotify.

Go ahead and pre-save our new single “Body Language” with our buddy @alto.moon. it’s a jam. swipe to get a sneak peek. #newmusic

Another thing that makes this song special is that it was created and produced virtually over FaceTime from Dallas, Atlanta and Brooklyn.

Here’s an exclusive interview with the loyalties to get to know about their experience on this song followed by a detailed review of ‘Body Language’!

How Did ‘loyalties’ Happen? What’s your story?

Dan and I (Mike) have been friends for a while – working together on different projects since 2016 and it just kind of made sense to try to start something together. Dan specializes in production and mixing, while I cut my teeth songwriting and together we strengthened each other.
We have been working on a lot of different songs for most of 2020 and we have a lot of cool collaborations with different artists, and singers coming soon! 2020, although a shit year in so many ways – has given us time to figure out who we want to be as a production duo.

We would love to know more about your upcoming collaboration with Alto Moon!

Body Language was completely written and produced all through the heat of quarantine. Dan is based out of NY and I am in Texas so we always work remotely – but throwing Alto Moon into the mix (he is based out of Atlanta) added a new challenge.
We wrote the song via FaceTime sessions and finished it in a couple months. It’s such a cool track to us that really lets us lean into the pop side of what we do. His voice though adds a smooth overtone and he is truly one of the most talented singers we have ever worked with.

Tell Us What Went Into Making “Body Language” And How Did The Idea Come Up?

We originally had sent Alto Moon an instrumental idea and a melody (I am a terrible singer – but sometimes come up with cool ideas) to him and we just went back and forth through texts at the beginning with ideas.
After a couple weeks we jumped on facetime and started really writing the song and solidified the idea of telling the story about a summer fling that could be more (you might want it to be more) but the other person is scared to commit for whatever reason.

Is There A Real-Life Story Behind “Body Language”?

No story in mind – but I think a lot of us have fallen for someone who is scared to commit to something serious. You can’t stop falling for them even though they are hesitant with really diving in – but in specific moments, time stops and you can tell by their touch, smile, or even a kiss – that it’s more than just what they say it is.

Which Artists Do You Listen To And What Are Your Preferred Genres?

We listen to music from all over the place but have kept coming back to Clean Bandit, Illenium, Disclosure, as producers. Genre wise – I think Alternative / Indie Pop, and Hip-Hop are big ones for us. 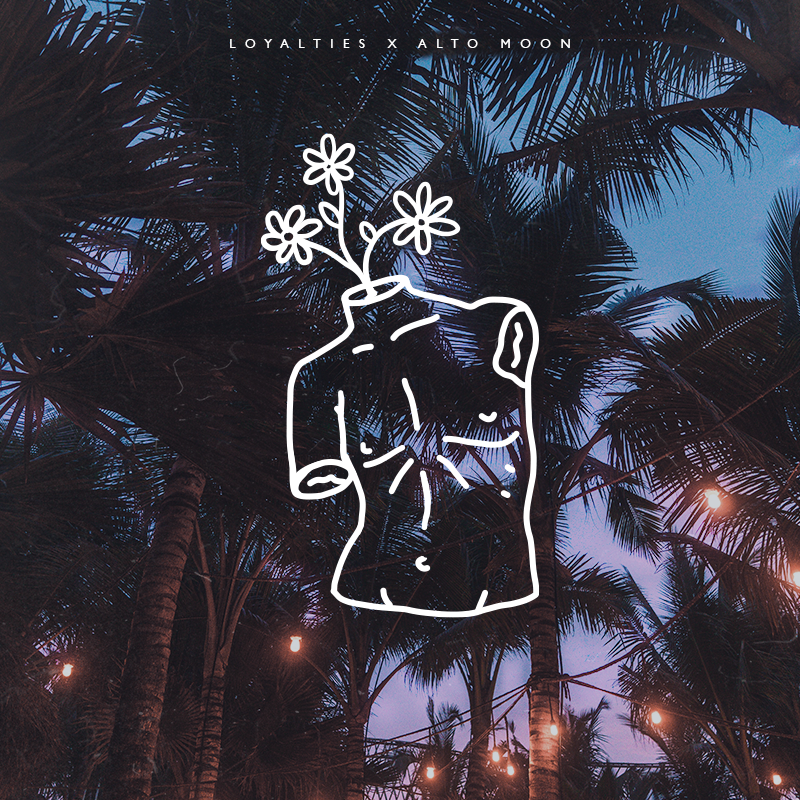 What Would You Say To Artists Who Have Just Started Out In The Music Industry?

Content, content, content. I would say that I think a lot of artists can get scared to put out their music because it’s not “good enough”. Don’t fall into that trap and create, release, create, release and fall in love with the process. Everything else will come with time.

Is ‘loyalties’ Working On Any Other Projects?

Right now we are writing, creating, and collabing with multiple other artists. We will be releasing a few more singles this year under our name and then also producing some fellow songwriter’s records as well.
We love working on both sides – with our name on the project, and off of it. It helps us stay creative.

What Does ‘loyalties’ Aim For? What’s Its Future?

Body Language is the second single off of our upcoming record and then from there – we are planning to keep creating, releasing, creating and releasing. With the world being so upside down right now – we are just hoping our music can be used as an escape of sorts.
A little bit of emotion that people can connect to and transport them into a different place for a few minutes as they listen.

Here’s a detailed review of what we think about ‘Body Language’:

The lyrics are beautiful and it’s soothing at the same time. It sets up the mood perfectly and calls for a good summer vibe with your bae. The words make you feel good and hopeful that maybe the one you love feels the same way about you. It’s like you’re trying to figure out by interpreting the body language of love and putting it down in words.

The vocals of this song are on point as it brings out the feel-good element that Body language tries to portray. The combination of the vocals along with the music as an entire package is amazing and we think you should play this song to convey your feelings to the one you love. The vocals are subtle and that is everything this song needs.

The music is pretty funky and has a pop and R&B feel to it. We would play this song at every party as it has the potential to be a good party number especially if the party is in summer somewhere near the palms.

We wish that there was a video for this song but since there isn’t, we could imagine what the video could be all about. The imagery that is brought about by the song is something like this — you’re on a beach with your feet in the sand. You’re sipping on Margarita as you dance with your crush under the pale yellow fairy lights. A picture-perfect party with a happy ending!

Don’t forget to share this because everyone should listen to “Body Language” at least once. We bet, they’ll put it on repeat. And as always, stay tuned to The Hollywood Tribune for more awesome song recommendations, music videos, and Exclusive Interviews of super-talented musicians and artists! For more exclusive content, head over to THT EXCLUSIVES and subscribe to updates!

This song celebrates that cute feeling you get when you’re crushing on somebody. Those butterflies in the tummy and with your face lit up with a 360-volt smile, wondering if your crush feels the same way about you.