The duo does it again!

Shor Police has rocked the electro-pop landscape ever since the duo came into existence. The duo consists of Clinton Cerejo, the wizard of composition and production & Bianca Gomes who possesses a wide range of euphonic artillery.

They have been experimenting with electro-pop, fusing pop with multiple genres like classic rock, R&B, jazz, etc, pushing the boundaries of mainstream music production. “I think as Shor Police, we’ve made it an unspoken mandate to try and push the envelope whenever we can in terms of getting the audience to accept something new, something more forward-thinking,” says Clinton Cerejo. 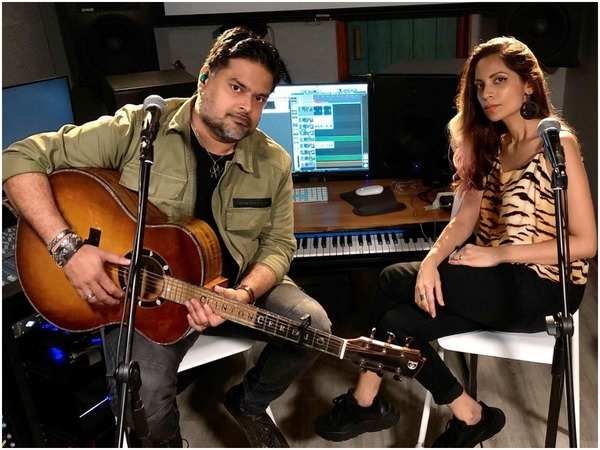 While both of them started off a bit differently, paving their own roads for their careers, their interests in pop remained the same. Clinton Cerejo has been composing and producing songs for decades and his notable works include, “Aukaat,” a rap song with Amitabh Bachchan for ‘Badla’ (2019), “Dil Toh Bachcha Hai” for the movie ‘Ishqiya’ (2009), “Do You Wanna Partner” for ‘Partner’ (2007).

He was also a part of Coke Studio India where he dropped fusion rock songs such as Baina and Mauje Naina alongside Bianca Gomes. He composed and produced “Madari,” a stroke of genius. 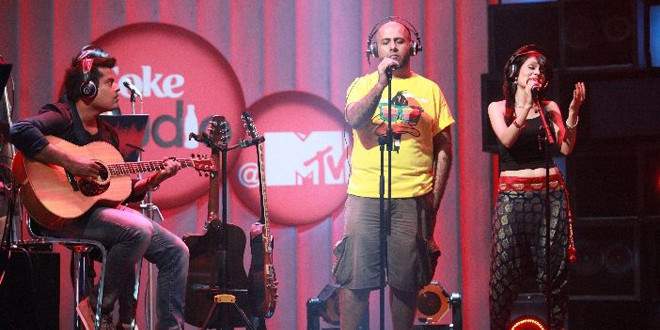 Bianca Gomes has been a part of Bollywood playback and her notable works include “Aunty Ji” from ‘Ek Main Aur Ekk Tu’, “Rootha” from ‘Te3n’ and many others.

Bianca Gomes and Clinton Cerejo have also collaborated with Sujoy Ghosh, as singer and composer, on Kahaani, Kahaani 2, and Te3n (which Ghosh produced).

Besides being a ninja of composition, Cerejo is also an amazing singer and is known for his background scores for many films including, ‘Jugni’ (2016), ‘Section 375’ (2019), Ra.One (2011) and many others, and has been a part of the Hindi film music industry for decades. He has also composed music for dozens of commercials.

Shor Police is also the only band that has made it to ‘Metallica Blacklist’ and they keep exploring new avenues outside their comfort zones and bring uniqueness to every song they touch. The duo had also recreated a famous national Czech song and they collaborated with A.R. Rahman’s NEXA MUSIC to create some very catchy songs.

This is exactly what people think when they can’t remove a SHOR POLICE song from repeat.

The playback in ‘Bob Biswas’ really brings out the genius of Bianca Gomes and Clinton Cerejo, the way they set the mood from a jocund “Tu Toh Gaya Re” to a dark-themed “Janoon Na” is mesmerizing.

Shor Police always goes the extra mile to deliver that quintessence of versatility and the way Gomes delivered “Janoon Na,” making it Enigmatic yet Catchy. Its Unsettling yet Hooking and is worthy of applaud.

They also recently collaborated with Harshdeep Kaur in “Jallianwala” for Salim Sulaiman’s Bhoomi 2021.

The Hollywood Tribune had the pleasure to interview Shor Police’s Clinton Cerejo and Bianca Gomes where they talked about how Shor Police was formed, their experiences recording and composing “Tu Toh Gaya Re” and “Janoon Na” for recently released ‘Bob Biswas,’ and what’s next for them as Shor Police.

1.) How was your experience working with Red Chillies Entertainment? Tell us about your experience of recording, composing, and making the songs (and score) to what they are now.

Always a great company to work with. And working on Bob Biswas was no exception. Also, for me, having scored Kahaani all those years ago, the Bob spinoff was surprisingly not as easy as I thought it would be. Primarily because Diya Ghosh is such a different director from her dad Sujoy in terms of sensibility. She’s pretty mature as a director for her age. But having Bianca’s perspective while scoring this film and also composing the songs really helped, cause it helped take me away from the Kahaani template a bit yet retain some flavor of the thriller that Kahaani was, but in a completely modern context. With the score and songs being composed by Shor Police we were able to establish a completely different sonic identity for the character of Bob.

We were really excited to be part of Diya Ghosh’s Bollywood directorial debut. Right from our first meeting with her she had a very clear idea of the type of songs and score she wanted for the film. Overall since it’s a dark comedy, the vibe of the songs as well as the score was in a mysterious zone. For the background score, we took it in a less predictable direction and decided to be a little quirky with Bob’s character because he was being portrayed in a new way. It was a completely new and challenging experience for me to be working on a film score, especially with Clinton who’s so experienced at this. The final result was quite interesting and it just goes to show how two people can see the same scene in two completely different ways from each other. So there’s a certain unexpectedness which is always fun. 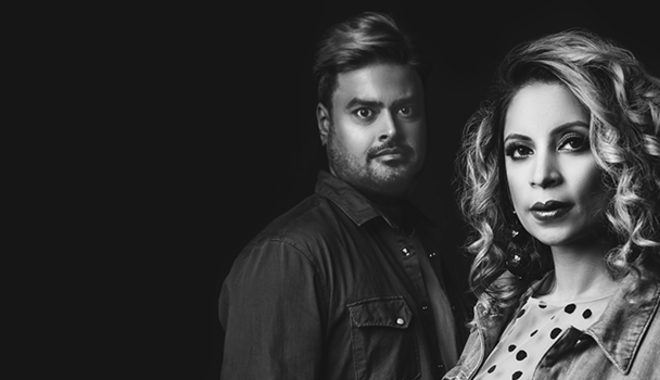 The song “Janoon Na” is really special to us cause I think it’s a step forward for Bollywood in terms of accepting a completely different sonic scape and a glitchy pop sound that you don’t often hear in a Bollywood film soundtrack. The lyrics speak of the dark underbelly of the city, but from the point of view of the writer talking to the city as a lover. Siddhant Kaushal really penned these lyrics beautifully as well. It totally reflects the dark somber mood of the song and pushes it even more in that direction. I think as Shor Police we’ve made it an unspoken mandate to try and push the envelope whenever we can in terms of getting the audience to accept something new, something more forward-thinking.

Even though it’s a film song, we wrote it more like a pop song, keeping in mind the tone of the film, of course. So much has changed over the past couple of years and audiences are now more receptive to a more modern and less predictable approach to film music.
We created this quirky. industrial sound for “Jaanoon Na” because of the nature of the lyrics and the dark tone of the film. Melodically as well, it’s almost conversational and has a certain mysterious element to it. Also, this was the most fun to create because we had a completely blank canvas sonically and felt it was important that while it has to fit into the context of the film, it also gives the audience an introduction to our sound as Shor Police, which is essentially electro-pop. 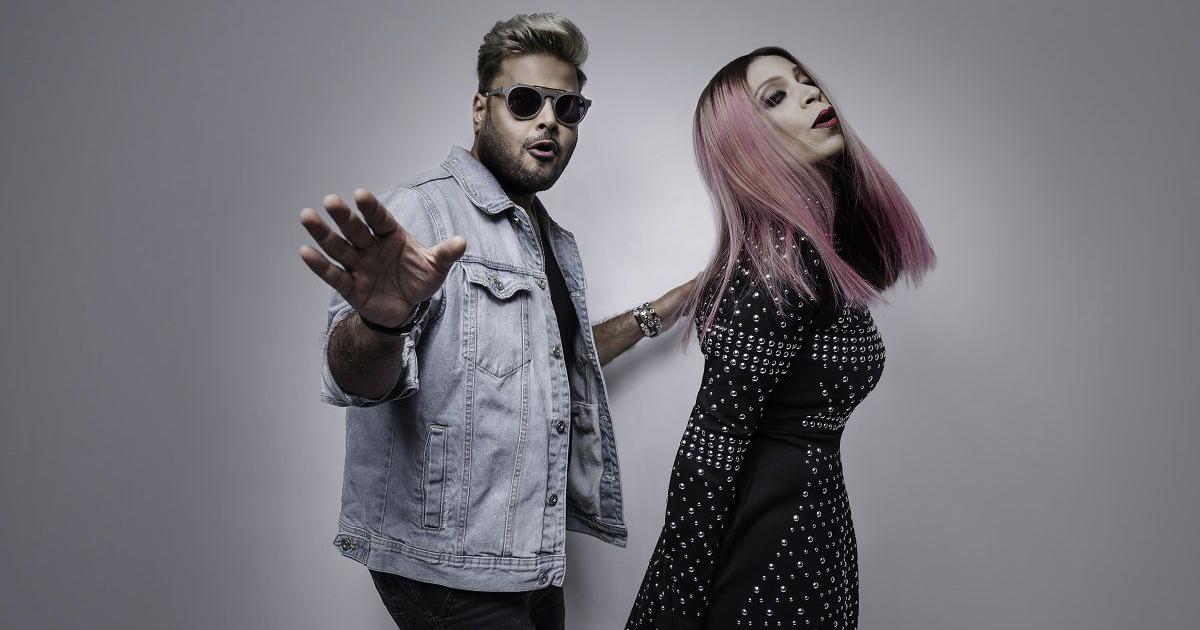 3.) Tell us a little about how Shor Police came to be.

Clinton and I have known each other as friends for many years. I’ve always admired him as an artist but never really thought we would actually end up composing together till we worked together on our fusion project “Ananthaal” with Vijay Prakash. It was after that, that we decided to explore the possibility of writing together. I think the reason why it works is because I bring a certain amount of unpredictability to the drawing board which is so different from Clinton’s style of songwriting. Even though our influences are similar, our ideas are so different. But the important thing is that we always make way for each other’s ideas and I think that’s the key to a healthy working relationship.

I got pretty well known as a fusion composer post the success of both my seasons of Coke Studio. But somewhere, I also felt it boxed me in a little. My name became too synonymous with folk fusion and I wanted to break out of that a little bit. That’s when I realized that collaborating with Bianca would be a good idea cause she has a very strong pop sensibility and an innate sense of what constitutes a good hook. Those qualities were interesting to me and I wanted to compose with her more, just to see where it goes. And here we are, doing so much, suddenly and I’m really grateful for all of it and all the attention we’re getting. I guess somewhere we seem to be making the right moves. 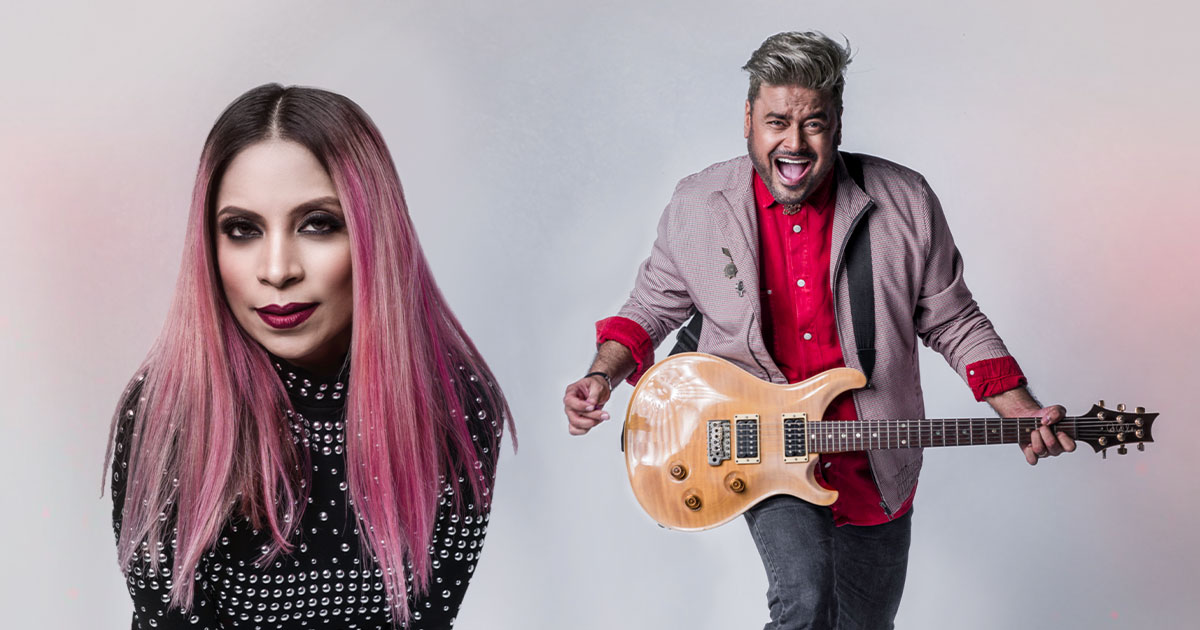 We definitely have some film releases that you can expect to see in 2022 as well as our own independent singles. It’s going to be a year where we really focus on content in a big way. We’ve had a great gig season this winter and it’s time to get back to the studio and get cracking.

Yeah, we’ve been working on a couple more film projects, which has been keeping us quite busy. As well as working towards releasing maybe an EP or album of our original music sometime during the new year.

5.) If there’s one message that you’d like to convey to anyone who sits at home and aspires to be a singer/songwriter/composer, what will that be?

Find your own voice. Don’t try to be anyone else. Audiences are especially drawn to a new and fresh tone. So don’t be afraid to sound different. And if you’re a songwriter and wanna follow a certain genre, again, find a way to make it your own, to put your stamp on it. Don’t follow a trend. Create one.

I think in a world where any information or knowledge you may want to acquire, is available at the touch of a button, you have no excuse for being underprepared. So I would say arm yourself with all the skills and knowledge that you can so that when the opportunity finally does knock on your door, you’ll really be ready for it.

Have a Merry Christmas and don’t forget to share this because everyone should listen to Shor Police at least a hundred times. We bet, you’ll put their songs on repeat. And as always, stay tuned to The Hollywood Tribune for more awesome song recommendations, music videos, and Exclusive Interviews of super-talented musicians and artists! For more exclusive content, head over to THT EXCLUSIVES and subscribe to updates.