Stranger Things Season 4 Finally Gets The Green Light. Here's All We Know!!

All Aboard the Hype Train!!! It’s finally official, Stranger things Season 4 has been green-lit and will be on our screens soon! What’s more? Netflix recently released a teaser that shows Hopper, who, in case you forgot was a character that died at the end of the third season. The teaser pretty much confirms that he is alive and is the American Prisoner mentioned during the post-credits scene of Season 3. So one can expect numerous theories to surface between now and the release of Strangers Things Season 4.

In October 2019, Eleven and the gang made their most anticipated comeback to Hawkins for season three of Netflix’s sci-fi hit, and two years later they will come back to the same, if not a higher level of anticipation from fans all over the world.

If you are new to Netflix’s Stranger Thing’s, then we recommend that you invest a few hours of your day in binge-watching all three seasons that are currently streaming on Netflix (you can be sure to find them in the “most popular” section). Once you’re all caught up, it is all but certain that you will be surfing all over the web in an attempt to find out more about the fourth season.

No need to go any further, We at THT are about to tell you everything we know so far about Stranger Things Season 4.

When will Stranger Things Season 4 be released on Netflix? 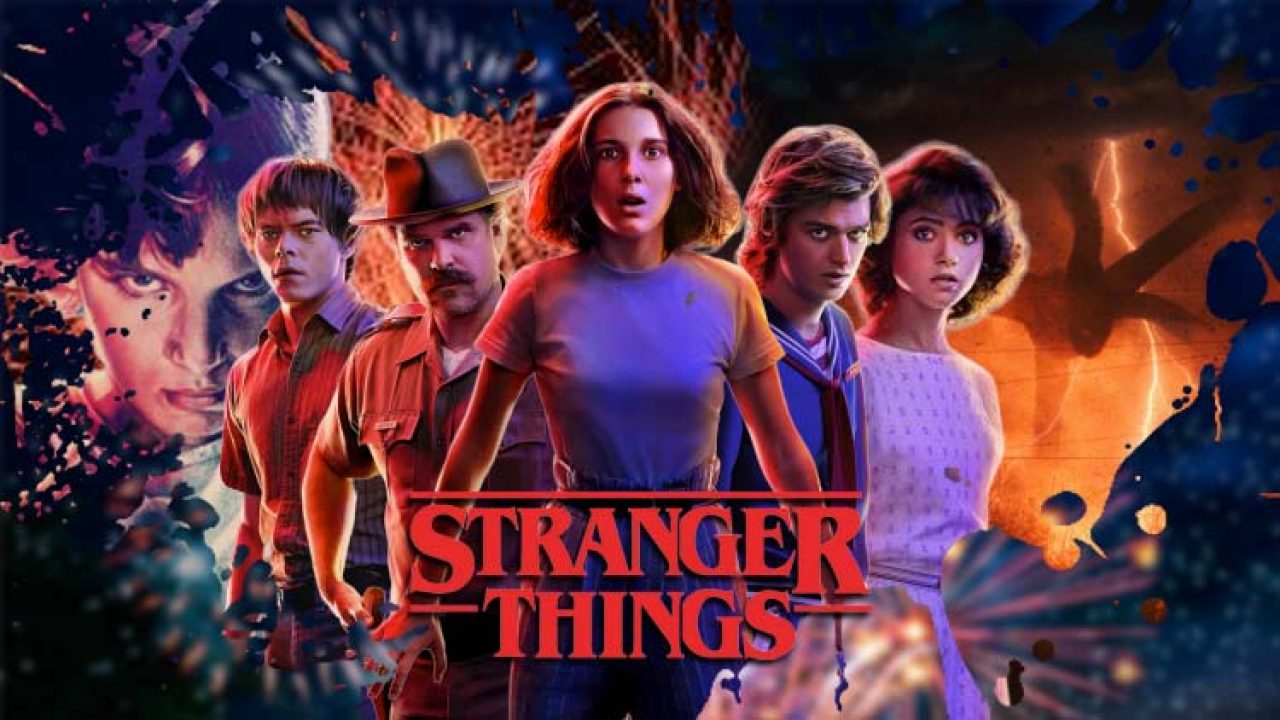 Ironically, the release date for the 4th Season has not yet been released by Netflix, but given that there was a 20-month gap between season two and three, we may not be returning to Hawkins until 2021! There may be even further delays, as production has been halted on Stranger Thing Season 4 due to the coronavirus outbreak. 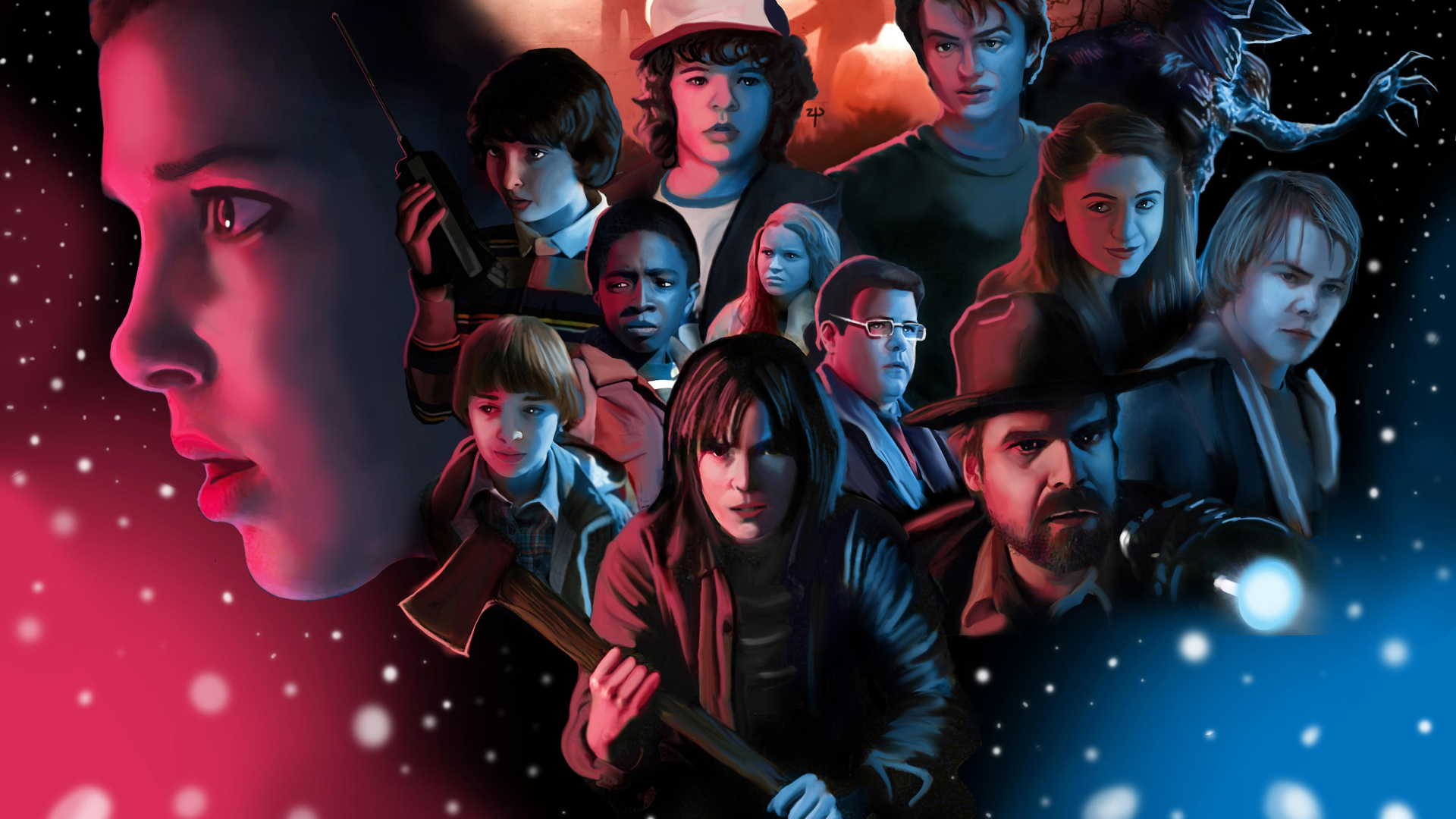 Although Stranger Things Season 4 has now been officially announced, there are no official cast member announcements. However, we can rest assured that the familiar faces of the previous seasons will be making a return to our screens. These members include Finn Wolfhard (Mike), Millie Bobby Brown (Eleven), Caleb McLaughlin (Lucas), Sadie Sink (Max), and Joe Keery (Steve Harrington) and, of course, Hopper (David Harbour).

Maya Hawke (Robin), who was a newcomer for season 3, quickly turned herself into a fan favourite – and will most certainly be a significant presence in season 4 – while Lucas’ younger sister Erica (played by Priah Ferguson) will likely continue to enjoy a larger role in the show.

As seen at the end of season 3, the Byers family moved out of Hawkins, and it may well be the case that series regulars, Winona Ryder (Joyce) and Charlie Heaton (Jonathan) may have smaller roles this season. 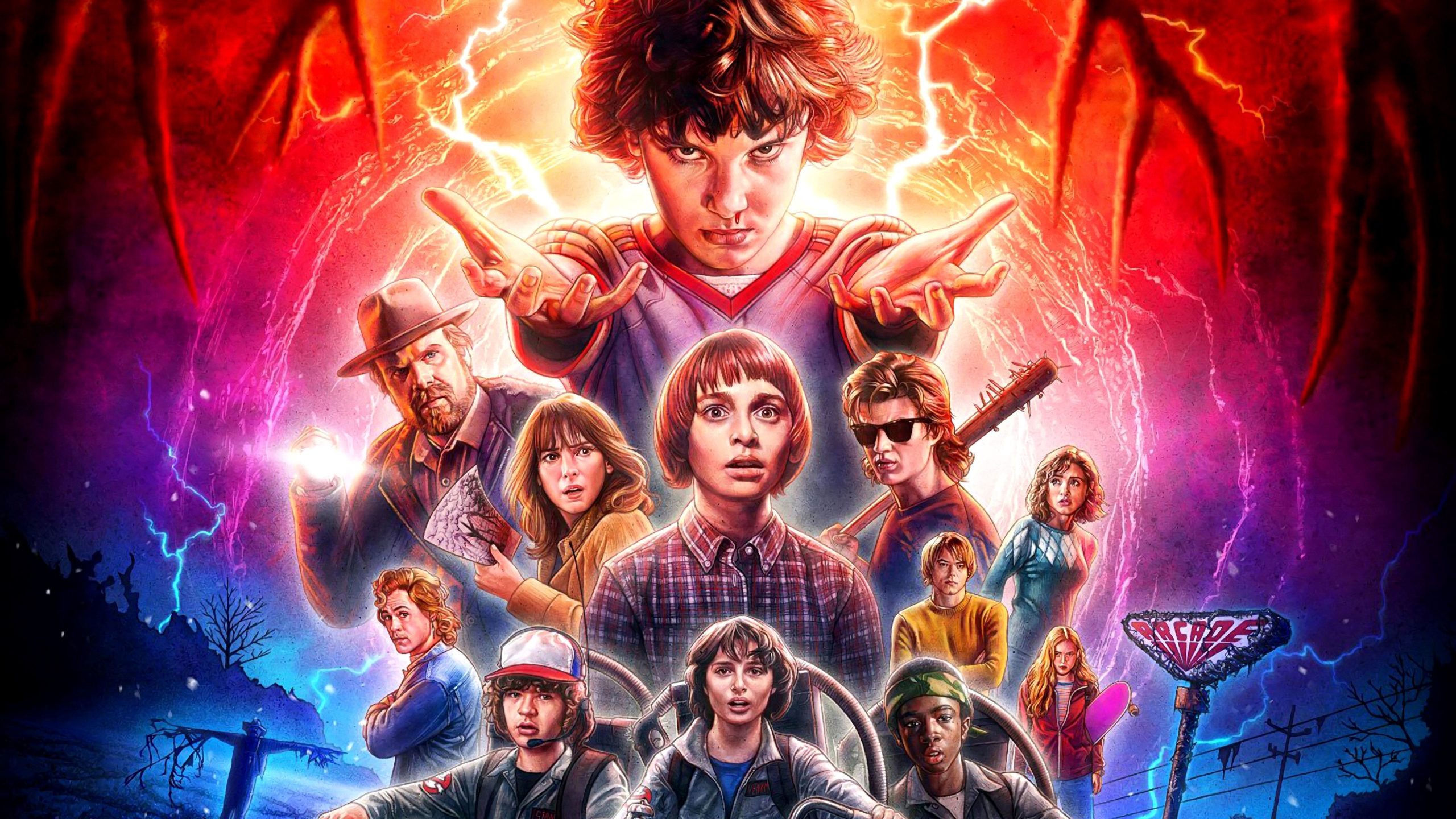 The Stranger Things’ writers account revealed the title of Season 4, Episode 1 back in November 2019.  The title is currently ‘The Hellfire Club’, which many Marvel fans will remember from the X-Men comics. The Hellfire Club was a group of villains of which Emma Frost was a part of, that always fought the X-men.

There have been numerous parallels that have been drawn between X-men and Stranger Things over the years, including several cheeky references to the comic from the show itself. It will be interesting to see what “The Hellfire Club” has in store from us, and if/how it relates to the X-men storylines.

What can we expect to see in Stranger Things Season Four? 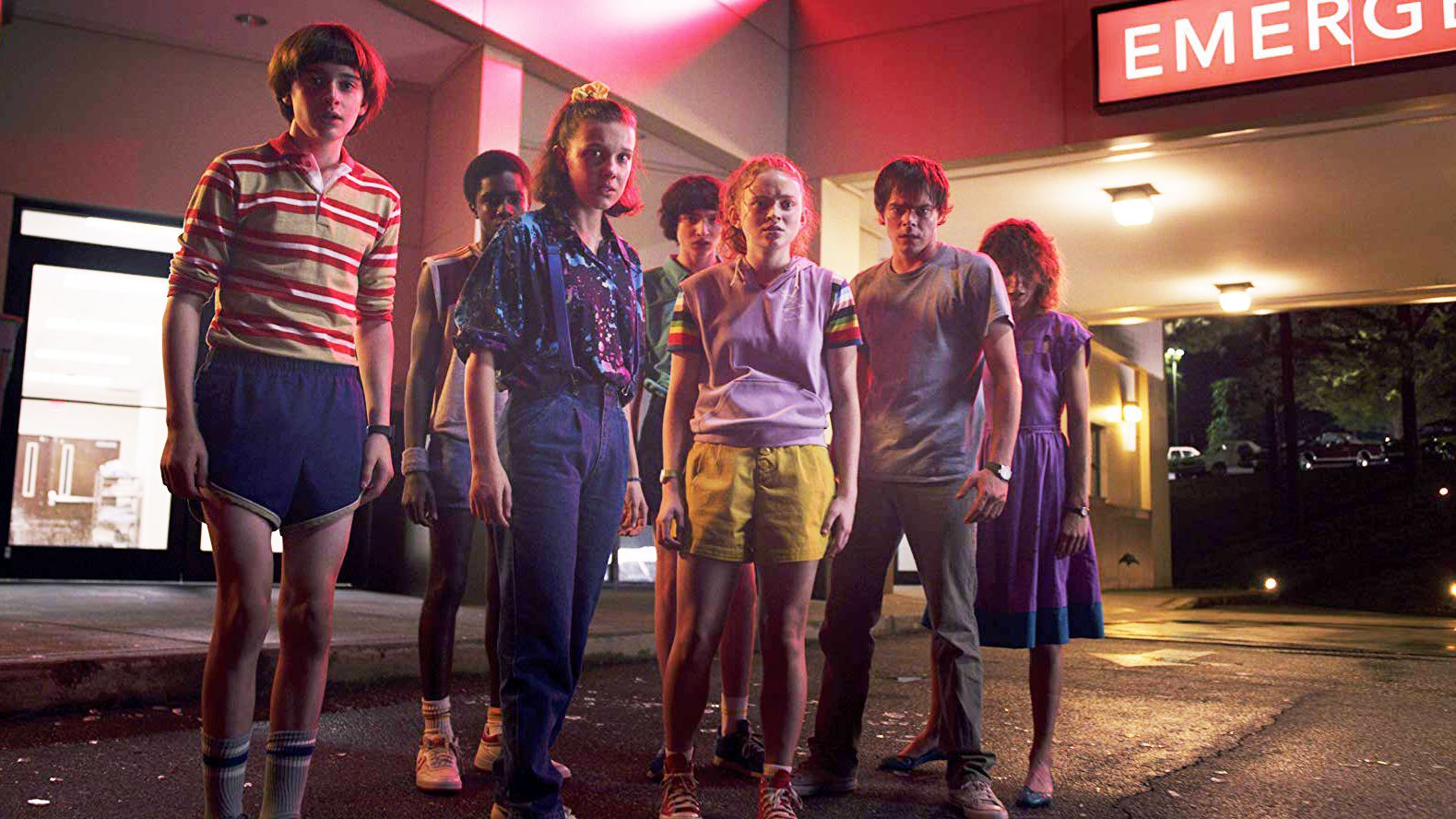 When we last saw Hawkins, we saw Joyce and her sons Will and Jonathan, along with Eleven, packing up things from their home and shifting everything to a removal van, which was understandable as they were supposed to be moving away. Given the ending, it can be expected that Season Four might see the gang drift apart, as the show moves away from Hawkins for the first time in its history.

We are still unaware of any concrete plot or storyline of Stranger Things Season Four. All we have to go on is the ending of Season 3, its post-credit scene and some visuals from the official teaser released by Netflix.

Did Hopper really survive the explosion? 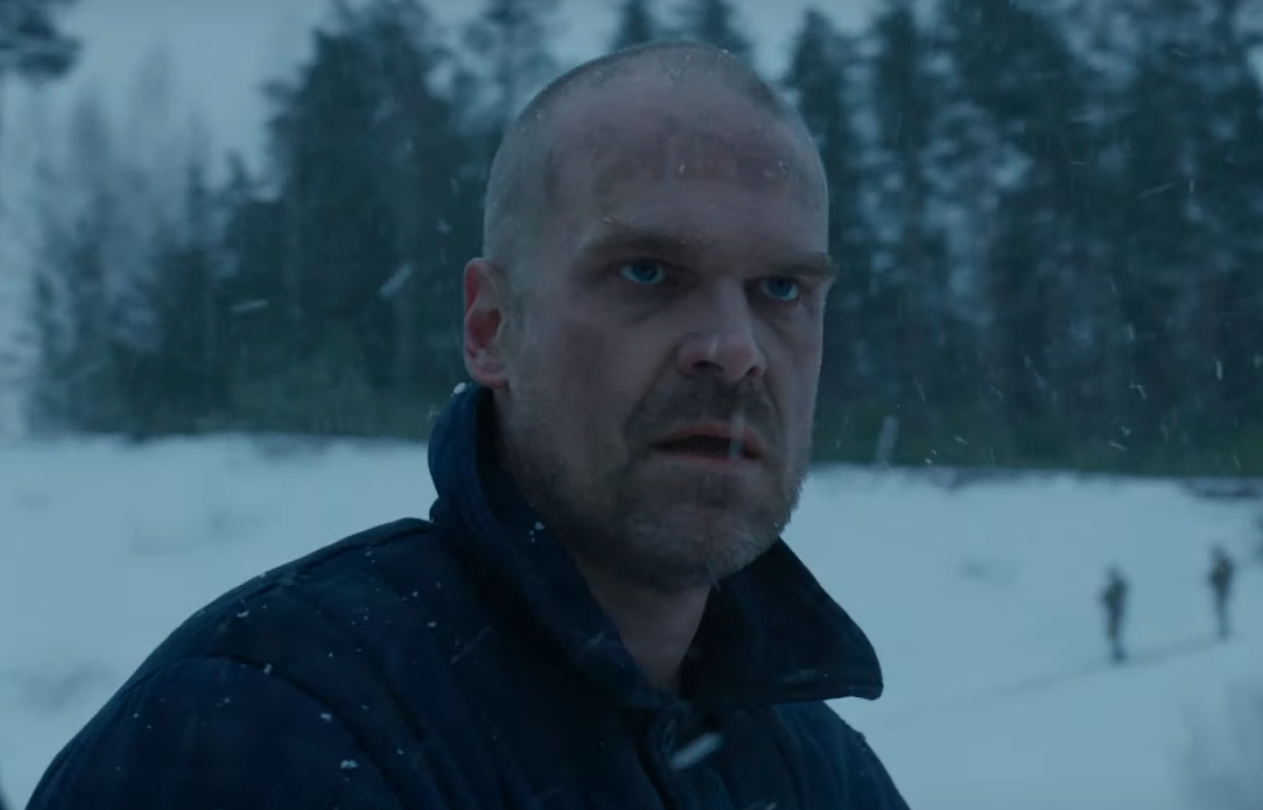 Some fans on Reddit believe that the Hopper seen in Stranger Things Season Four’s teaser trailer who was forced into manual labour in some remote part of Russia is not even the real Hopper, but is actually a clone of the Chief. A very similar incident happened to Will Byers in Stranger Things season 2. So, the question remains whether it is the real hopper we see or whether it is some kind of a clone being controlled by the Mind Flayer.

Other fans contradict the above theory and are quite convinced that when Hopper was trapped between the gate to the upside-down and a beam of light, he somehow managed to escape from there before Joyce was able to destroy the portal.

This can be theorized in detail because when the camera cut from Joyce to the portal explosion, Hopper was not visible in the spot where he was supposed to be. It is a possibility that Hopper found a way that led him to a safer area. Since he was already wearing a Russian uniform, the other Russian officers may have found him and taken him to Russia.

Will Joyce and Murray save Hopper? 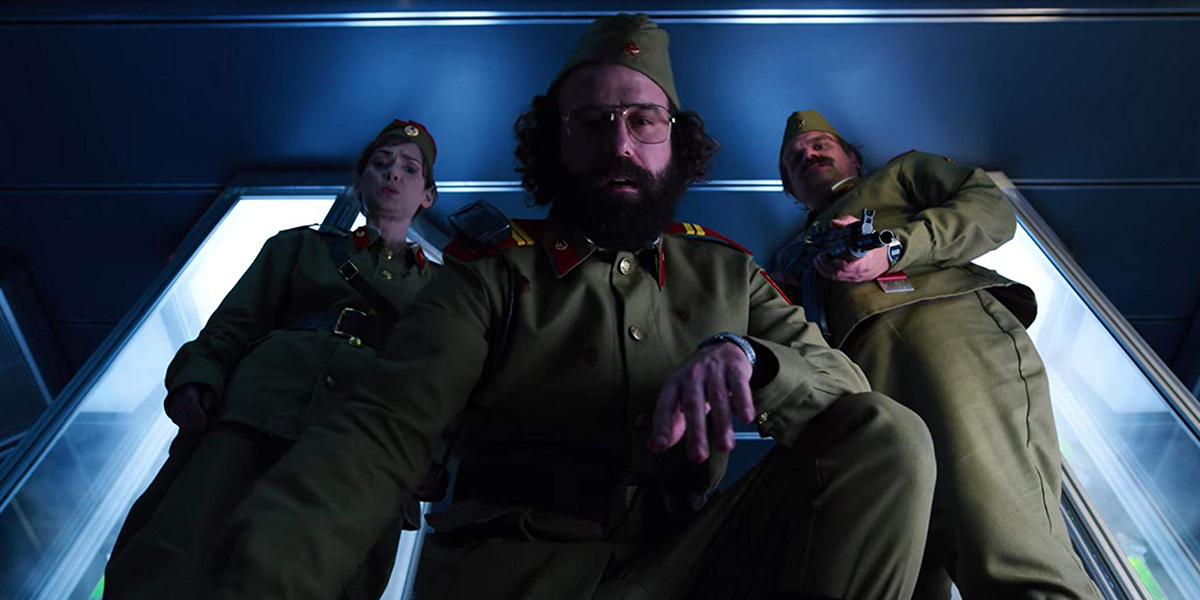 Some fans on Reddit also believe in a theory that Joyce Byers (Winona Ryder) and Murray Bauman (Brett Gelman) will be heading to Russia in Stranger Things Season Four for a rescue mission.

After Ryder and Bauman were reportedly spotted filming in Lithuania, there are several fans on Reddit who believe that the pair, who spent the majority of season three with Hopper, will be heading to Russia for a rescue/reunion with Hopper.

Not counting the Valentine’s Day teaser, we have yet to see a full-length official trailer. Other than that, Netflix did release a table read video with footage of the cast. And it reveals a key character who is not quite as dead as we first thought.

You can watch the teaser in full below.

The production and filming of Stranger Things Season 4 have been delayed, but seasons 1-3 are available on Netflix.

Stay tuned to The Hollywood Tribune for latest updates on Stranger Things Season 4 and more news from Hollywood and Beyond.