A Strong Derecho Storm With Windspeed Over 100mph Leaves Parts of Chicago, Indiana and Michigan Devastated.

A rare storm was witnessed yesterday passing through Chicago, Indiana, and Michigan. The storm which surpassed wind speed of 100 mph is known as a Derecho, and as it passed through the Midwest, the storm closely resembled an inland hurricane. 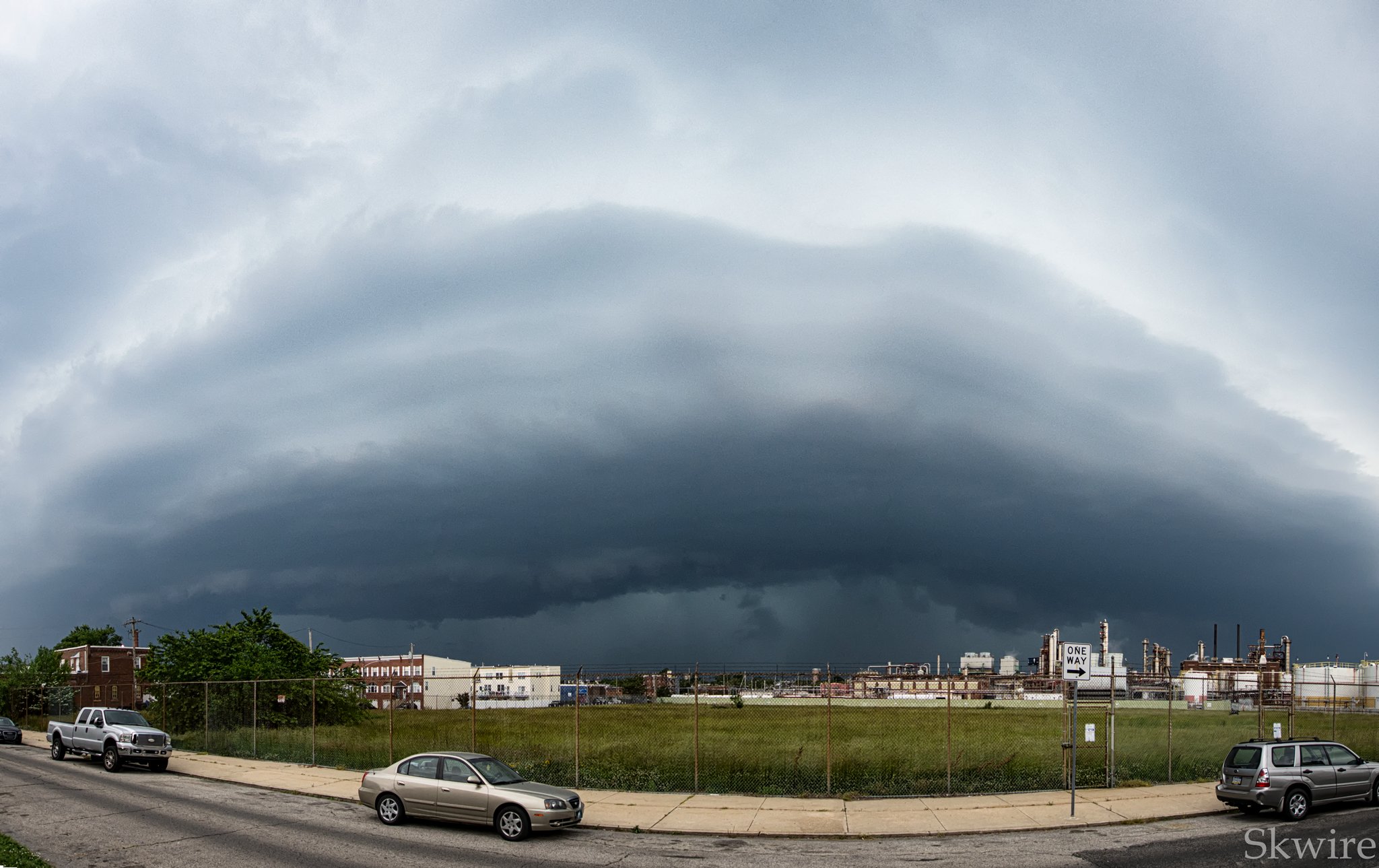 Lasting several hours, the storm blew over trees and flipped vehicles. With wind speed similar to a major hurricane, the storm is reported to have caused widespread damage and left hundreds of thousands of people without electricity.

Patrick Marsh, science support chief at the National Weather Service’s Storm Prediction Center in Norman, Oklahoma said the storm was worse than a regular tornado, and the devastation it left from eastern Nebraska to Iowa and regions of Wisconsin and Illinois is likely much worse than previously estimated.

What is a Derecho? 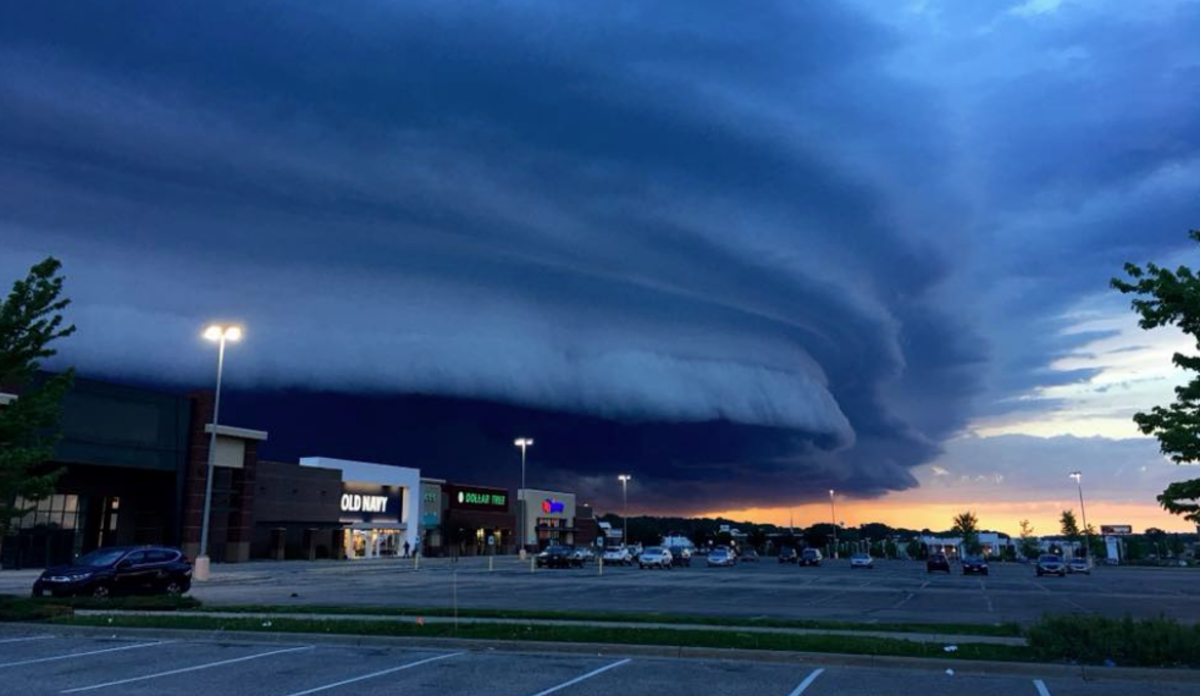 A Derecho is a type of storm, similar to a hurricane in wind speed, with the only difference being that in a  Derecho, the wind moves in a straight line, rather than the circular motion of a Hurricane. A Derecho thus lacks the eye that Hurricanes have become synonymous with. The damage caused by the wind is spread across a larger area, unlike that of a powerful tornado, which only affects a small area.

In 2009, a Super Derecho was witnessed which spread across a 1000 miles in a matter of 24 hours and caused damage in the estimates of $500 million, causing numerous power outages and even more deaths. The 2009 storm was one of the most powerful Derecho’s to be seen.

The meteorology professor at Northern Illinois University, Victor Gensini, has said that the derecho on Monday will go down as one of the most powerful in the recent history and it is “our version of a hurricane”.

“They are basically self-sustaining amoebas of thunderstorms,” Gensini said. “Once they get going as they did across Iowa, it’s really hard to stop these suckers.” 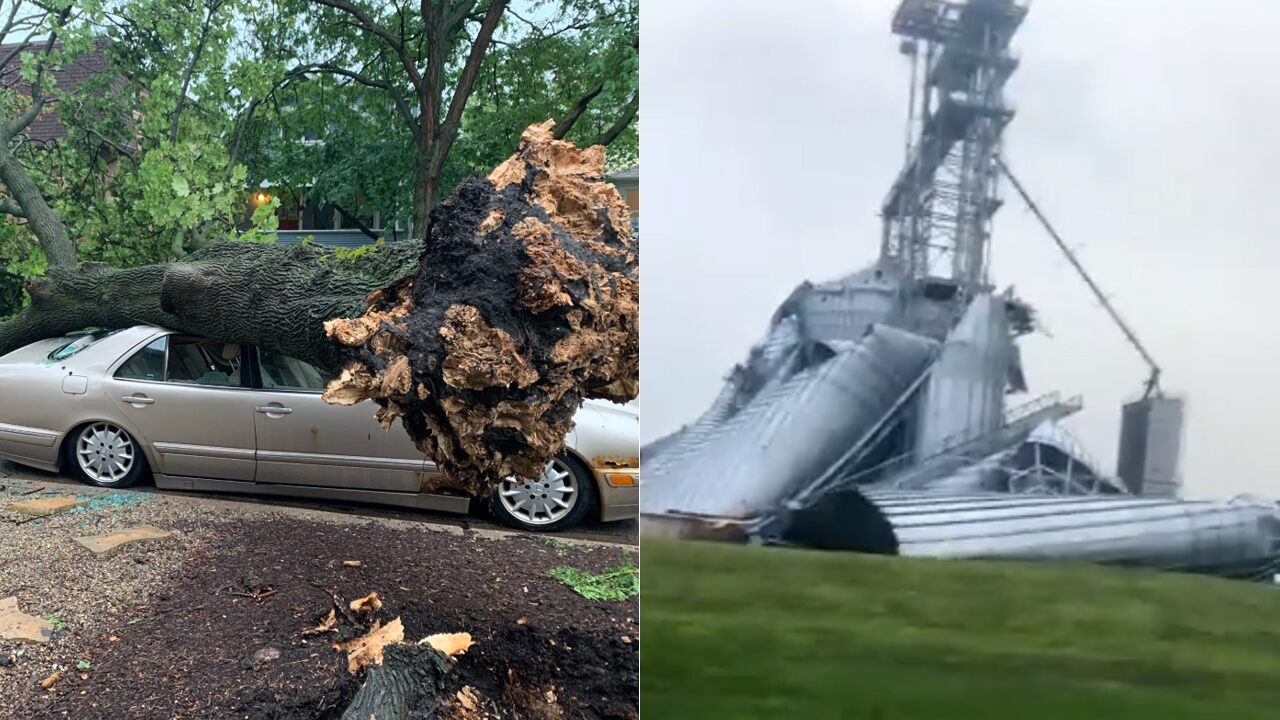 Derecho’s (up to 58 mph), are a common phenomenon in the Midwest as they occur at least once a year. These storms are worse than tornadoes as they can hover over one place for a long time and cover a larger area, with winds of 80-100 mph that can stretch for 20-30 or even 100 miles.

Spread and Damage of the Derecho? 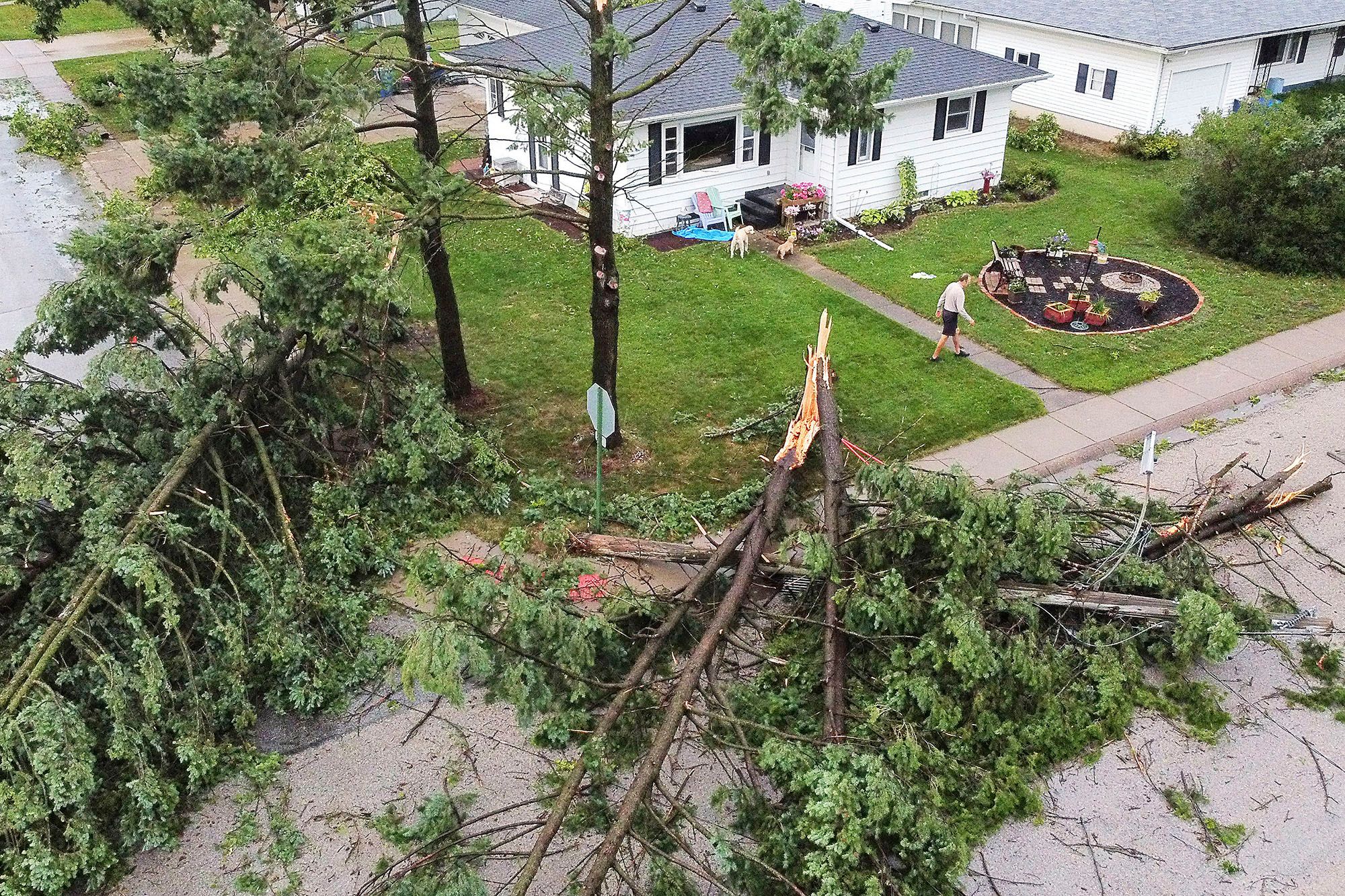 The National Weather Service of Northern Illinois reported wind speed of 92 mph near Dixon, which is about 100 miles west of Chicago. The Derecho took down trees and power lines in Chicago, blocking roadways and causing immense damage to the suburbs.

The storm moved from Chicago and by late afternoon in north-central Indiana, “It ramped up pretty quick” in Nebraska around 7 a.m. said, Marsh. He further added that he doesn’t think anybody expected winds of 100, 110 mph approaching the city so suddenly.

The Derecho injured many people in central Iowa, and caused widespread damage to property in Marshall county, flipping cars, ripping road signs out of the ground and blowing trees over.

According to homeland security coordinator of the area Kim Elder, the storm left many people trapped in their cars and buildings; she added that the injuries caused to the people cannot be estimated right now, though there have been no deaths reported yet. 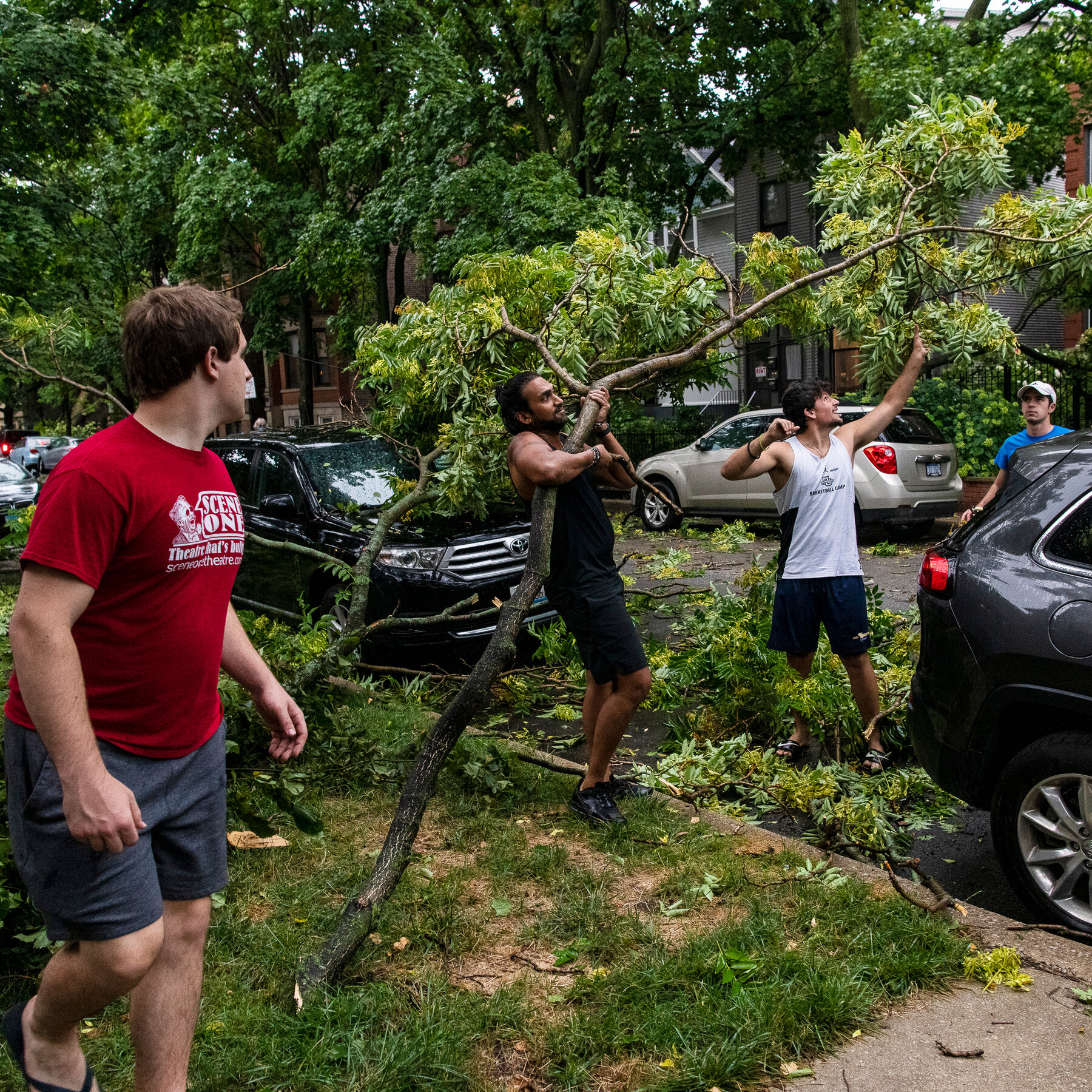 As of now, the cities have declared civil emergencies and curfews, urging the people to stay at home and keep the streets clear for emergency responders. They also said that getting back power is difficult until the roads have been cleared of debris.