The Marvel Cinematic Universe (MCU) closed it’s “Infinity Saga” last summer in 2019 with the releases of “Avengers: Endgame” and “Spider-Man: Far From Home”, which ended a 23-film cycle of vast, ambitious and thrilling storytelling. Disney and Marvel have no plans to slow down anytime soon. With the likes of Captain America, Iron Man now set aside, Black Panther, Captain Marvel and other characters that we have still not seen will take up a much bigger role this time.

With Disney’s merger with Fox, characters like the Fantastic Four, X-Men are on their way, as Marvel Studios now have rights to the majority of the storied comics company’s intellectual property. This comes after decades of heroes’ film rights being divided among several different studios. 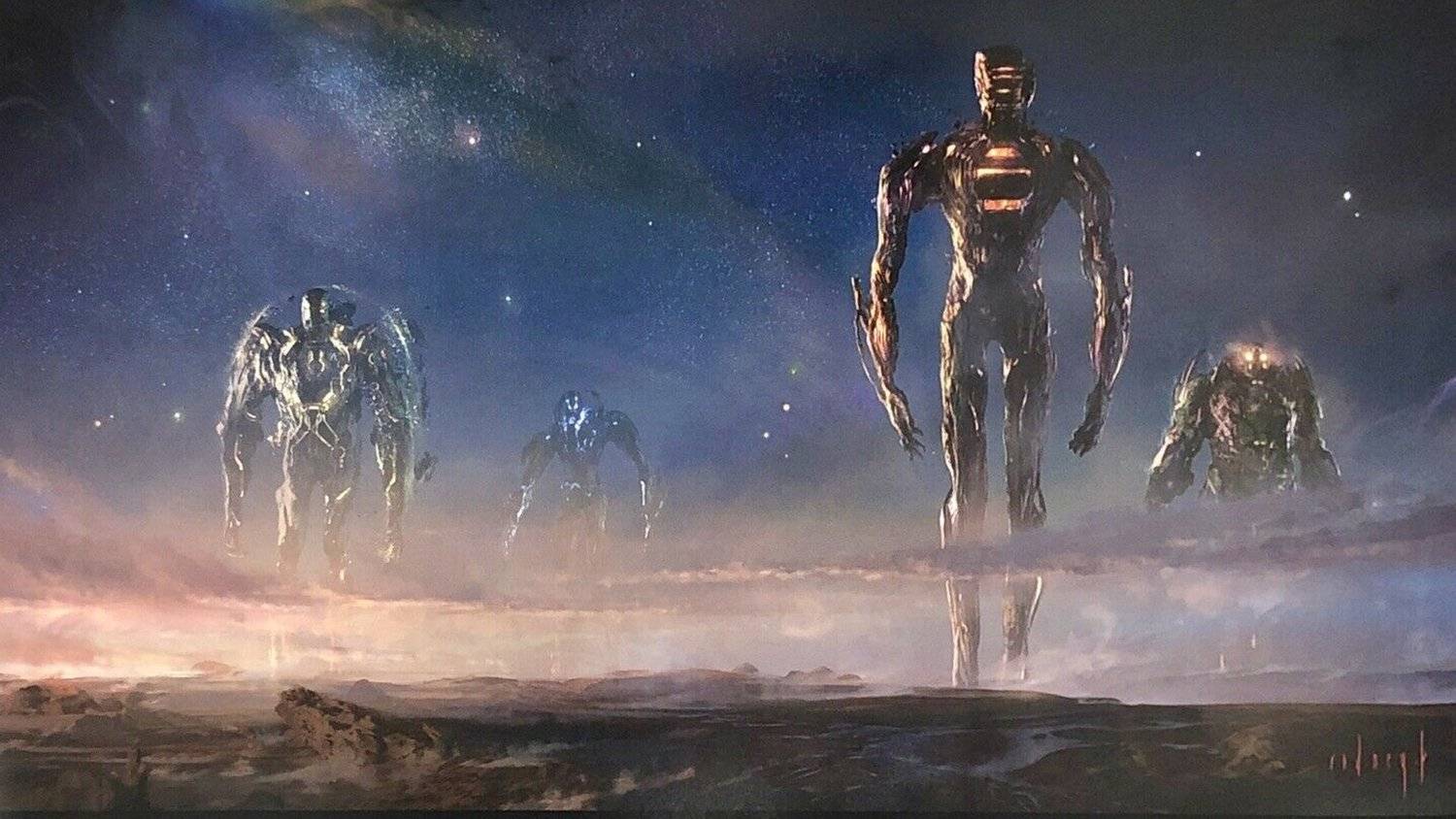 Marvel was set to kick off Phase 4 with Black Widow but, it was delayed from its original release date of May 1, 2020, and it was shifted to November 6, 2020. With this move a domino effect has stated that requires Phase 4 of MCU to be shifted. It was also reported that Spider-Man 3 too would be delayed, which will, as a result, affect other movies down their pipeline.

As of yet, we are not entirely sure whether “The Falcon and the Winter Soldier” will arrive before Black Widow in August, but if that happens then Marvel’s Phase 4 will begin on Disney+.

As mentioned above, Phase 4 of MCU will still start (on the movies side) with Black Widow, which is set after Captain America: Civil War and we can expect to know more about her past. Scarlett Johansson (as Black Widow) in her long-awaited film will be joined by Rachel Weisz, Florence Pugh and David Harbour.

After that we’re getting “Doctor Strange in the Multiverse of Madness”, “Thor: Love and Thunder” and later we will get Spider-Man 3. Finally, we’ll get some new heroes in “Marvel’s The Eternals” with the likes of Angelina Jolie, Kumail Nanjiani, Richard Madden, Gemma Chan, Salma Hayek and Kit Harington and along with that, we get to see “Shang-Chi and the Legend of the Ten Rings” which casts Simu Liu and Tony Yeung. 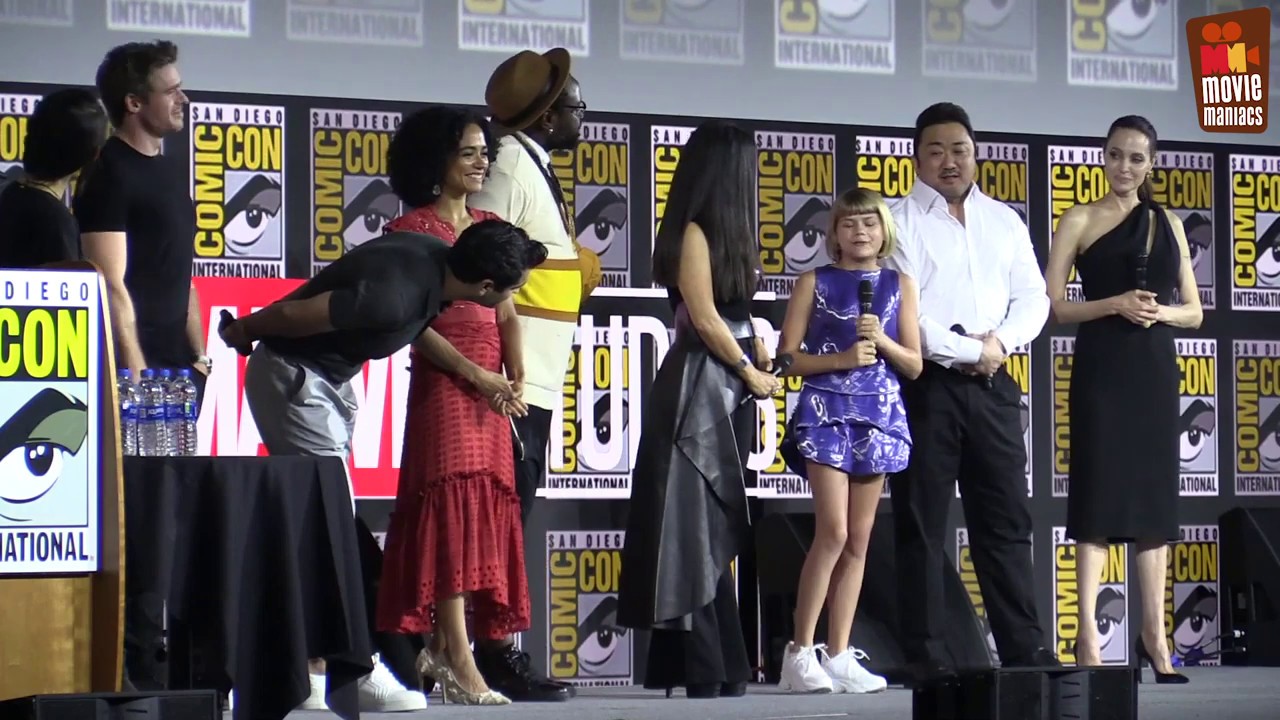 After them, we’re excited about movies like Black Panther 2, Captain Marvel 2 and Ant-Man 3, even though it’s not clear whether they are part of Phase 4 or Phase 5. In development are also Guardians of Galaxy 3 (not confirmed for Phase 4), a Blade reboot and other MCU such as Fantastic Four and X-Men. A surprise was, of course, was the absence of Deadpool but, Ryan Reynolds assured that he would return and we might have to wait for that.

For the first time, TV shows will play a big part in MCU’s history. It starts with “The Falcon and the Winter Soldier” with Anthony Mackie and Sebastian Stan reprising in their roles. If MCU’s plan for Phase 4 holds true then it starts of August 2020 on Disney+. This will be followed by WandaVision, Loki, What if… and Hawkeye which have been confirmed as a part of Phase 4. 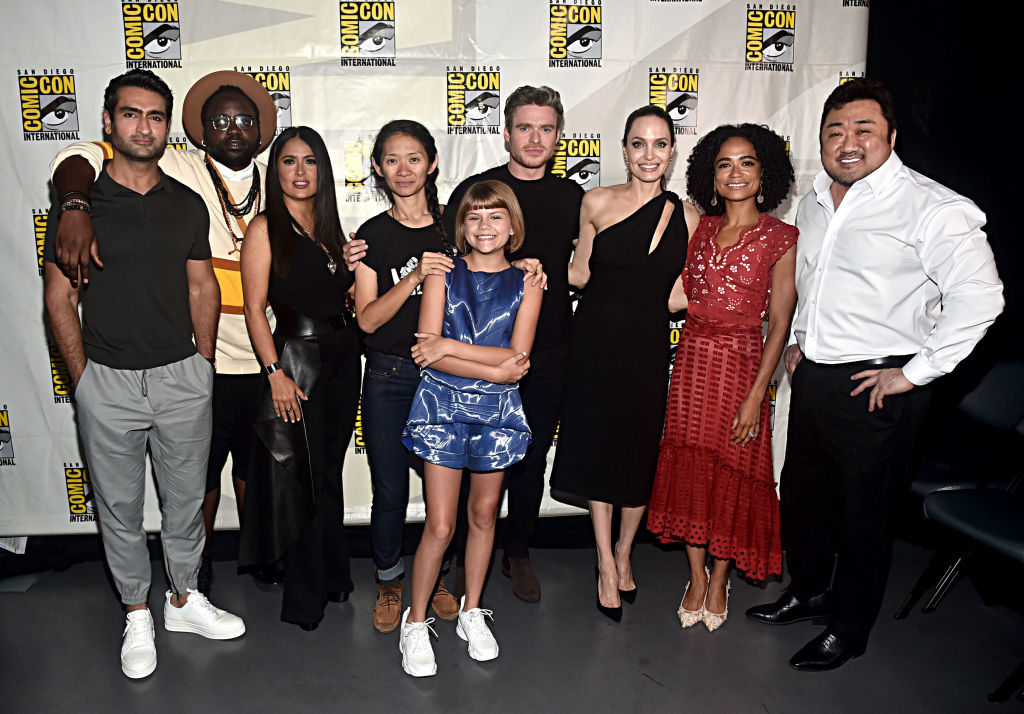 All of these TV shows were featured on a graphic for MCU’s phase 4, but we don’t have any of the release dates for these shows. This time around MCU’s TV shows will play a much bigger part against the likes of “Agents of Shield”. While we don’t know if all of these shows will directly connect to the movies, it is reported that “WandaVision” and “Loki” will tie into “Doctor Strange in the Multiverse of Madness”.

More on: Marvel’s The Eternals

Releasing February 12, 2021, having being pushed back from its original November 2020 date, Marvel’s The Eternals will be the second Phase 4 movie. In Marvel’s The Eternals cast, includes Angelina Jolie as Thena, Kumail Nanjiani as Kingo, Salma Hayek as their “leader” Ajak, Brian Tyree Henry as Phastos, Don Lee as the hulking Gilgamesh, while Lia McHugh, Lauren Ridloff, Kit Harington play Sprite, Makkari and Black Knight respectively.

Brazil’s CCXP featured the first Eternals trailer, but unfortunately, that was behind closed doors. We can expect a trailer with the release of Black Widow or later this year.

Richard Madden revealed a little about the premise and said, “The Eternals are a race of immortal aliens sent (to Earth) by the Celestials to protect the humankind from the Deviants.” Kevin Feige also gave a sneak peek into what to expect from the Eternals story, and said, “It will be a story that will introduce you to this incredibly eclectic group of immortals, they’re the focus of the story.” When asked about the movie’s setting, he replied, “It takes place in our universe – it takes place in the MCU.” 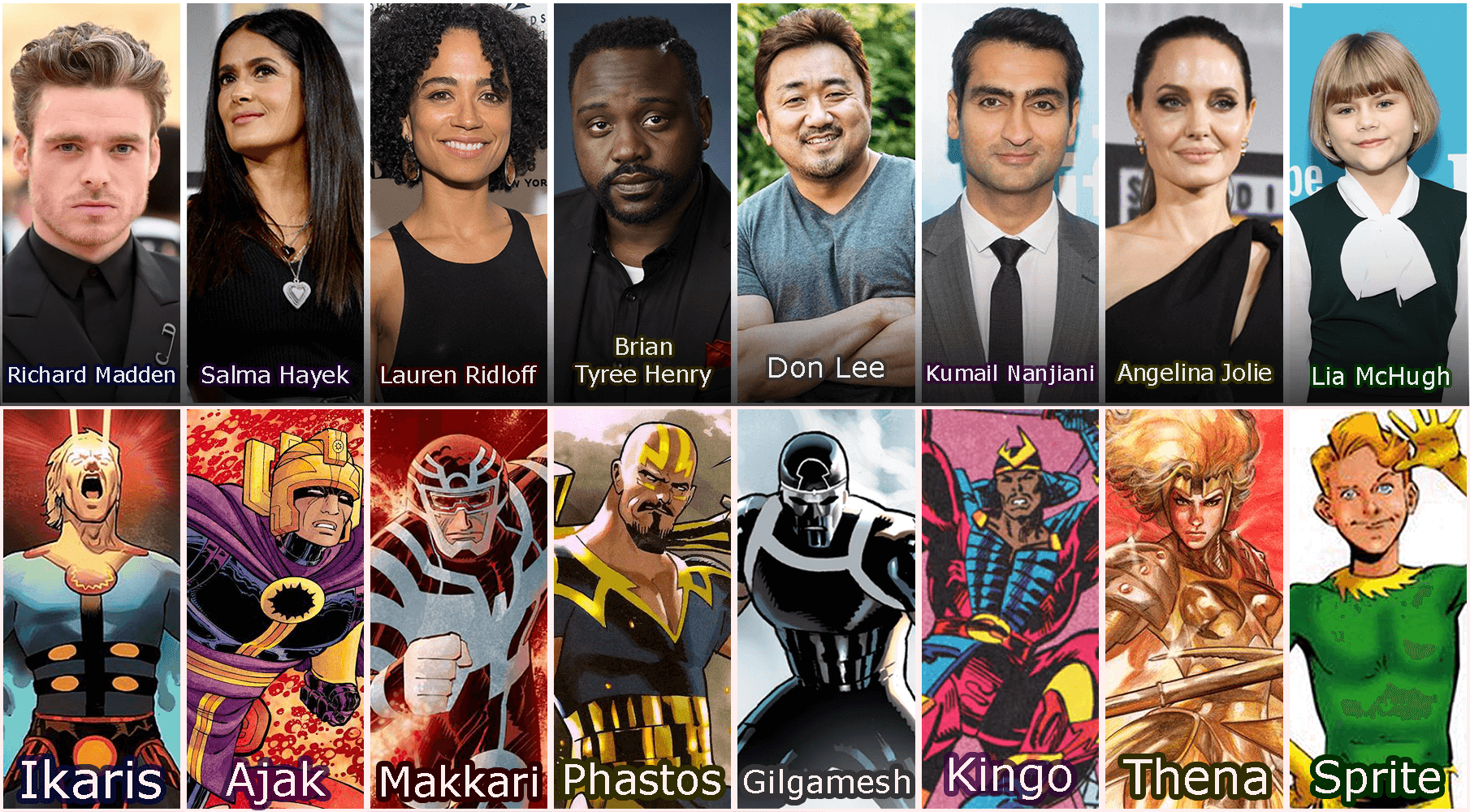 The director of Marvel’s The Eternals Chloe Zhao said, “I just really, really wanted to make a Marvel movie for so long… For the film, The Eternals, it’s about this incredible group of immortals but, through their journey, we get to explore what it means to be a human.”

Till now, Marvel has given us two pieces of Eternal’s art; one was from August 2019 which showcased the Eternals’ creators, the Celestials, stomping through an unknown planet and looking every inch the sentient that everyone feared long ago in the MCU. The second one was a shot of a Celestial which featured in Marvel’s feature of 2020 earlier this year in the month of January.

MCU had mapped out the first two years of Phase 4 at Comic-Con in 2019, but now that has caused a massive shake-up. The timeline as it stands now looks like this:

Some of the release dates of other MCU movies are known, but it’s still not clear whether they will be a part of Marvel’s Phase 4 or Phase 5. Black Panther is set to release on 6th May 2022 and Captain Marvel 2 has been confirmed for an 8th July release in 2022. Following these two will be Ant-Man 3, but once again the date has not been confirmed.

Here’s Everything we know about Marvel’s The Eternals’ Release Date. Read here!

Stay tuned to The Hollywood Tribune for the latest updates on Marvel’s The Eternals, Marvel’s Phase 4 and more news from Hollywood and beyond.