What is the upcoming Wes Anderson movie about?

Dubbed as Wes Anderson‘s love letter to journalism, The French Dispatch is eyeing an October release this year.

The film tells the story of William Howitzer Jr. and how he “transformed the series of travelogue columns into The French Dispatch― a factual weekly report on world politics the arts high and low and diverse stories of human interest.”

All that is known about the film 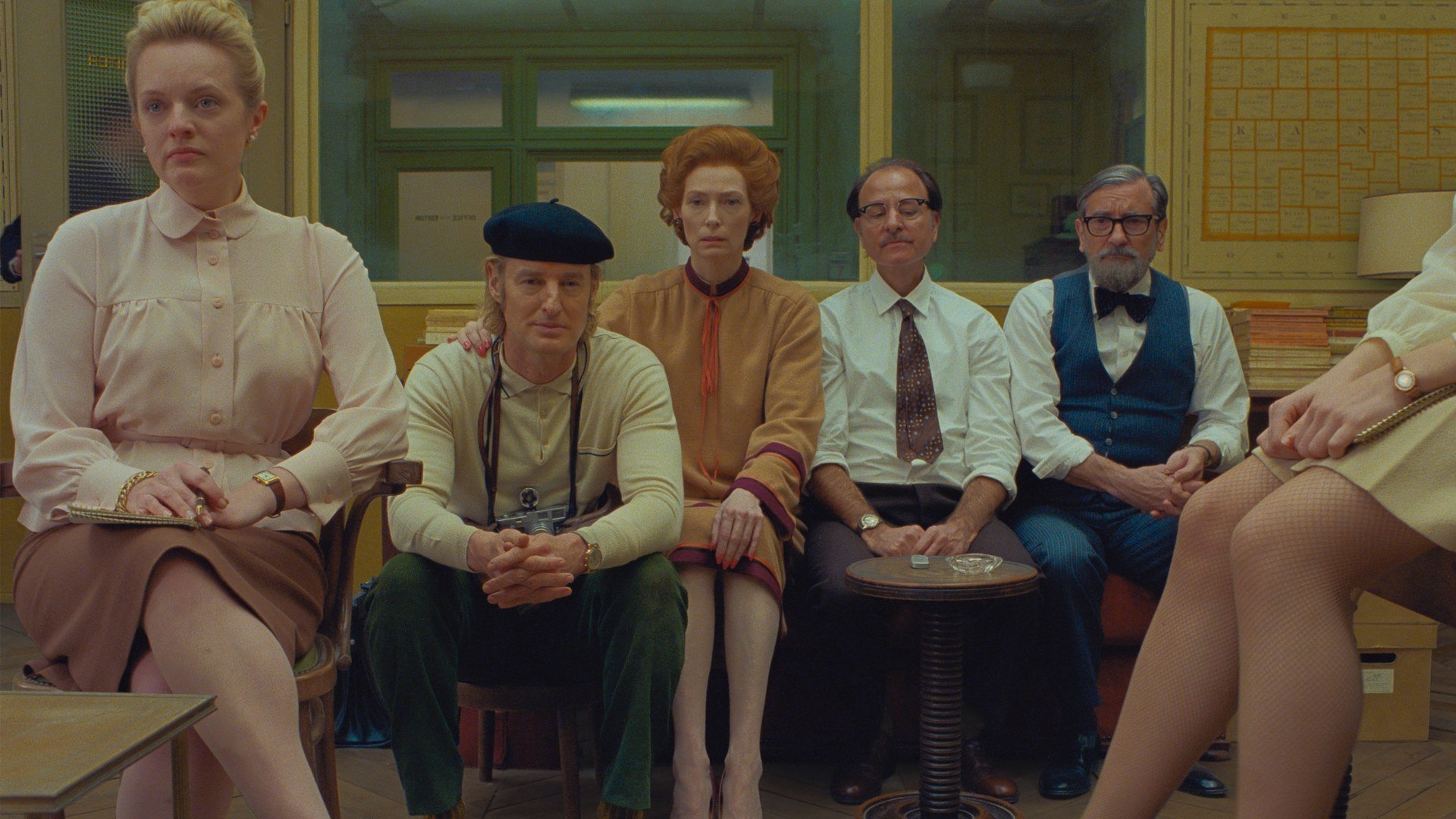 The magazine in the film is inspired by The New Yorker magazine; a publication Anderson has been devoted to since he was a kid. The film is based on a series of stories published by a magazine that also happens to be titled The French Dispatch, highlighting the fact that it’s an American publication based in 20th-century France.

As seen in the trailer the movie picks up three stories from the series to be covered by three journalists: “The Concrete Masterpiece” by J.K.L Berensen, “Revisions to a Manifesto” by Lucinda Krementz and “The Private Dining Room of the Police Commissioner” by Roebuck Wright.

Music director Alexander Desplat’s had worked on the music for the movie. The French Dispatch is, according to Desplat, the most ambitious thing that Anderson has ever done. “Maybe even bigger than The Grand Budapest Hotel” he’d said. “Many more stories, different locations, and so many ideas in every single shot. So many! Wes’ brain is going so fast.” 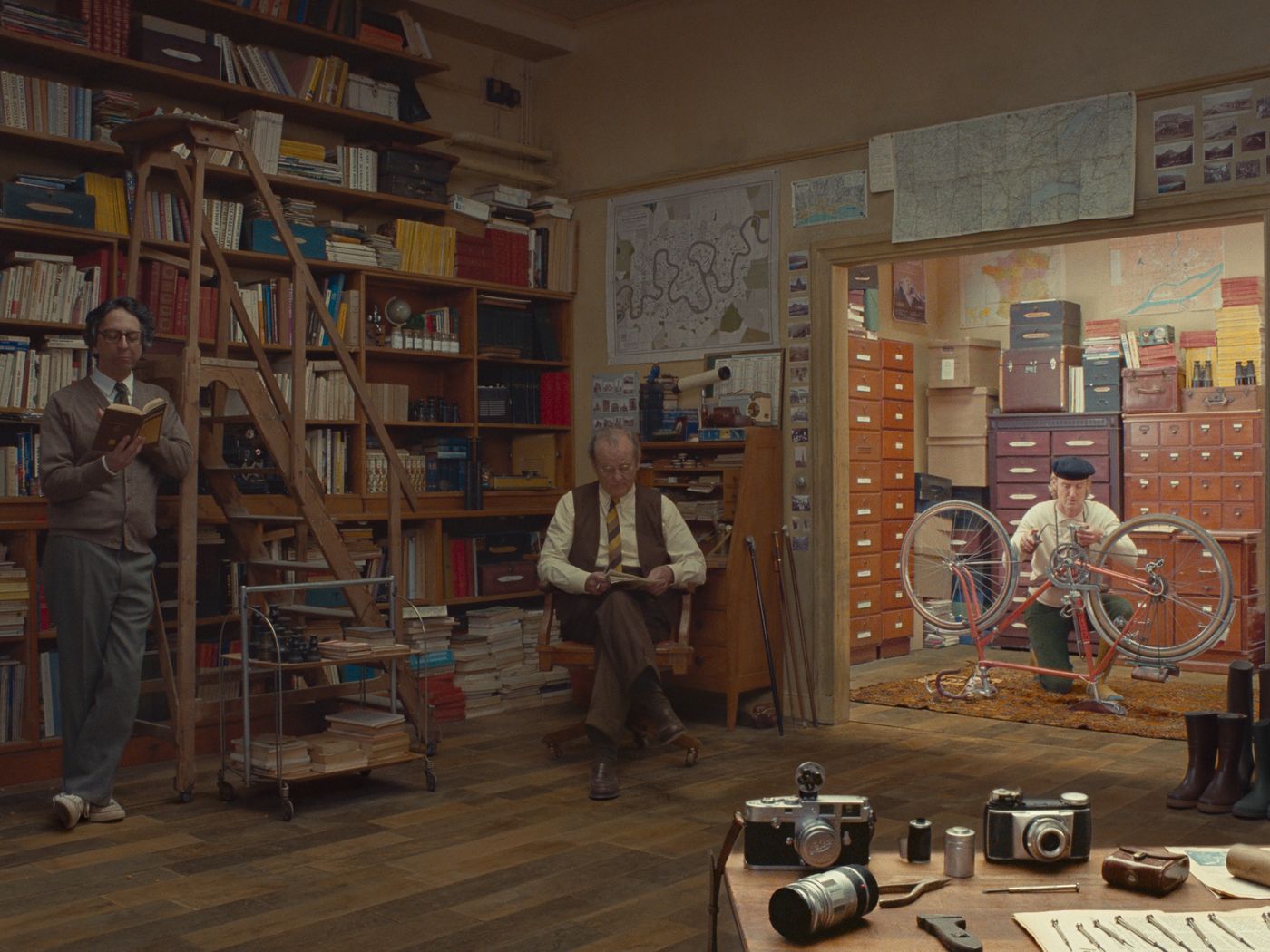 “Though The French Dispatch is not in that time period, the vibe is very Dadaist,” said Desplat. “The movement started back in Switzerland, but it blossomed in France very quickly, and to go back to it meant that I had Claude Debussy, Erik Satie, and a great deal of music that I could refer to, to make sure that we were in the zone of that Dadaist mood.”

Dadaism refers to the avant-garde art movement of the early 20th century that rejected logic, reason, aesthetic uniformity, and basically is everything else that Wes Anderson considers sacred.

Who’s In The French Dispatch Cast 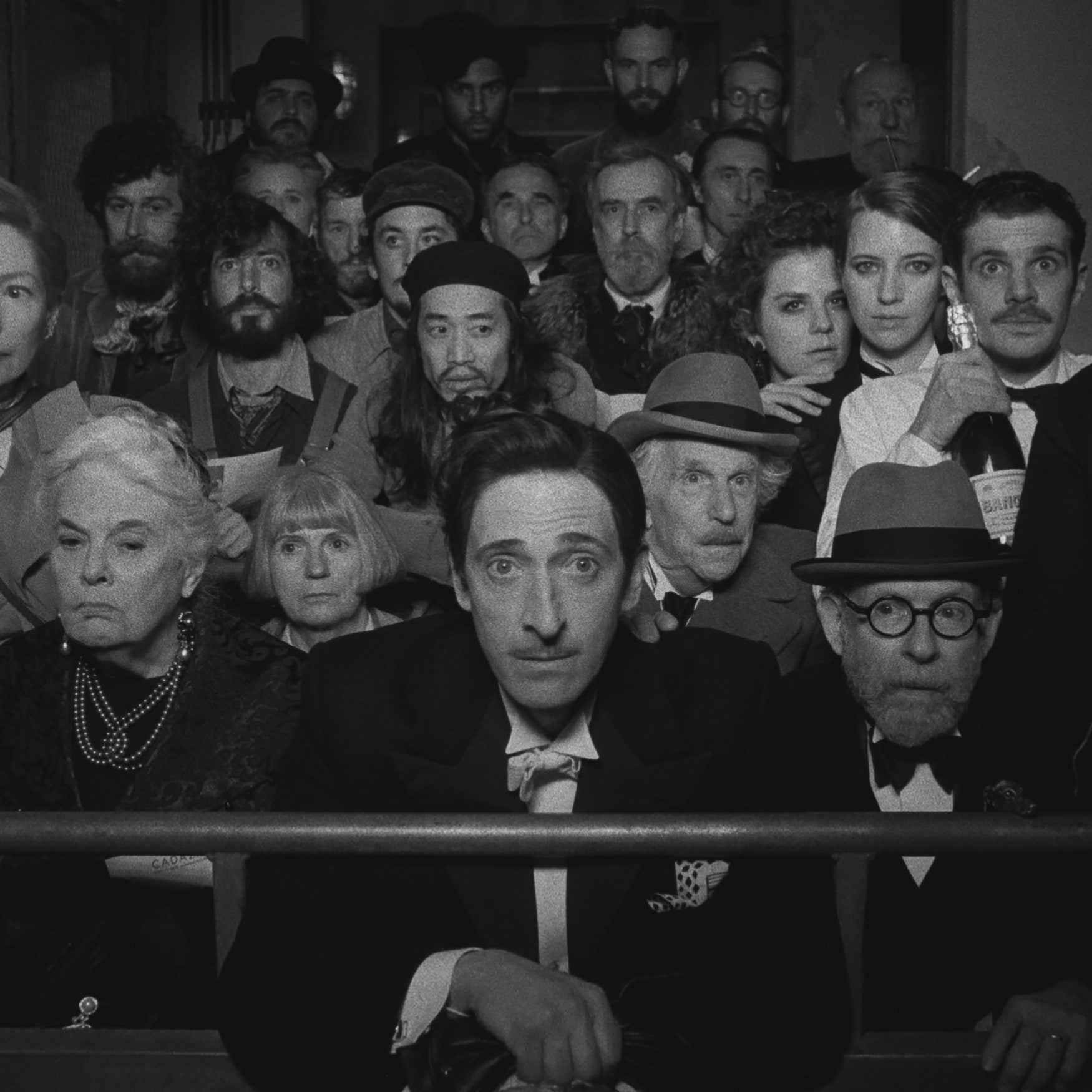 Each of the segments has a cocktail of old talented faces and a comparatively newer batch of stars making their mark. The cast is led by Bill Murray playing the role of William Howitzer Jr. The rest of the cast includes Frances McDormand, Timothée Chalamet, Adrien Brody, Jeff Goldblum, Elisabeth Moss, Tilda Swinton, Léa Seydoux, Owen Wilson, Jeffrey Wright, Benicio del Toro, Edward Norton, Willem Dafoe, and many other actors.

What has Wes Anderson said about The French Dispatch? 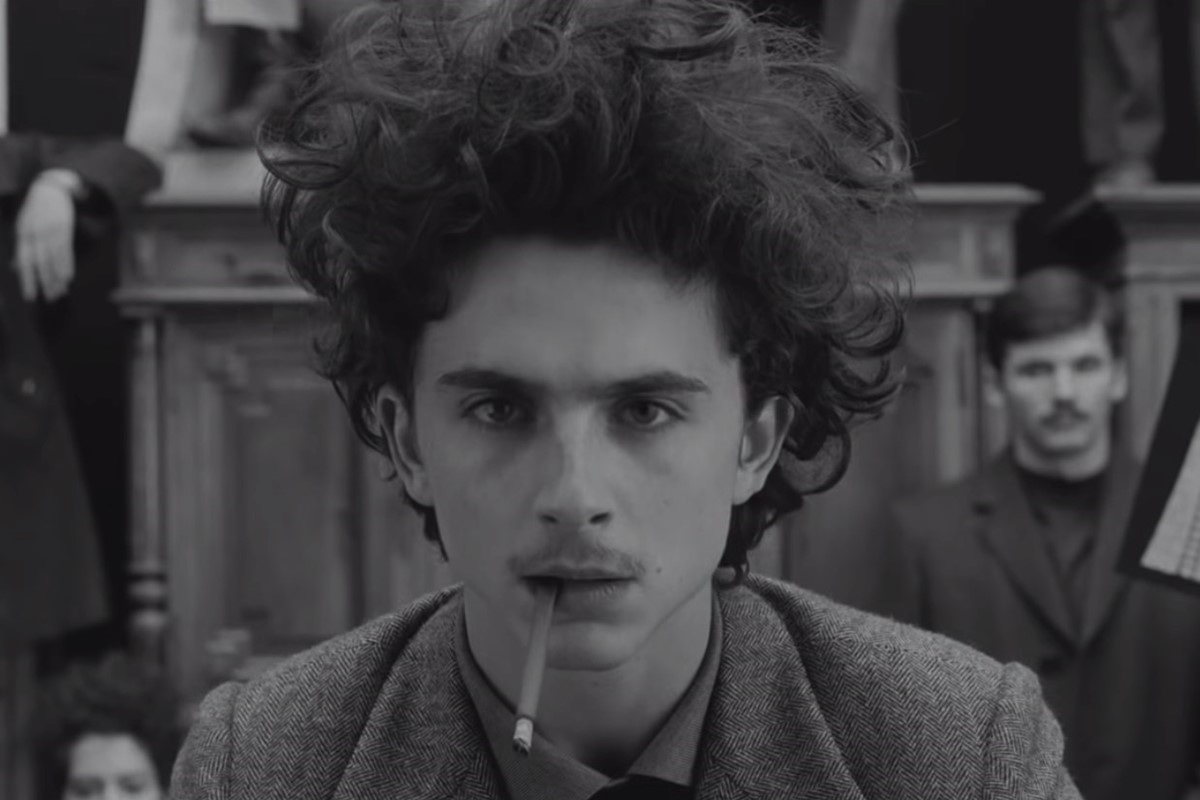 About the story: “It is more a portrait of this man, of this journalist who fights to write what he wants to write. It’s not a movie about freedom of the press, but when you talk about reporters, you also talk about what’s going on in the real world.”

Location: Although The French Dispatch has a fictional setting, it was filmed in the French town of Angoulême. Anderson said, “It’s quiet here, so it’s ideal for making a movie.” Being set on choosing a district in Paris, the director had toured Menilmontant, Belleville, and Montmartre before settling for Angoulême.

Cast: When asked if it was easy to cast Murray, Swindon, and Dafoe, Anderson made some interesting remarks. “Tilda was cast because she would be great in anything. Willem, because he’s riding high after his critical whammy in The Lighthouse Family. The reason I hired Bill? It’s simple; we have to. All independent filmmakers have to; it’s union rules.” 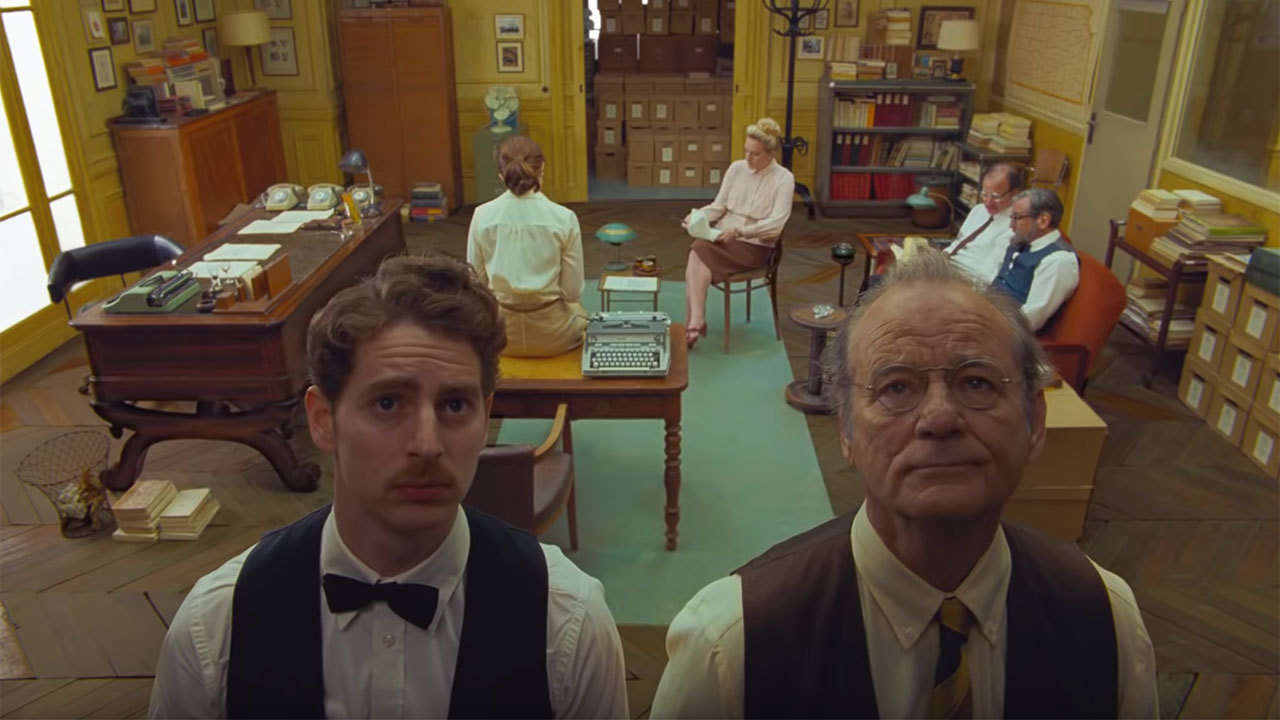 The French Dispatch has been anticipated for quite a while now. With the expectations that naturally come with a Wes Anderson film (the visual treats, the surreality in the plot) and the tidbits that have been revealed about the film, it would be a crime to expect the movie to be anything short of amazing.

Stay tuned to The Hollywood Tribune for updates on The French Dispatch, and more news from Hollywood and Beyond!