Which College Will Elle Choose? Who Does She Finally End Up With? Here's What Fans Think.

The Kissing Booth 3 is set to release in 2021, and the film is already in post-production.

Joey King, who played protagonist Elle in the previous instalments of the films and was the executive producer of The Kissing Booth 2, has said in interviews” that “it was the hardest secret to kee” ever”. King has told The Hollywood Reporter that filming was quite tricky as they often had to film scenes for both movies in one day.

The Kissing Booth 3 returns with the same cast as the ones preceding it and if the Instagram sneak peek was a hint, it will focus on and delveElle’s Elle’s college decision.

Will the movie be based on the book? 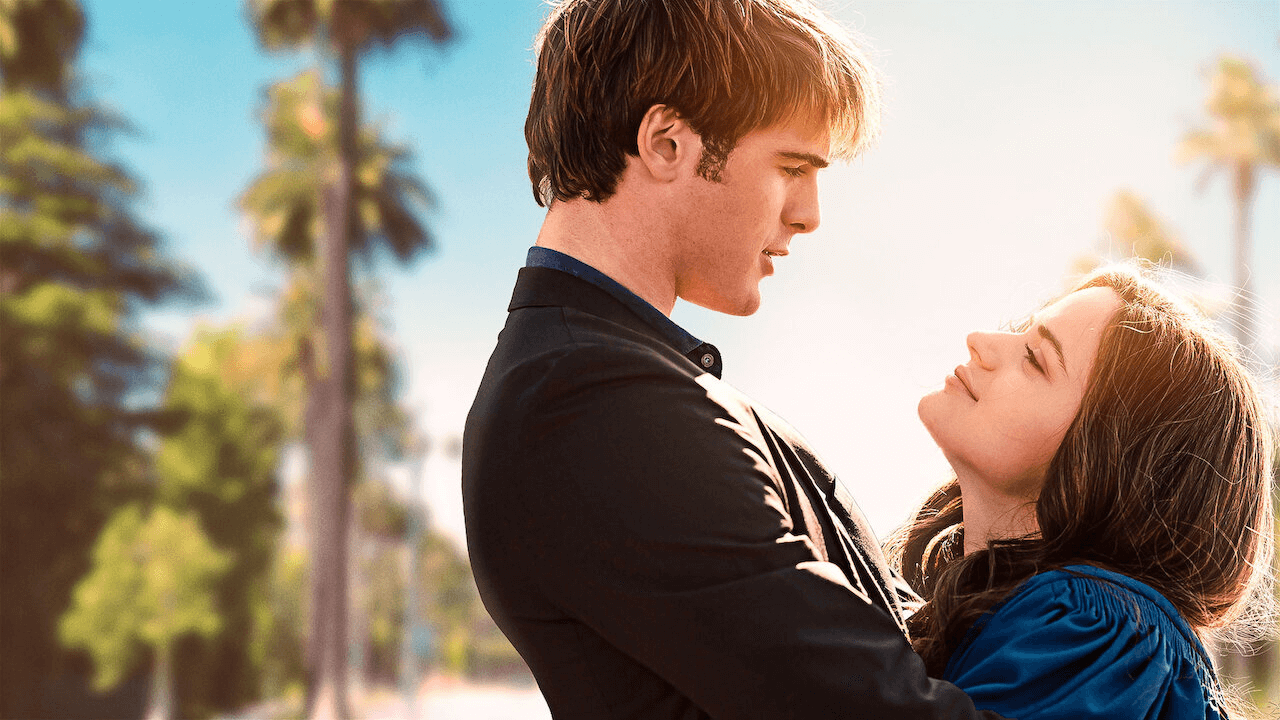 The first and second parts of the book were based on the two books by Beth Reekles (written when she was just 15!). The third movie, however, cannot bank on input from the books as The Kissing Booth 2 had covered the entire plot of the books. So The Kissing Booth 3 follows an original storyline by director Vince Marcello and co-writer Jay Arnold.

The fans have come up with a lot of theories and predictions all over Twitter and Tumblr, and they seem wholly invested in the movies.

Will there be another kissing booth event? 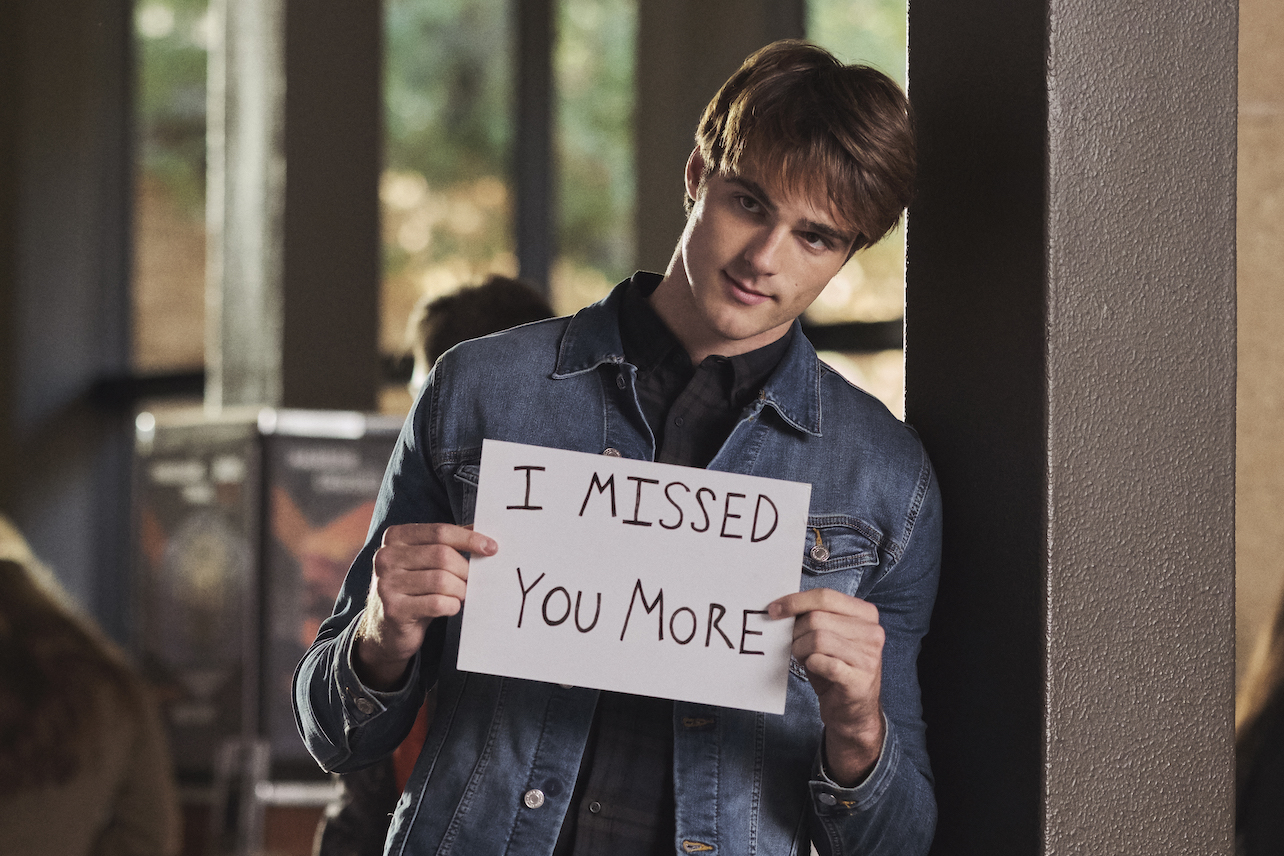 With everyone going their own ways to different colleges, a new kissing booth doesn’t seem too likely to be on the cards. But, the phenomenon is not real life in any way, and so it is alright to keep your fingers crossed for another event while we wait for The Kissing Booth 3.

The big burning question about where Elle goes to college 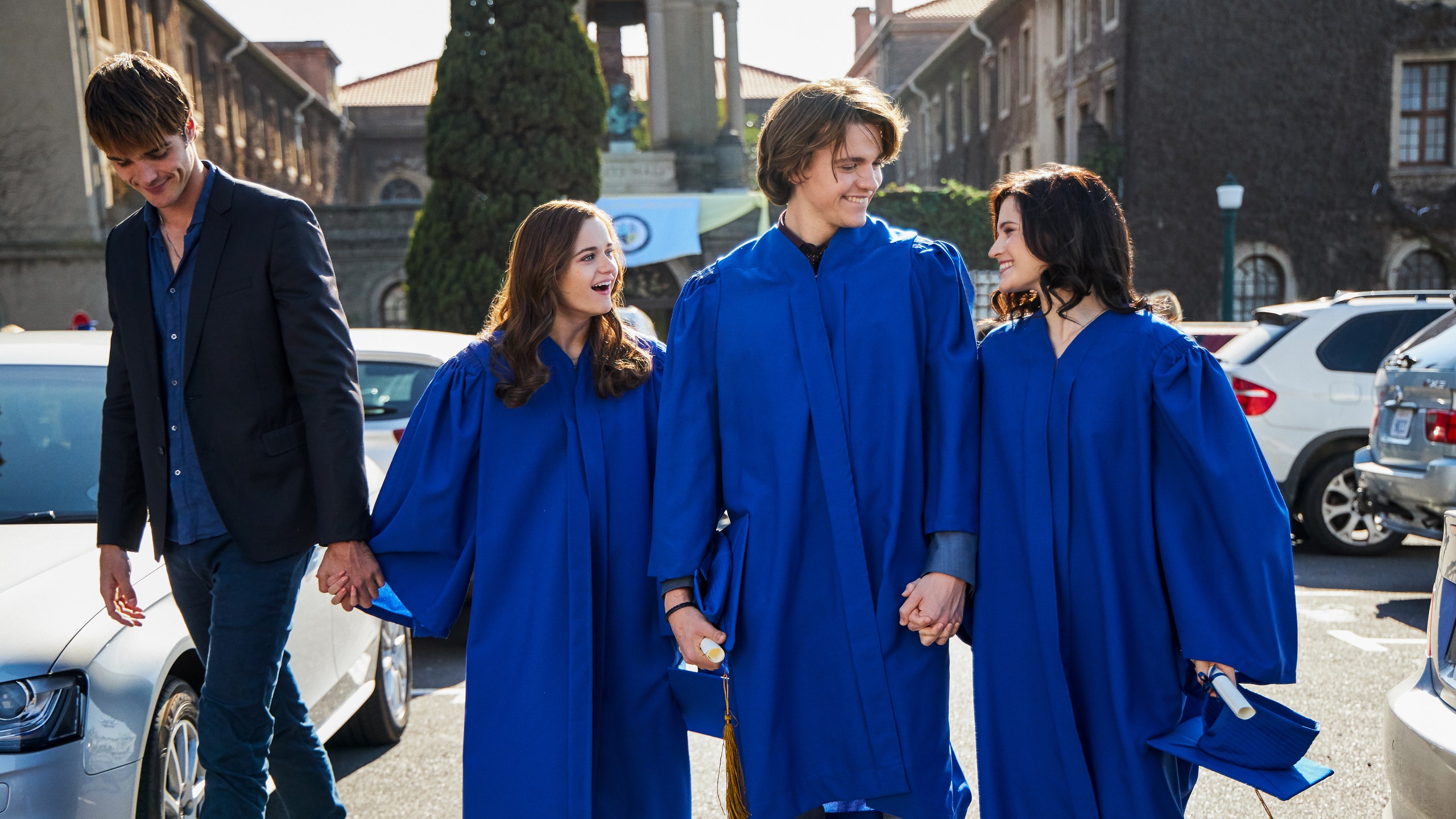 “It’s the summer before Elle heads to college, and she has a secret: She got into both, Harvard, where her dreamy boyfriend Noah goes, and Berkeley, where her BFF Lee is going. Which path will Elle c” oose?”

The Kissing Booth 2 showed us that Elle had lied about being just waitlisted to Berkeley and Harvard and was accepted into both. The preview on Instagram shows Elle getting a call from Harvard, which she deftly ignores Noah’s questions about her action.

Which leaves us with the question: where will Elle finally go to attend university in The Kissing Booth 3?

Fans have weighed both options for her, and here’s what they have come up with.

If Elle chooses Berkeley, she will attend the same school as her best friend Lee (and uphold rule” #19: “always attend the same school as your “Bestie”) and stay close to her family and friends. This is great news for Lee, but not too much for Rachel. We are guessing that Rachel would not like Elle tagging along with Lee and her all the time, even though they had buried the hatchet.

Going to Harvard would mean being where Noah is and being at a better school. However, with Chloe around, the shady dynamics between Noah and her might cause Elle and him to fall out. Fans believe (and so does almost everybody), that even if Elle chooses Harvard, she’ll be back to Berkeley really soon.

The scene with the love stories 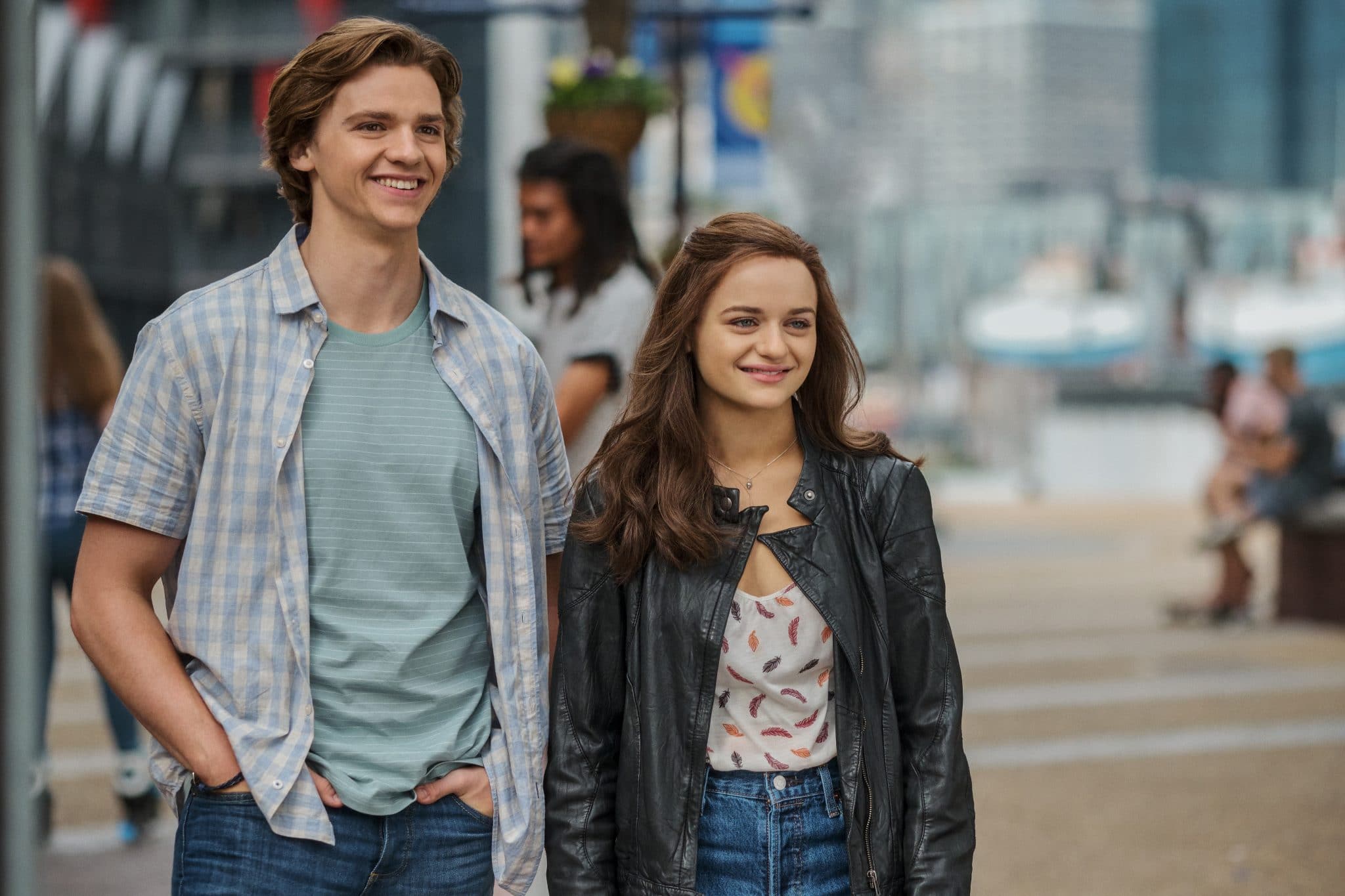 If Elle goes to Harvard, it will be a waste of the chemistry and confessions between Marco and her. That is assuming she doesn’t get into Harvard, too. Berkeley would suit Elle’s personality more, and there would be no Noah distracting her from being serenaded by Marco at the beach (again, assuming he enrols at the same school as Elle).

Marco is a much better-written character than Noah is, and it would be unfair if he gives up on pursuing Elle, especially after their meaningful kiss(es). We really hope he doesn’t give up on her.

Noah and  Elle’s romance is destined to wear off, especially with Chloe in the scene. The dynamics of Noah and Chloe have been dodgy, no matter how much Noah tried to justify it. Lee and Elle were BFFs, too, but you don’t see them indulging in “platonic” sensual kisses and cuddles like the former pair of “BFFS”.

Fans have expressed their strong opinions about Elle choosing Noah over Marco. Twitter users have commented that they would leave their partners if they acted the way Noah did with Chloe right in front of Elle.

Some fans have compared Noah and Marco and drawn interesting inferences. A fan has “aid, “I need Netflix to stop throwing in FINE ethnic men just for the female protagonist to reject them & pick the toxic man whose only character traits include being tall & non-communicative.”

We wishfully think that Elle chose Noah to set up an impending romantic triangle and pray that Marco correcting his friend who said Elle is not worth it and him challenging Noah on the sports field foreshadowed his intent on not giving up on Elle. 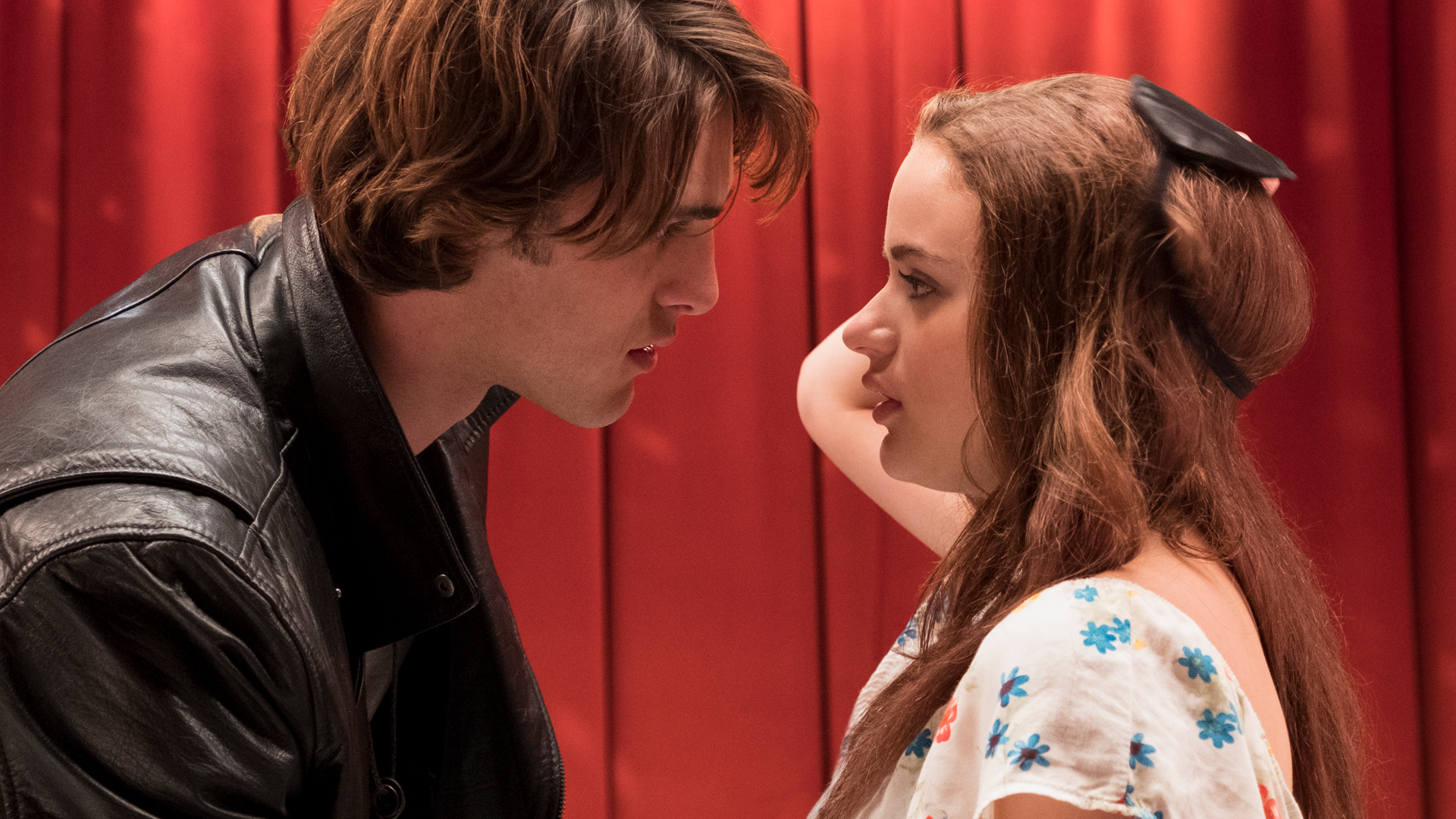 Without watching the movies, it is difficult to say where Elle ends up at. However, fans have dedicatedly given their inputs to make the choice seem easier to Elle. For the sake of frustrated Twitter and Tumblr users, we hope she doesn’t betray Lee for a second and doesn’t end up going for a man with questionable personality in The Kissing Booth 3.

Stay tuned to The Hollywood Tribune for updates on The Kissing Booth 3, and more news from Hollywood and Beyond!