This ‘Thursday Night’ is going to be lit as The Weeknd just confirmed his posthumous collaboration with Juice WRLD.

Both Juice WRLD and The Weeknd have dominated the singles chart in the U.S single in totally different ways. Juice’s first posthumous record- Legends Never Die, and After Hours by The Weeknd opened at #1 on the Billboard 200.

Just a few days ago, Lil Bibby let it slip that there’s a massive collaboration with Juice WRLD and The Weeknd and it is definitely in the stash.

Taking it to social media, the Blinding lights singer hit the ‘Gram with a coded post-

“XO + 999 Thursday Night.” “XO” which symbolizes The Weeknd and his label and “999” is a symbolic number that Juice WRLD would use a lot in his songs and career when he was alive.

So this cryptic announcement was all about a posthumous collaboration with the later rapper Juice WRLD. It did not take much time for fans to realize what the R&B powerhouse was trying to tell his fans.

All he did was choose the nicknames to formulate his coded message!

The timing of the release of the song is slightly odd as both the artists have their songs on Top 10 of the Billboard. So, a collaboration could jump them back up to the top and immortalize their song for good.

About three months before Juice World died, he took to Twitter to say that He and The Weeknd would make a ‘Diamond Record’.

Me and The Weeknd would make a diamond record…

The song does not have a title so far, and we still do not have confirmation if the song is brand new or a possibility of a reworked version of a tune featured on either of the artists’ full-length songs. 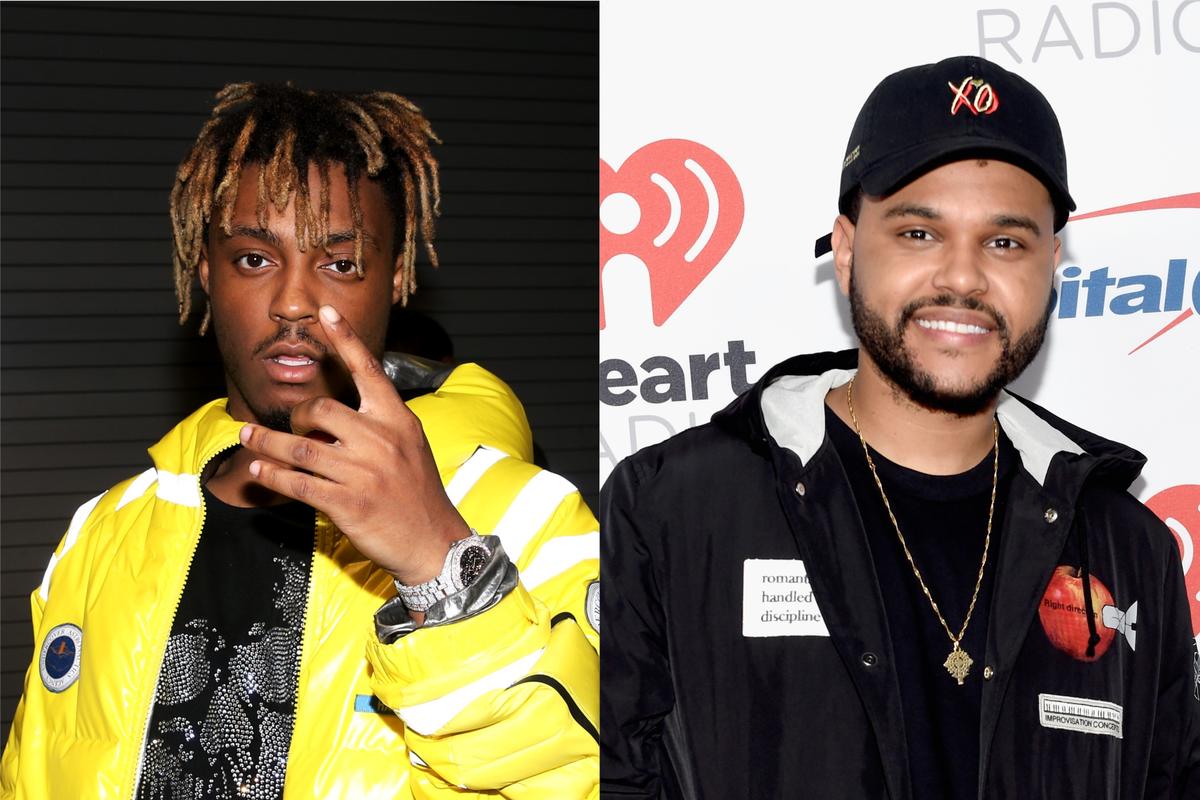 Lil Bibby previously confirmed that a deluxe edition of Juice WRLD’s Legends Never Die will be dropping shortly. Maybe, the new track with The Weeknd will be included with it.

For more updates on ‘The Weeknd and Juice WRLD Collab’, do stay tuned to The Hollywood Tribune for more news from Hollywood and beyond.