Most of you know Andy Samberg for his role as Jake Peralta on Brooklyn Nine-Nine, and we love him for it too!  Like many other actors, Andy Samberg has jumped the line between television and films. While we will always remember him fondly as jake, in order to give him the popularity he deserves as well as to fulfil all your Samberg desires, we at THT have put together a list for you of the Top 5 Andy Samberg Movies that we consider worth watching. 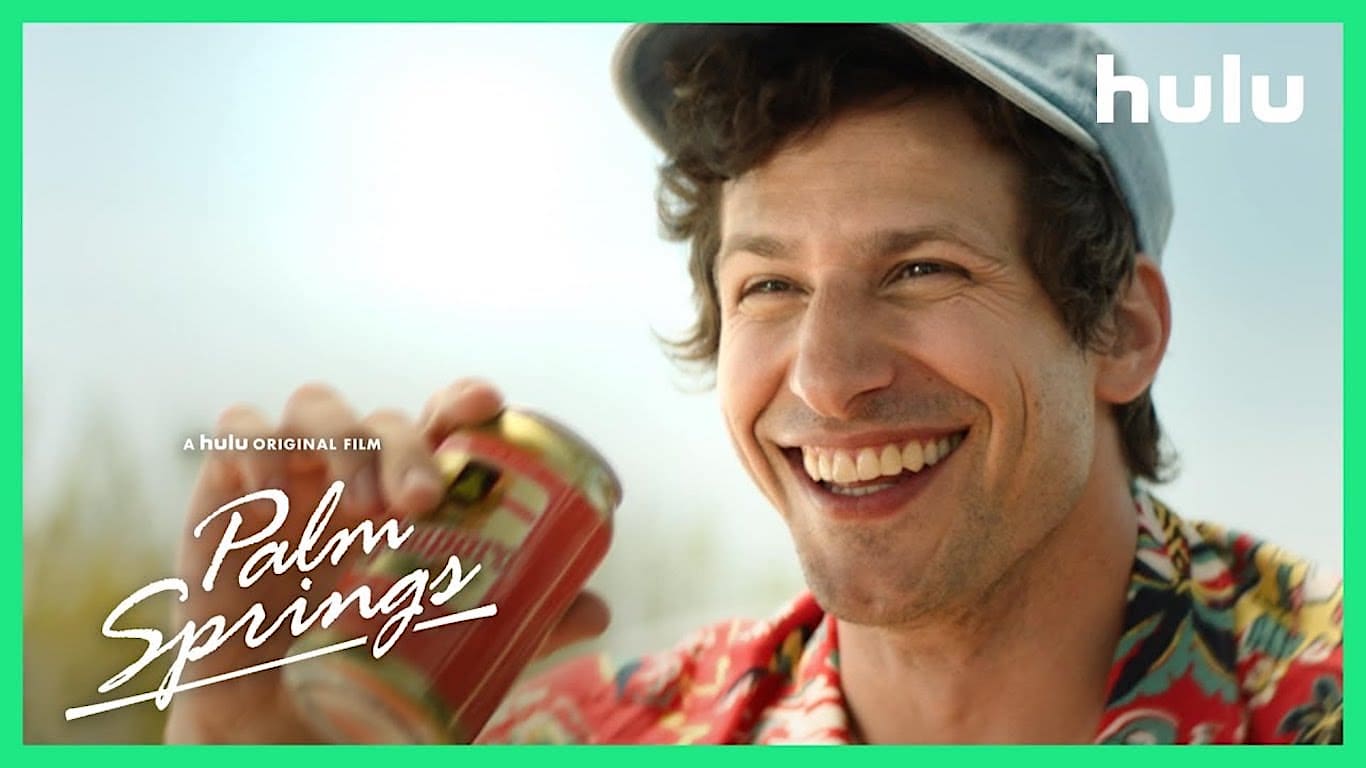 A 2020 American rom-com, Palm Springs marks the directorial debut of Max Barbakow. The film released in January 2020 at the Sundance festival, and received positive reviews from critics, with praise for the performances and use of the concept.

The film has been released on HULU on 10th July 2020 and has won the audience’s love in a short window of time.  Starring Andy Samberg, Christin Milioti, Peter Gallagher, and JK Simmons, it weaves a story of two strangers who meet at a wedding in Palm Springs and find themselves stuck in an endless time loop.

When Stuck at a wedding in Palm Springs, Nyles (Andy Samberg) meets Sarah (Cristin Milioti), who is the maid of honour and also the black sheep of the family. After being rescued by Nyles from a disastrous toast, Sarah becomes drawn to him and his nothing-really-matters attitude. Watch and find out how this funny movie wins your heart! And why we included this in our list top 5 Andy Samberg movies 😉

Brigsby Bear is an American comedy film released in 2017 and directed by Dave McCary.The film stars Beck Bennet, Kyle Mooney and Mark Hamill. We didn’t see much of Samberg in this movie as he was a lot more invested behind the scenes. The Lonely Island produced Brigsby Bear. The film received acclamation for its sentimental tone, script, and direction, cast and art design.

The movie follows a captive man named James, recently rescued from an underground bunker where he obsessed over a children’s television program titled Brigsby Bear Adventures. When he realizes his captor was the one who created the show, his fascination leads him to finish the storyline himself. This film may well be the darkest film we have on our Top 5 Andy Samberg movies list. 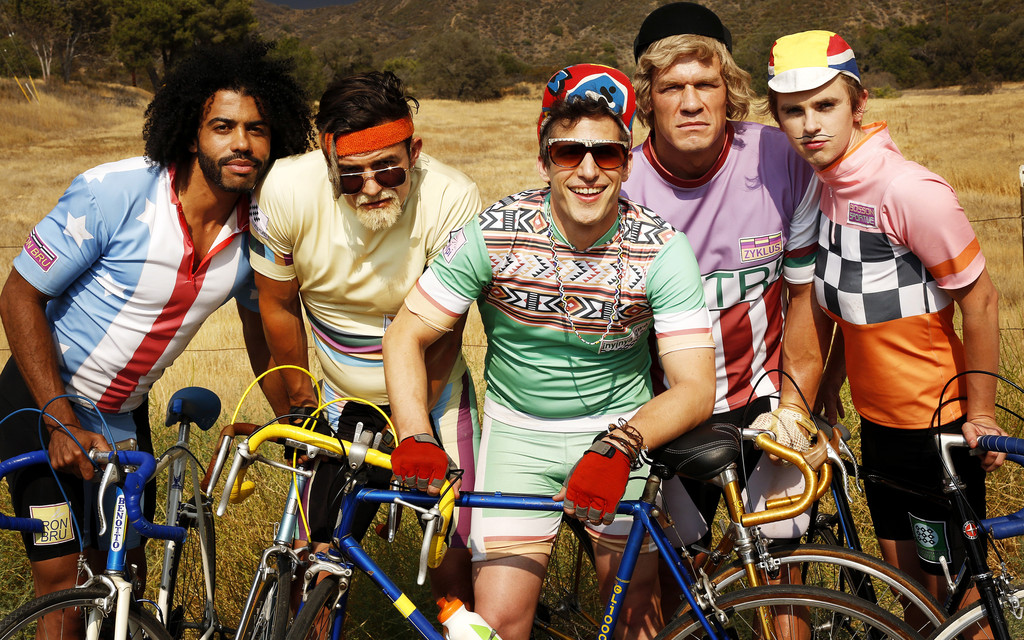 Directed by Jake Szymanski, the Tour De Pharmacy is a 2017 sports doping mockumentary( A film/show on fictional events presented as a documentary). The film stars Andy Samberg, Orlando Bloom, Freddie Highmore, Daveed Diggs, and John Cena. The jokes are as quick and relentless as gunfire so you can be sure you won’t be done chuckling before something even dumber comes along.

Set in a fictional 1982 during a supposedly dark time in cycling history, The sport of cycling, one of the most revered and time-honoured races, was marred by the doping of virtually all of its competitors. The film, shown from the perspective of five riders, gives its viewers an insiders look into the grim realities of one of the darkest events in a sport that is notoriously tainted by controversy. 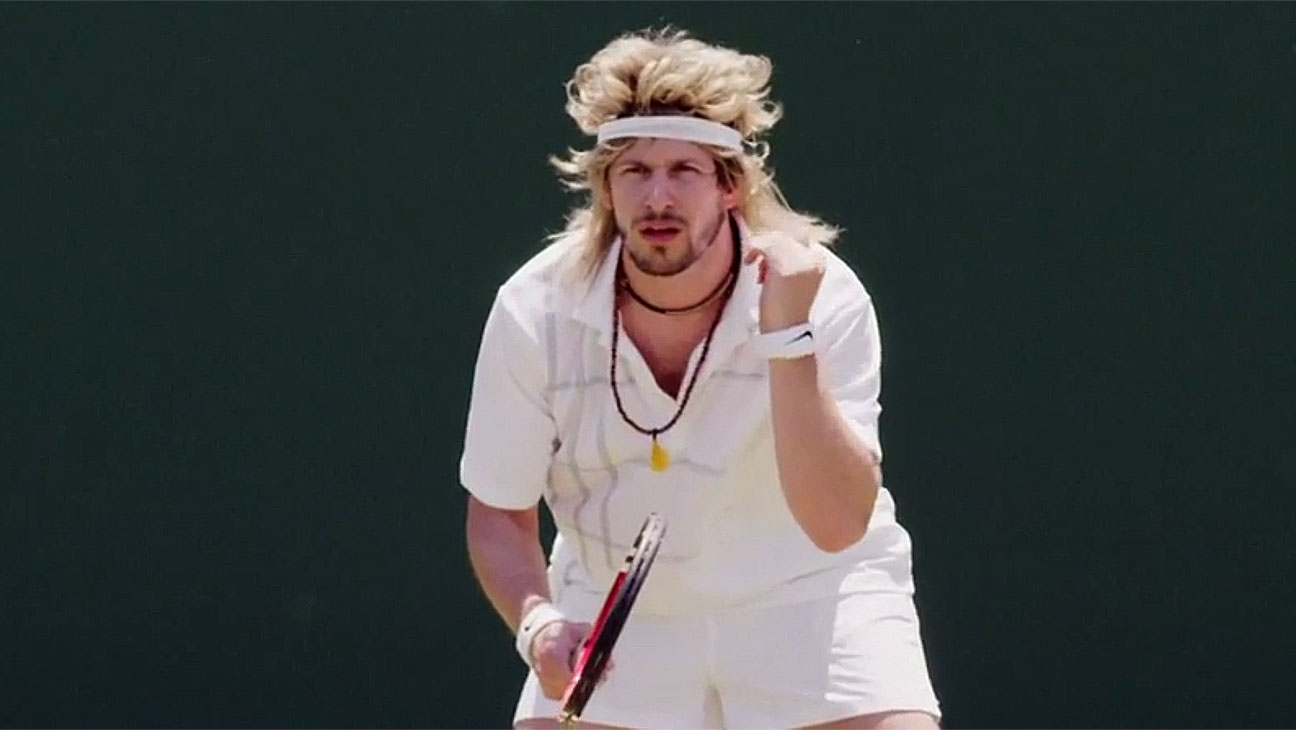 Another Mockumentary, directed by Jake Szymanski and stars Andy Samberg and Kit Harington in the lead roles. 7 Days In Hell was inspired by the Isner-Mahrut marathon men’s singles match at the 2010 Wimbledon Championship. In the mockumentary, Aaron Williams (Andy Samberg) and Charles Poole (Kit Harington) are professional tennis players who face off in what becomes the longest match in history.

The documentary ends with video flashbacks of Poole and Williams praising each other. The film’s ridiculous premise along with its off-brand humour made it one of Samberg’s stranger comedies and clearly one of his best. Definitely had to be on our list of Top 5 Andy Samberg Movies! 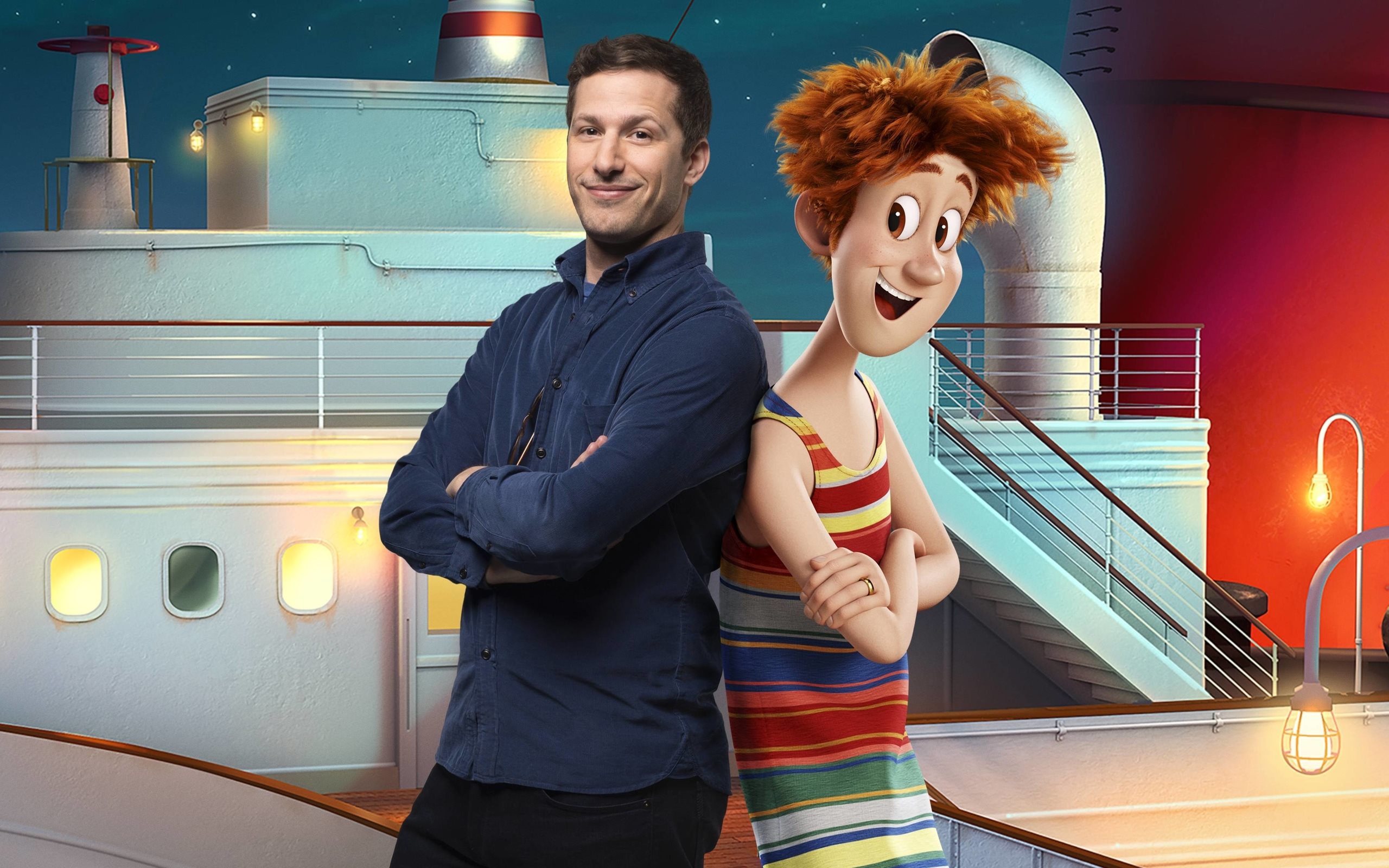 The owner of the Hotel Transylvania throws a party for his daughter’s 118th birthday. Yes, you read it right! Because the owner is none other than Count Dracula (Adam Sandler) himself. He built a hotel where the world’s monsters can take a break and stay away from human civilization.

When the supposedly “human-free hotel” is unexpectedly visited by an ordinary 21-year-old traveller named Jonathan (Samberg), Drac must do something to prevent things going to Hell, literally! Watch and find out why this bagged a spot in Top 5 Andy Samberg movies.

Stay tuned to The Hollywood Tribune for latest updates on  Andy Samberg movies and more news from Hollywood and Beyond.