While Netflix may have upper hand over them when you consider original series, Hulu has an incredible line-up of shows which you cannot find somewhere else. So today, we from The Hollywood Family recommend our readers top 6 shows trending on Hulu. I’m sure you’re as excited as The Hollywood Tribune to discover more on the top 6 shows trending on Hulu.

The Hollywood Tribune knows your habits. After a long day of work and endless stream-able content to choose from, you will hit your couch/bed and enjoy your favourite show’s rerun. Don’t do that for a change as there’s plenty of good shows available which I’m sure you will enjoy. There are few destinations for that, but only a few of them are as vast as Hulu.

While Netflix may have upper hand over them when you consider original series, Hulu has an incredible line-up of shows which you cannot find somewhere else. So today, we from The Hollywood Family recommend our readers top 6 shows trending on Hulu. I’m sure you’re as excited as The Hollywood Tribune to discover more on the top 6 shows trending on Hulu.

We start of the top 6 shows trending on Hulu with Letterkenny. Trust me we know you must be like, what on earth is Letterkenny and that’s just keeping it mildly. The show set in the remote, rural town of Letterkenny is entirely populated by hicks, skids, hockey players and Christians. Co-created by Jared Keeso who stars as the town’s tough guy Wayne, we focus on his friends Daryl (Nathan Diles), Katy (Michelle Mylett), Squirrelly Dan (K. Trevor Wilson) and as well a pair of hockey players, Reilly (Dylan Playfair) and Jonesy (Andrew Herr), with whom Katy has a three-way relationship. 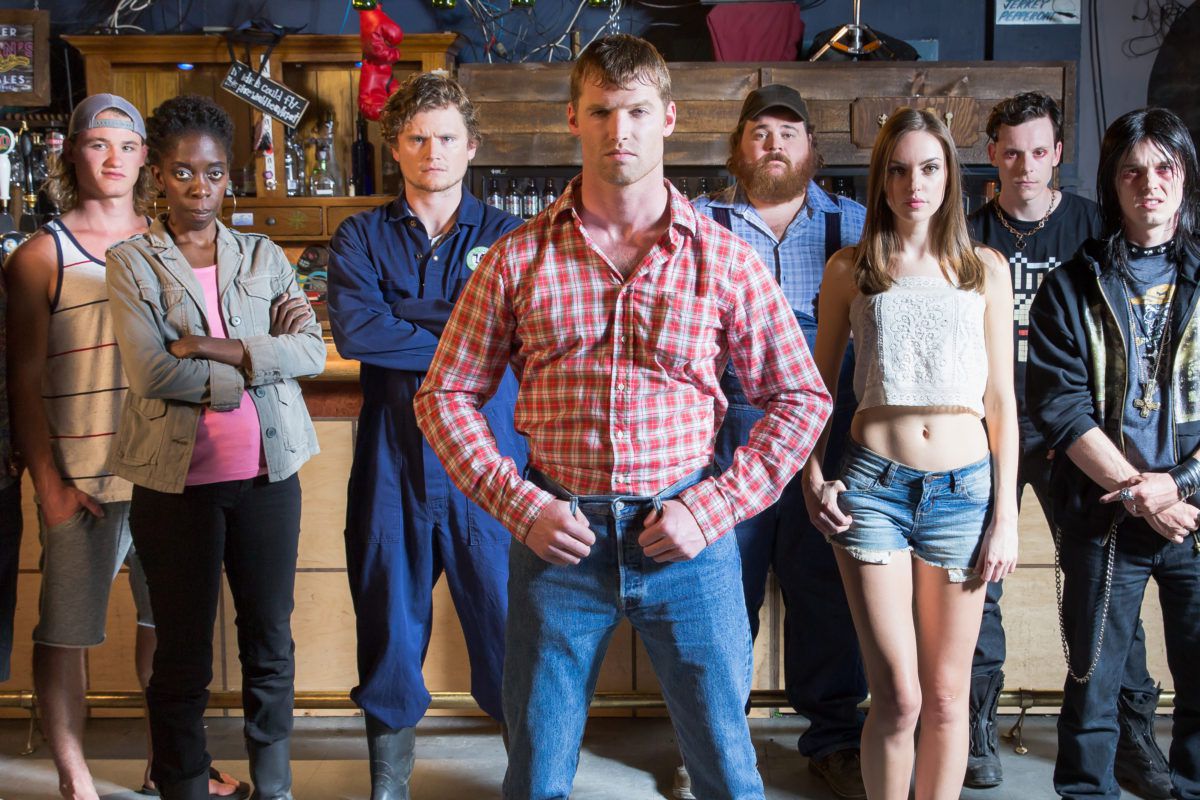 The show revolves around them and their encounters with other eccentrics in their town of Letterkenny. Simultaneously a lot and nothing happens in this show, the series has developed their language it is still known for its speedy exchanges and recurring jokes. The attention to detail and clever dialogues makes Letterkenny, a show that you might not expect from a series set deep within the farmlands of Ontario.

Coming fifth to our top 6 shows trending on Hulu is Ramy. To simply put, Ramy is a glimpse into the life of a millennial Muslim. The show is created and stars comic Ramy Youssef, but it only isn’t about a millennial dealing with the ups and downs of work and dating in the 21st century but also about a Muslim trying to lead a moral life in amoral time. The show focuses on Ramy’s effort to commit to his faith and what it means not to drink or do drugs but has premarital sex and also not looking to settle down anytime soon as a young man living in New Jersey. 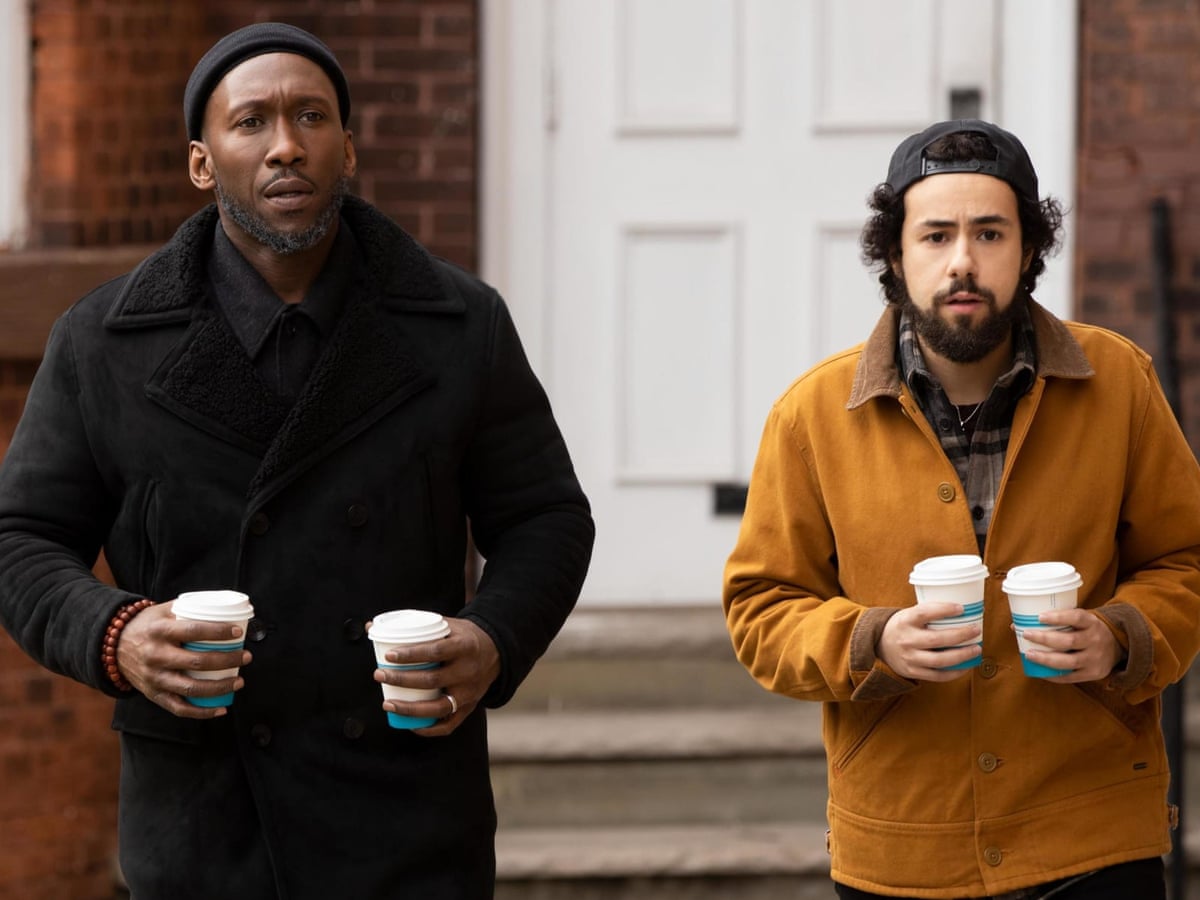 Ramy also shows the varied experiences of everyone in his family with episodes providing glimpses into kinds of fetishization and stereotyping each of them endure. This show gives us a refreshing perspective on the struggle of finding meaning in a world controlled by forces we don’t always understand.

Harlots is set in 1763 England where one in every five women is a prostitute. This series is written and directed by Moira Buffini and Coky Giedroyc, respectively.  The historical drama follows Margaret Wells (Samantha Morton) running a brothel in 18th century London and as she moves into the territory of her former boss Lydia Quigley (Lesley Manville), this sparks a war between them. 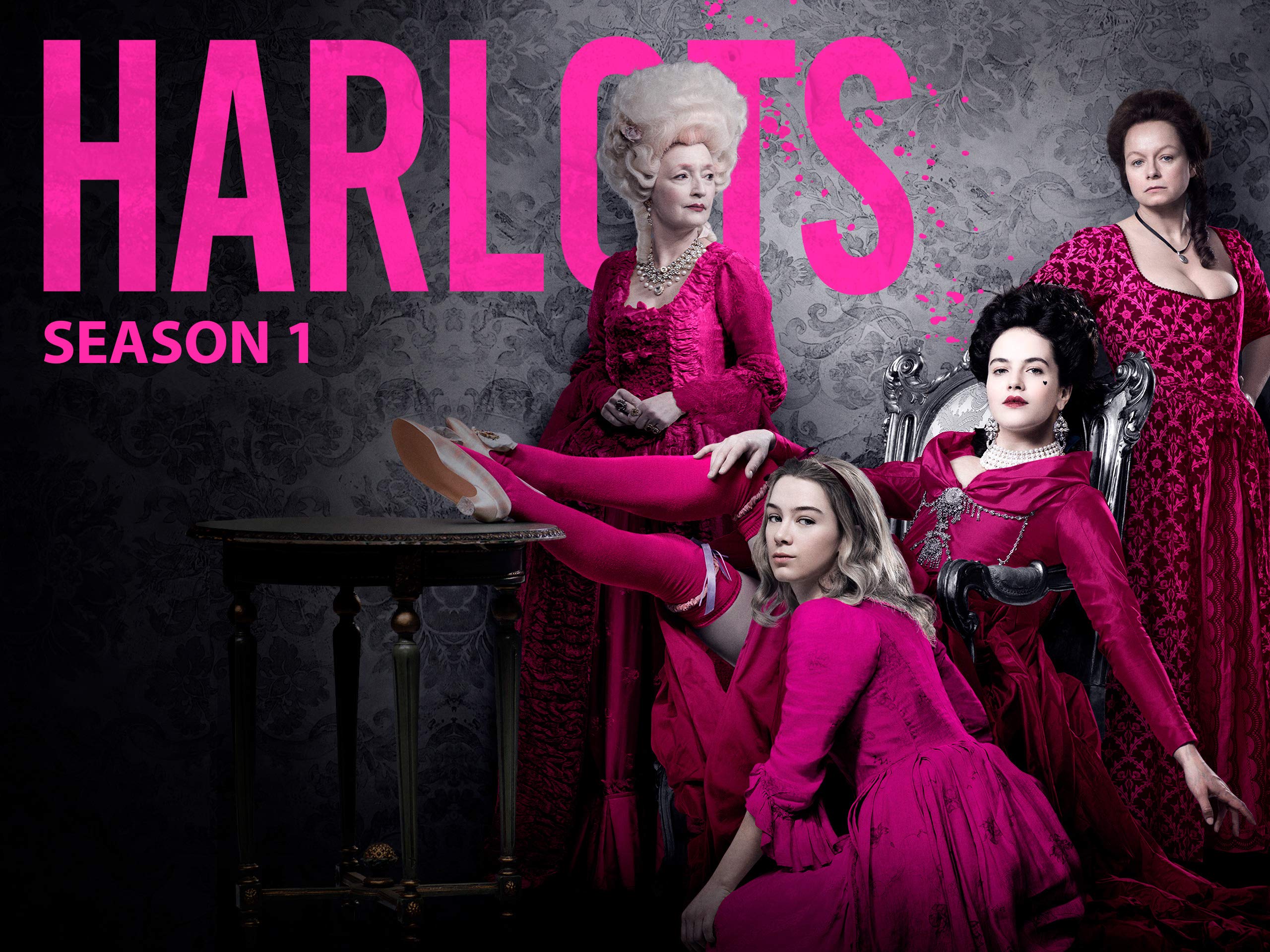 Caught up in Margaret’s plans are her daughters, Charlotte (Jessica Brown Findlay) and Lucy (Eloise Smith) who have been pushed into prostitution by their mother. As you can expect there’s a lot of sex, but it not a sexy show and it tilts more into a serious family drama about a hardscrabble woman using the only card they possess in order to maintain some control over their lives. It is a complicated drama with intriguing characters and a great show for people who like historical dramas on the seedier side. We are not over with our top 6 shows trending on Hulu yet. Scroll down to discover more of our top 6 shows trending on Hulu.

Out of all the adaptations from different streaming platforms, Castle Rock felt like the most terrifying of the lot. The show stars Sissy Spacek, Andre Holland, Bill Skarsgard and the follows the story of Henry (Andre Holland) a death-row attorney who is summoned home after a young man is found imprisoned beneath Shawshank prison.

Henry’s got a dark past which involves the unsolved murder of his father, an event he has no memory about though. With this intensifies strange happenings around the town of Castle Rock as The Kid (Bill Skarsgard) is set free and must figure out how he is connected to Henry, his family and the history of the town. 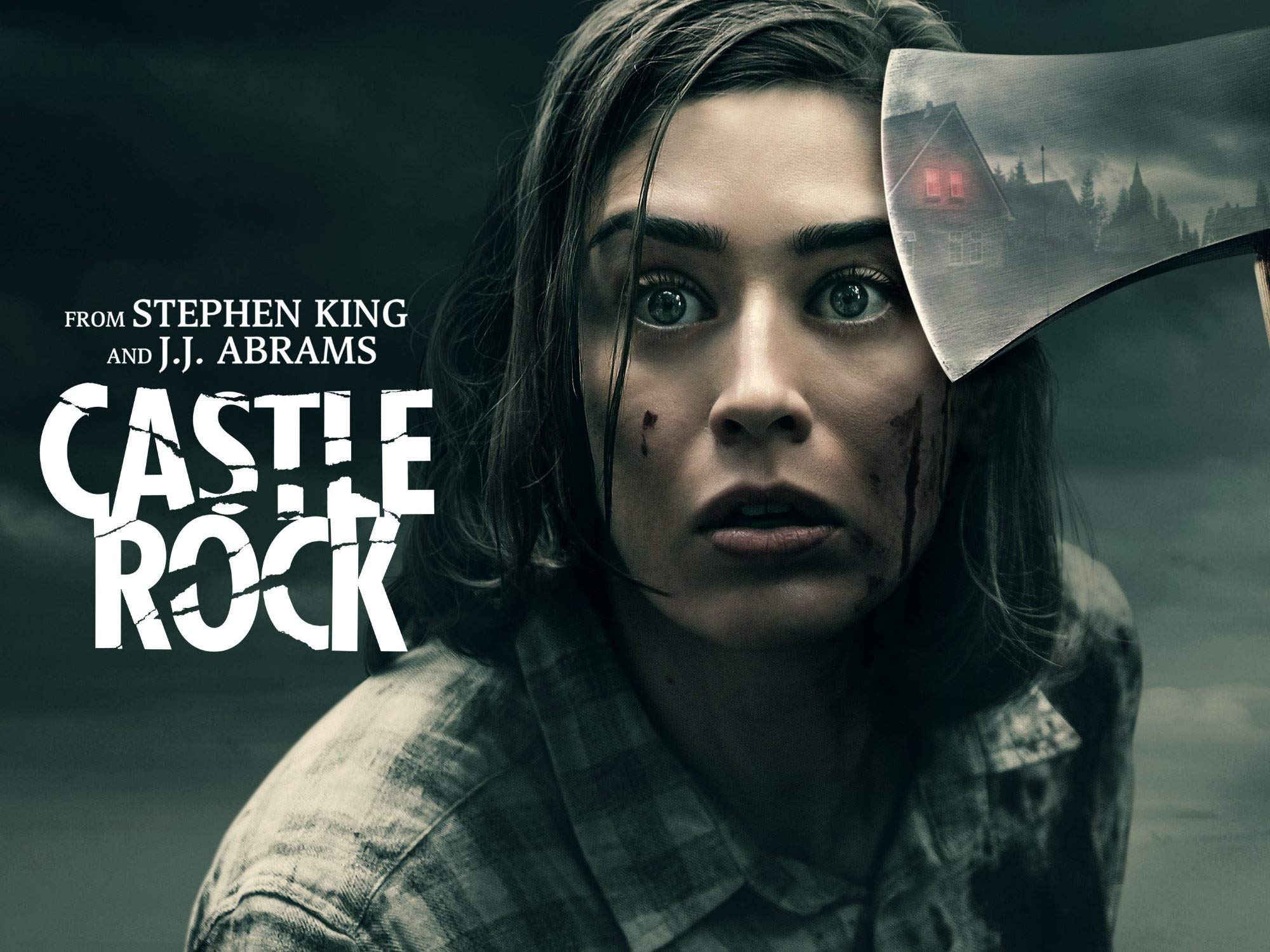 The show is equally terrifying and brilliant and absolutely what you ask or expect from a Stephen King adaptation. The show’s second season feels just as good, with Lizzy Caplan stepping into the role of Nurse Annie Wilkes. Castle Rock is loaded with Easter Eggs for King’s ardent fans, but don’t worry as it tells a creepy story that can stand on its own merit. Two more still left of the top 6 shows trending on Hulu!

Atlanta is perhaps the most inventive show on TV right now and to understand it you have to watch this surreal comedy-drama. The show follows Earn (Donald Glover) a college dropout who sleeps at his on/off-again girlfriend’s place while simultaneously struggling to provide for his child. When Earn gets to know about his cousin’s Alfred’s (Brian Tyree Henry) success as a rapper named Paper Boi, Earn becomes Alfred’s manager. 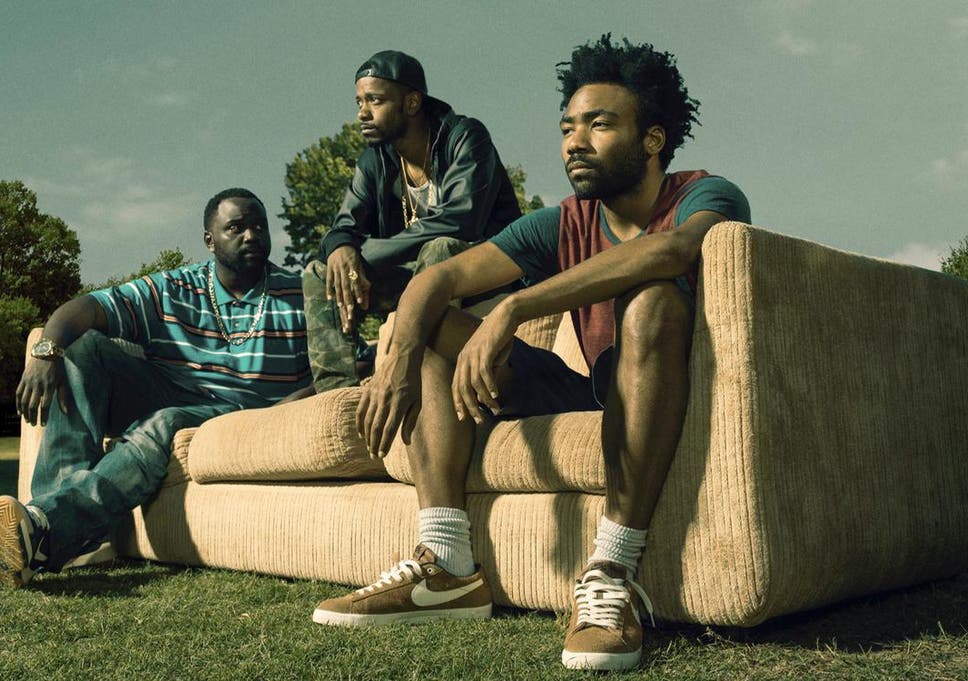 With no overarching plot to Atlanta, most of its episodes play out like a short film. Over the first season and second season, Earn struggles with issues like race, classism and his self-worth. The show often experiments with a variety of stories and formats, which is daring and frequently poignant, thereby making it the most exciting TV show to watch right now. One more is still left for you to complete our list of the top 6 shows trending on Hulu. Hurry!

Based on the Margaret Atwood novel of the same name, The Handmaid’s Tale is set in a not-too-distant future, after an environmental disaster causes widespread infertility, an extreme cult called Gilead in the United States establishes a Christian fundamentalist government. Women are relegated to subservient roles in this new society and due to low birth rates; a class of women called “handmaids” is inducted to bear children for the leaders of Gilead.

The protagonist of this story is a woman known as Offred played by Elizabeth Moss, who is forced to have ritualised sex with Commander Fred Waterford (Joseph Fiennes) to provide him and his wife a child. With exceptional performance from Elizabeth Moss, the series boasts strong performances from its supporting cast which includes Yvonne Strahovski, Samira Wiley, Joseph Fiennes and Alexis Bledel who devastatingly steals the show. It’s a difficult series to watch, but with the current political climate, the themes resonate loudly with its second season being even darker and powerful.

Finally, we come to the end of this list of the top 6 shows trending on Hulu. Stay tuned to The Hollywood Tribune for more such lists and more news from Hollywood and beyond.