Fight Island is absolutely real, and it’s nearly time to hop on a plane and head out with the excitement after things stopped due to the pandemic. The colossal UFC 251 is set to continue its ultimate fights on Yas Island in Abu Dhabi for a series of events beginning on July 11 for UFC 251. The latest edition will be headlined by a trio of title fights, which includes the most awaited main event of welterweight champion Kamaru Usman taking on Gilbert Burns. 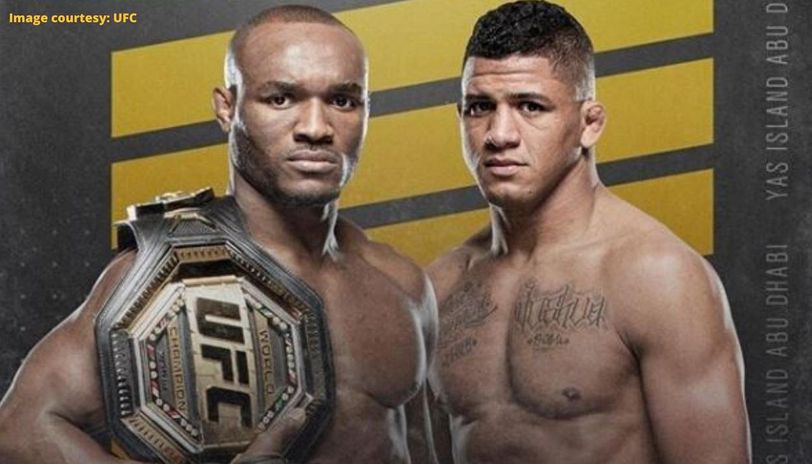 The pair have been training partners and teammates for a long time in the past, and share nothing but respect as they go into the familiar territory to face each other. Usman has moved his camp to Colorado to work with Trevor Wittman while Burns stayed home at Sanford MMA, though he won’t have coach Henri Hooft in his corner as he wants to remain impartial to both parties and to show mutual respect.

Challenging for the UFC belt is Burns’ ultimate goal, of course. But the title picture is crowded with names like Jorge Masvidal, Leon Edwards, Colby Covington and even Conor McGregor. Burns currently sits on top of the 170-pound weight class after his latest dominating win over Woodley. It seems UFC 251 is going to be interesting for a lot of reasons. 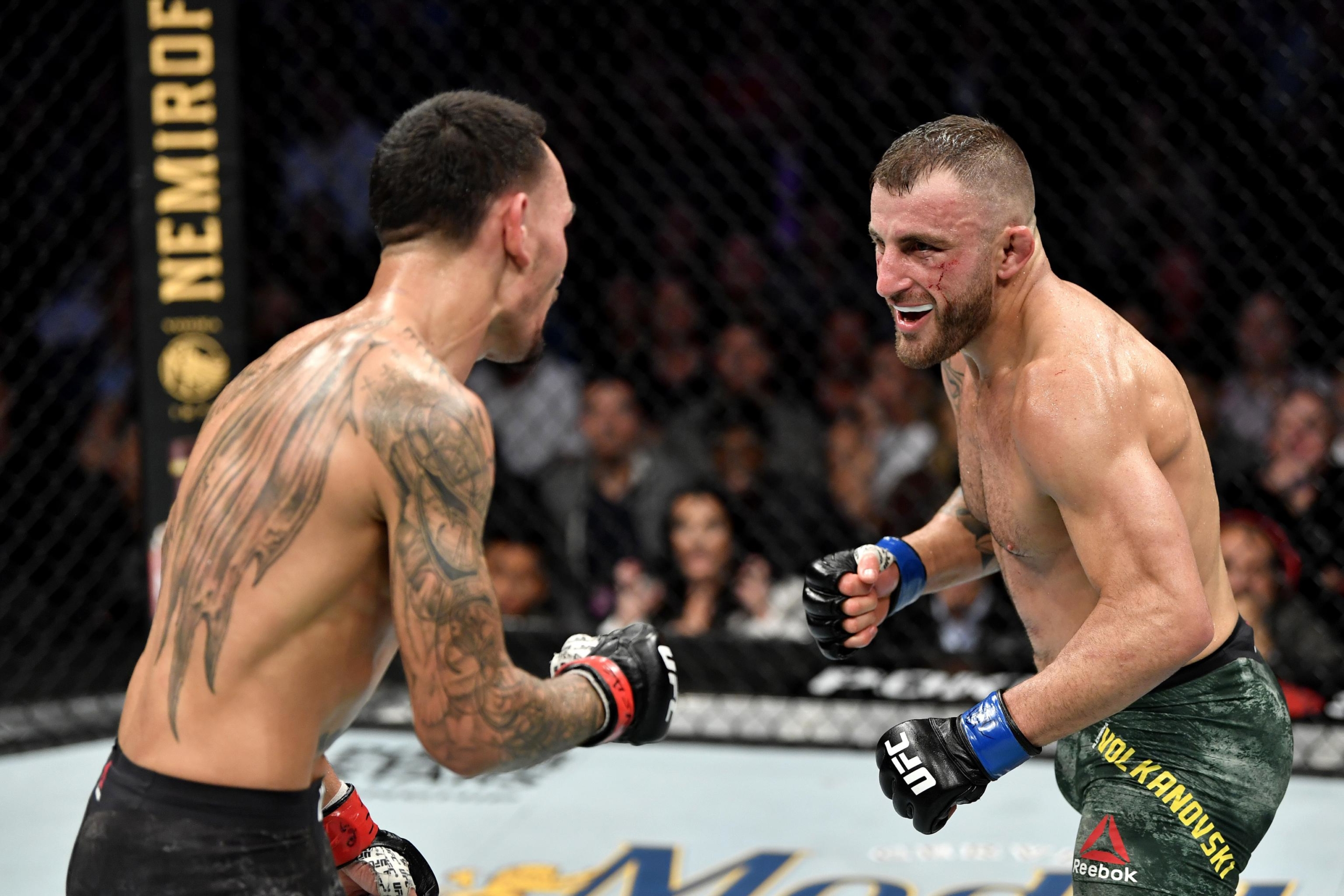 The second title fight will be a rematch of December’s thrilling technical battle between Alexander Volkanovski and Max Holloway. Volkanovski is on as strong a run as any at 145 pounds with 18 strong and dominating back-to-back wins since the start of 2013. Meanwhile, Holloway will look to get back on the winning track as he sees some drip in his own form. Before his drip in form, he was on a Volkanovski-type run, going undefeated for five straight years and claiming the title with two wins over Jose Aldo.

A pair of important women’s fights round out the main card for UFC 251. Top strawweight contenders Jessica Andrade and Rose Namajunas will finally meet for their rematch after being scheduled to fight at UFC 249 in April. Kicking off the main card will be a women’s flyweight scrap between Paige VanZant and Amanda Ribas. It has been reportedly known that this will be VanZant’s final fight on her UFC contract. 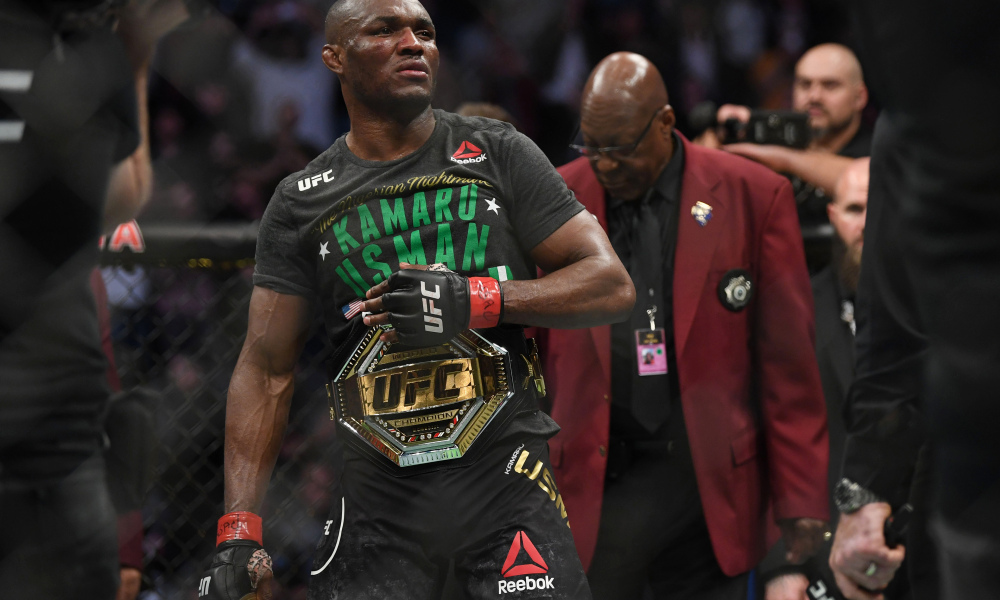 Dana White announced the rest of the fight card on June 18, with the complete list of 13 fights to fill out the prelims and early prelims. 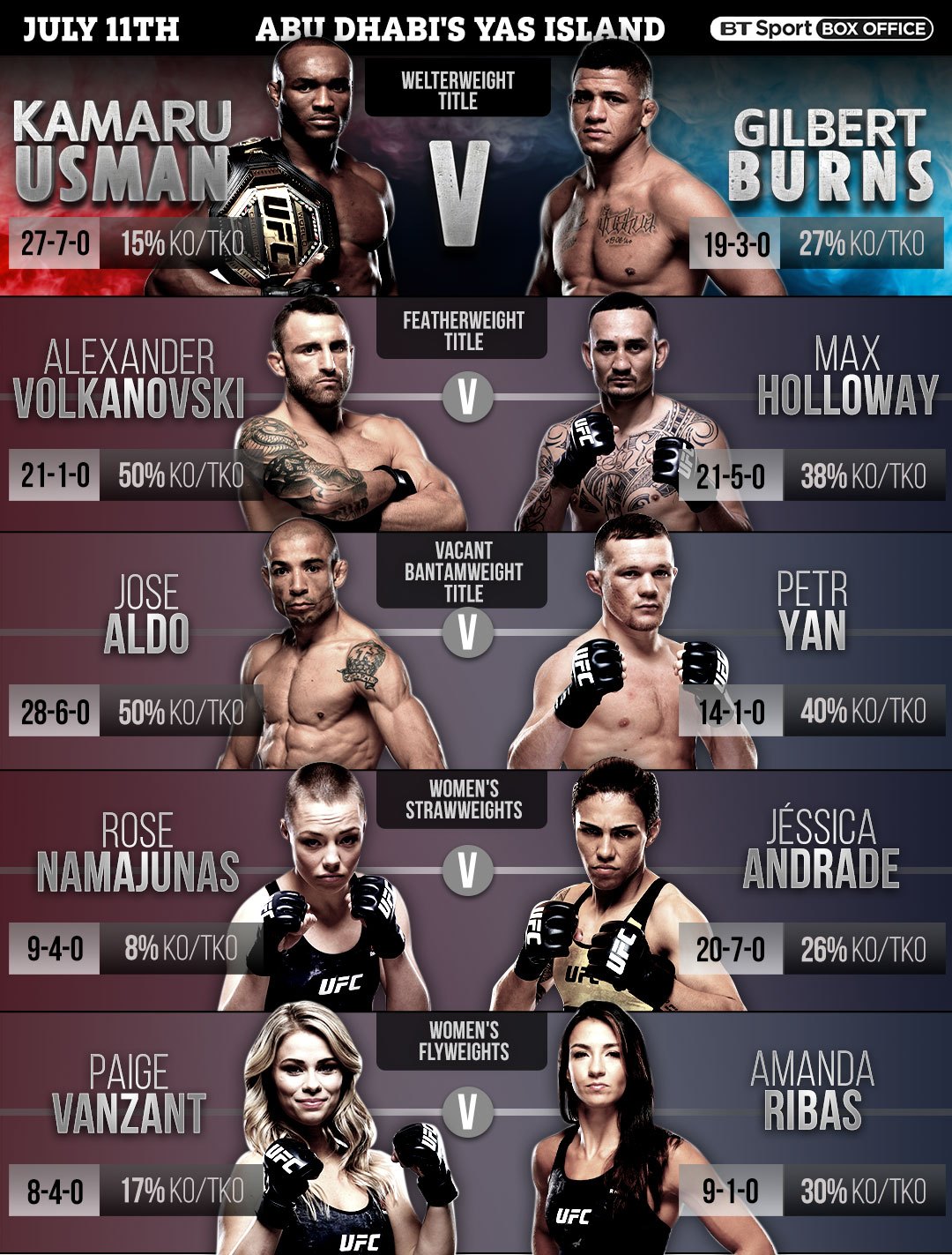 Here is the recently announced updated fight card for the colossal UFC 251.